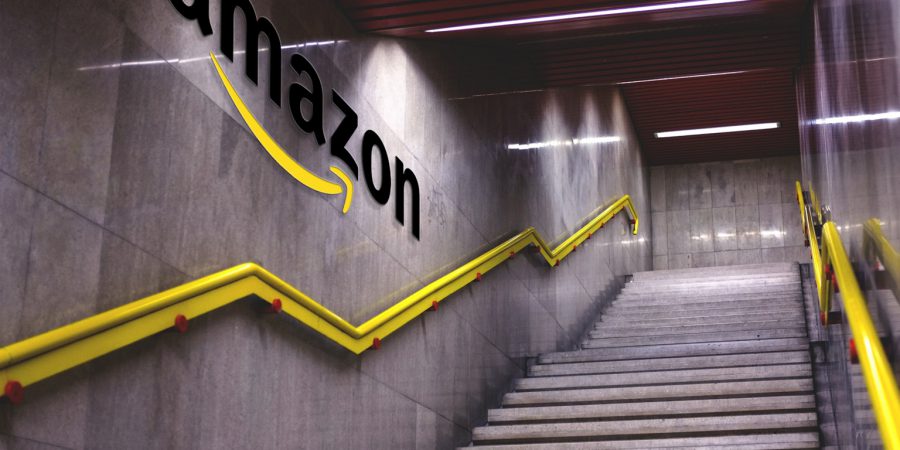 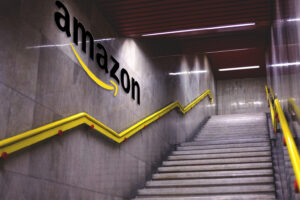 Confused by the behavior of Amazon’s sales rank? John Doppler takes the mystery out of this frequently misunderstood feature.

We’re all familiar with Amazon’s sales rank, those tantalizing numbers that have driven authors to obsessively revisit their pages over and over in hopes of seeing their book climb through the ranks.

Has my rank changed yet? Better refresh it again…

Yet, as a closely guarded secret, Amazon’s sales rank remains a perpetual source of confusion and myth.

Amazon won’t disclose their proprietary algorithms, but thanks to some clever analysis by indie authors, that formula has been reverse engineered. And once you understand that formula, the quirks of sales rank make much more sense, and you can use them to your advantage.

1. Each sale or download of a product counts as one point toward a hypothetical “rank score”.
2. Each day, the preceding day’s score decreases by half, and is added to today’s points.
3. For each category on Amazon, books are ranked based on their current scores.

…but the devil is in the details.

The underlying process is simple, but there are aspects of the process that contribute to the “strange” behavior of the algorithm.

Sales rank is relative to other books.

A book does not exist in a vacuum. As your book rises in sales rank, it will displace other books. As other books rise through the ranks, your book may be pushed downwards.

This counterintuitive feature of the algorithm is responsible for more confusion than any other.

The more recent the sale, the more weight it has.

Because the formula weights sales by recency, the effect of a sales spike quickly fades. The algorithm favors steady sales over a dramatic surge.

Consider the two books below (Figure 1). Book A experiences slow, constant growth for the first two weeks. Book B offers a promotion which results in an explosion of sales, but those sales quickly settle back to normal levels once the promotion ends. 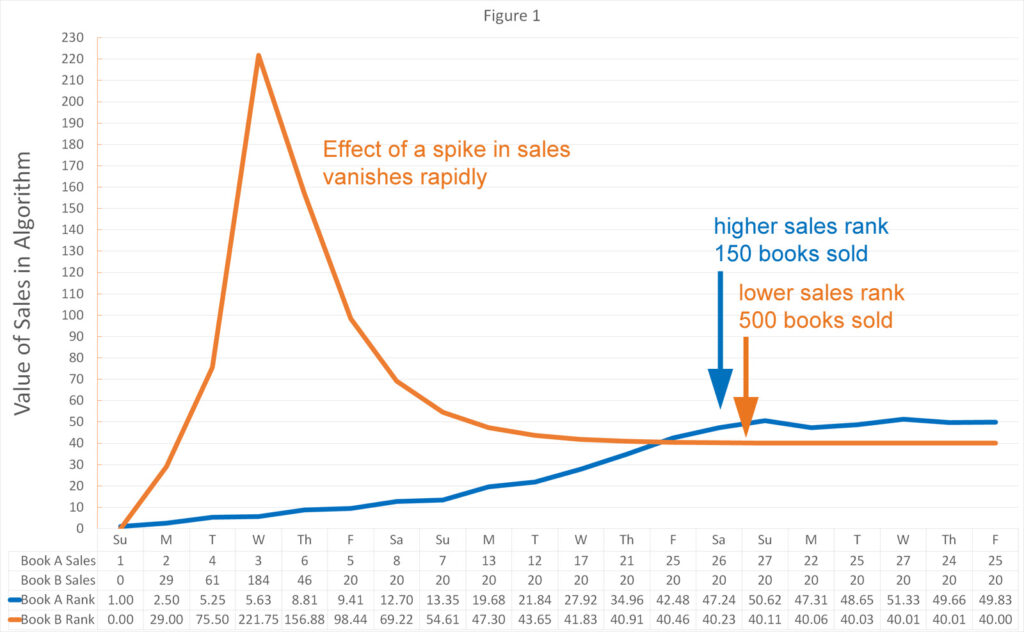 At the end of the second week, Book A holds a higher sales rank — and has better visibility — even though Book B sold over three times as many copies.

And this underscores a point we’ve made in the past: publishing success is a marathon, not a sprint, so authors should be focused on long-term success.

Reviews, ratings, and price do not affect sales rank.

Sales rank is governed by sales and downloads, with a little adjustment by Amazon’s algorithms. Sales rank is unaffected by the number of reviews, ratings, or any aspect of a book other than its sales performance.

Enrollment in KDP Select/Kindle Unlimited does not confer any direct advantage to sales rank.

Titles in KDP Select do not receive higher placement just for enrolling in the program. However, downloads of books through Kindle Unlimited and Kindle Online Lending Library are treated as sales, and they are credited immediately.

A download is immediately recorded as a sale in the sales rank algorithm, regardless of what percentage of the book is read.

It takes twice as many sales to hit a rank than it does to maintain it.

Because each day’s sales rank builds on previous sales, twice as many sales are needed to initially achieve a rank as compared to maintaining that rank. In other words, an author may need 40 sales to initially hit a given rank, but once that momentum is established, they will only need 20 sales per day to maintain that score. (Sales rank may still fluctuate due to the performance of other titles around it.)

Similarly, if no sales are made, the book’s score is cut in half on the following day.

Twice as many sales are needed to hit a rank initially; each day without sales halves a book’s score.

Pre-orders are counted on the day the book is ordered, rather than on the date of the book’s release. This explains how books that have not yet been released may have a high sales rank, a common source of confusion.

Sales momentum is a key factor in the algorithm. The early boost from pre-orders have the potential to propel a title onto the Amazon charts faster and for a longer period of time than a launch day blitz alone would.

Now that we understand how the system works, we can leverage it.

In addition to my own experiments, this article draws heavily on the work of German indie author Matthias Matting of Die Self-Publisher-Bibel, as well as Author Earnings’ excellent analysis which confirms Matting’s findings on a much larger scale. (The AE presentation by Data Guy is well worth exploring.)

Their outstanding contributions to the author community are gratefully acknowledged.

OVER TO YOU
Do you have questions about Amazon’s sales rank? Post your comments below!

Wondering how to make the most of online retailers? Don’t miss these useful posts from our archive.