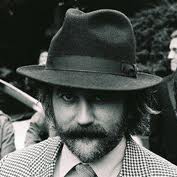 Sunday Success Stories: How I Do It – My Indie Author Adventure with J J Toner

An inspiring story of J J Toner, an Irish novelist who turned redundancy into the chance to reinvent himself as an award-winning novelist

Every Wednesday ALLi will tell the world about our members' latest book launches, news, awards,…

Self-Publishing and The Power of Creative Intention

Planning to write 1000 words a day through 2014? Resolving to definitely get that…