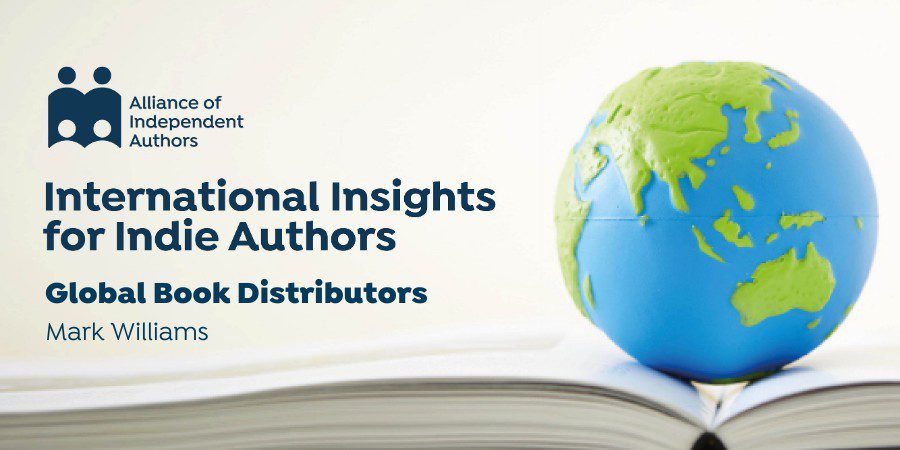 For the next edition of the Alliance of Independent Authors International Insights hosted by Mark Williams of The New Publishing Standard, we’re moving on to global book distributors. Specifically, Apple, Google Play and Nook. If you missed our introduction series to global book markets, you can read them here: Africa, India and China markets in Asia, the Middle East North Africa markets, the Ibero-America markets, the Asia-Pacific markets and the European markets, and also a special edition on the English-language markets.

Two weeks ago we looked at Amazon’s role in the international book market, and this time it’s the turn of the other four players that make up the “Big 5” indie distribution options: Apple, Google Play, Kobo and Nook. Google Play is notoriously challenging to deal with direct, and only a few aggregators offer the option. Apple, Nook and Kobo are much more user-friendly to go direct with, and are options with pretty much every aggregator, but for this essay we’ll limit ourselves to Apple Books, Google Play Books and Nook, and come back to Kobo next week, as there’s much more to Kobo than most indies realise.

Let’s start briefly with Nook—as the ebook arm of the US bookstore chain Barnes & Noble—it's only available in the USA. International? Well, it is for authors outside the US as many ALLi readers are. Nook offers ebook, audio and print distribution options, and also the option to produce ebooks and print, including hardcover.

The downsides here are that Barnes & Noble Press (formerly Nook Press) only distributes to Barnes & Noble’s online store and to Nook. It should be noted B&N Press users have a theoretical option to get their print titles into the B&N bricks & mortar stores. Not easy, but possible, and worth exploring.

It’s important to bear in mind that, over the years, Nook has come in for some rough words from indie commentators, and no question Nook’s market share in the US fell over the last decade, but spare a thought for the new regime in charge of Barnes & Noble who are have committed to investing in Nook’s future.

From Nook we turn to Apple Books, generally recognised as the second most important ebook and audiobook outlet for indie authors due to its role in the US market, but it’s also important for us at a wider global scale, but we should be wary of getting too excited by Apple, which is nowhere near as committed to digital books as we might like.

Back in April of this year Apple excitedly announced “Starting today, even more customers around the world can enjoy many of Apple’s most popular Services. The App Store, Apple Arcade, Apple Music, Apple Podcasts, and iCloud are now available in 20 more countries, and Apple Music is available in 52 additional countries.”

Important to note that, as well as being available nowhere across Africa, Apple Books is also a non-player across Asia except for Japan, Australia and New Zealand.

Whether going direct or through an aggregator, do remember to spend some time setting prices for each country to maximize impact. To see your title in each country, simply find the URL for one country – here’s one of mine by way of example –

All you need to do is change the two letter country code (in this case ‘lu’ as this listing is for Luxembourg) to the desired country on the Apple Books list and you can see how your books are presented on the local site. PO for Poland, PT for Portugal, SE for Sweden, etc. Be advised it’s GB for the UK. You can find all two-letter country codes here.

It should be noted that Apple Books is actually available in many more countries but only for US public domain books. Not a lot of use to us indies, but leaving the door open to possible expansion in the future. But don’t hold your breath waiting…

Apple Books’ 51 countries is of course much more reach than we get from Amazon, but not as much as Google Play Books, which gives us 75 countries.

Google Play Books, which again is digital only (ebooks and audio), is essential if we are serious about international reach, but be warned it is not the global giant some in publishing think. It’s a common misconception that because Android devices often carry Google Play as a default app, that Google Play Books is available on all android phones. It is not.

While Google Play itself is pretty much worldwide, Google Play Books is only available in 75 countries, which is way more than Amazon, and a third more than Apple, but still only a third of the world. Keep that in mind. Amazon, Apple and Google Play between them give us reach to less than half the world.

Which countries is Google Play Books in? Here’s the list:

Kobo, counter-intuitively, has fewer localised stores than either Apple Books or Google Play Books but has wider reach than Amazon, Apple and Google Play combined. And for all its (many) shortcomings Kobo is treasure trove for indies serious about going wide and global. More on that in a dedicated post on Kobo next week

(See this post on how indies can reap rewards from international book fairs).

Google Play is available direct and via PublishDrive, XinXii and StreetLib.

Nook is available direct and via BookBaby, Draft2Digital, Ebook Partnership, PublishDrive, Smashwords, StreetLib, XinXii and others.

N.B. This list is not exhaustive but is accurate to the best of my knowledge. So here’s a call out to you, the reader, or perhaps our friends at the various aggregators. Please do submit additional info or corrections in comments so we can update the list as we go forward.