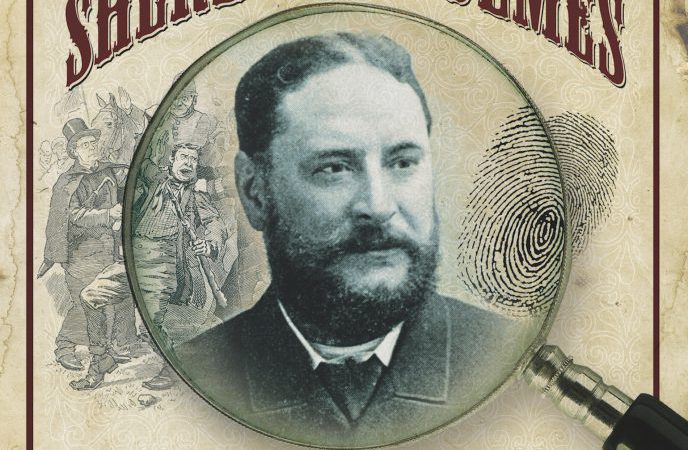 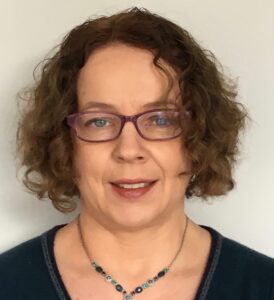 Angela Buckley, turning past crimes into a present career as an indie author

British non-fiction writer Angela Buckley, who is both trade published and self-published, describes her life of crime – crime-writing, that is, and why she chose that particular genre.

My life in crime began with my own family. Whilst on a break from my teaching career, I decided to research my family tree. It wasn’t long before the skeletons came tumbling out of my genealogical cupboard. Many of my ancestors broke the law, committing petty crimes such as theft, trespassing, brawling and even swearing on the highway! However, when I explored my roots in my home city of Manchester, I uncovered a much more sinister crime and an extraordinary link, which led to a complete change of career.

Inspired by my Family Tree

I was tracing the history of my 3x great-grandfather, John Dawson, who was a Victorian wheeler and dealer living in the slums at the heart of the city’s infamous underworld, when the 1861 census revealed a shocking secret: John Dawson’s occupation was listed as ‘beer and coal seller’, but over the entry in tiny, spidery writing, the enumerator had added, ‘Keeps a house of infamous notoriety’. Following the entries for John’s wife and their eight children, were the names of five young women, their occupation listed as ‘prostitute’. My ancestor was a brothel-keeper! John Dawson was convicted several times for ‘keeping a disorderly house’, and there were more revelations to come. 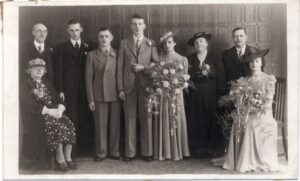 Angela’s grandparents on their wedding day

My maternal ancestors in Manchester were immigrants from Italy. In the 1880s, my 2x great-grandparents, Michele and Maria Coppola left the sunshine of the Comino Valley to settle in the grey streets of Ancoats. The most prominent member of their lively expatriate community was Detective Inspector Jerome Caminada. Having survived a precarious childhood in the slums, Jerome Caminada joined the Manchester City Police and became one of the city’s finest detectives. He was known as ‘Manchester’s Sherlock Holmes’. Further research revealed that my ancestor John Dawson’s house of ill repute was on PC Caminada’s beat, and this astonishing coincidence linked my history to his and drew me firmly into Victorian Manchester’s criminal underworld.

A Portrait of my Ancestor 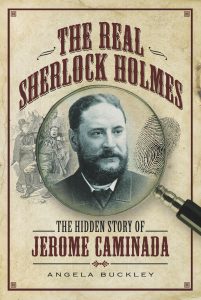 The story of Angela’s ancestor

My first book, The Real Sherlock Holmes, was a biography of Detective Jerome Caminada and was published by Pen and Sword. A master of disguise and an expert in deduction, he pursued pickpockets and thieves, ruthless con artists and ccold-bloodedkillers. At the peak of his dazzling career, Detective Caminada solved the Manchester Cab Mystery, using methods worthy of the iconic consulting detective himself. Writing about his adventures gave me a wonderful opportunity to re-visit my home city and its colourful past. 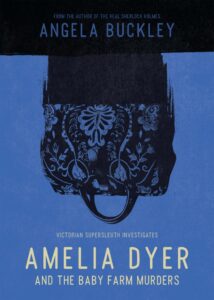 However, although I left Manchester many years ago, murder seems to follow me around. In the late 1990s, I settled in the quiet suburb of Caversham in Reading, close to the River Thames, unaware that I was living close to the spot where a Victorian serial killer had disposed of her infant victims. In 1896, a package was found in the river containing the body of a baby girl – she had been strangled. A clue on the parcel led to the arrest of baby farmer Amelia Dyer, who adopted unwanted babies for a fee, killed them and pocketed the profits. After some thirty years of plying her nefarious trade, the discoveries in Caversham finally led to her conviction for murder. My research into this case led to my first indie book, Amelia Dyer and the Baby Farm Murders. 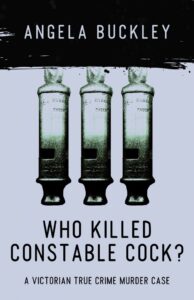 For my next historical true crime book I’m returning to the dangerous streets of Victorian Manchester. Who Killed Constable Cock? is a real-life murder case with an unexpected twist. PC Nicholas Cock was shot on his beat, in 1876 – just near the road where I grew up a century later. It’s great to be home!

OVER TO YOU Have you been inspired to start writing by a real life event? Have you written books triggered by your family tree? Has Angela’s post inspired you write about something in your own life? Join the conversation via the comments box!

#ww #Authors, why do you write what you write? @amebuckley was driven by #crime: Click To Tweet

Angela Buckley writes about real-life Victorian crime. Her first book, The Real Sherlock Holmes: The Hidden Story of Jerome Caminada, was published by Pen and Sword. Angela has now launched into indie publishing with a historical true crime series, Victorian Super Sleuth Investigates. Her latest title is Who Killed Constable Cock? Find out more about her work at www.angelabuckleywriter.com.