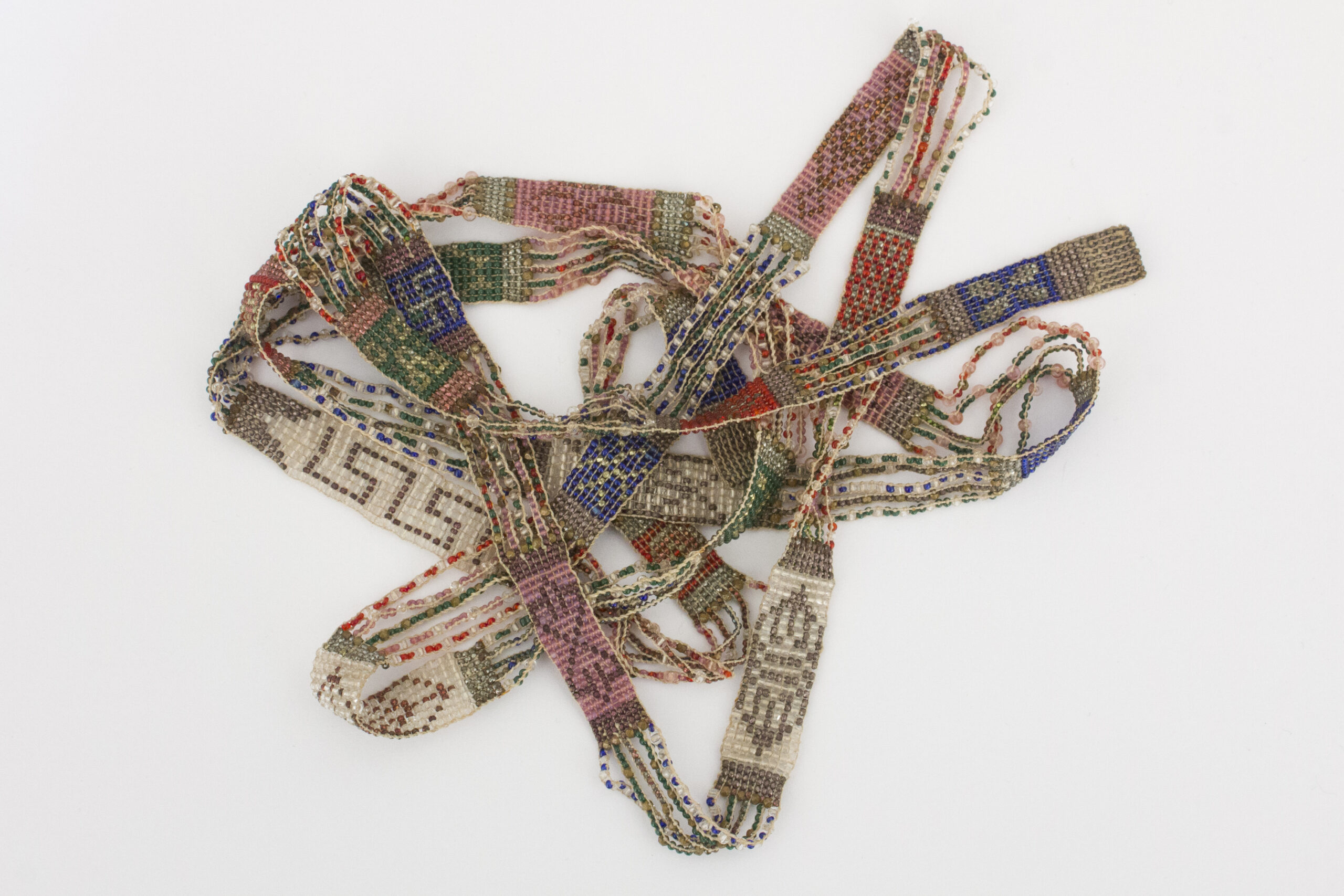 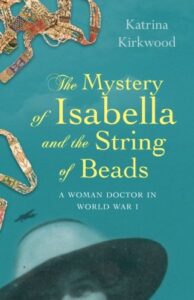 In our occasional #WritersWednesday series about what motivates us to write on our chosen topics in our preferred genres, creative non-fiction author Katrina Kirkwood explains how she arrived at the best way to tell the mysterious story behind a single artefact: a family heirloom necklace.

My Jumping Off Point: A Family Mystery

My writing began from my attempt to solve a double mystery. Was there any truth in the story that my grandmother, Isabella, had served as a doctor during WW1? And had the strange string of beads that tangled amongst her medical instruments really been given to her by a grateful German prisoner of war?

The research went well. Unexpected documents appeared from cyberspace and helpful archivists produced trophies from their vaults, yet as my computer filled with files and data swirled around my mind, I found myself an unwilling curator. I could see that the story would interest people well beyond the family – it represented the barely recorded history of the tiny group of women who, like Isabella, braved fierce opposition to serve as doctors in WW1 – but every detail I decided to ignore shaped the story and its accuracy just as much as the particulars I chose to include. How, exactly, was I to thread this surfeit of information into a true history?

Drawing on my Background as a Research Scientist 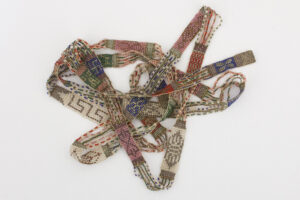 The initial inspiration: a string of her grandmother's beads

My own back story made it complicated. I had once been a research scientist. Should I dig out that old academic hat and compose a detailed treatise full of caveats and care?

I hesitated. Since I had worn that hat, I had become an artist, I had built installations exploring how much one person could put themselves into another person’s shoes and I had ended up working as a digital storyteller in the Welsh Valleys. There, my task had been to help all sorts of people make mini-films of their untold tales.

I had become obsessed with storytelling – if these silent voices were to be heard, their stories had to be told so dynamically that people were forced to stop and listen.

So now, faced with a mass of material, how was I to get people to listen to Isabella’s untold tale? An academic treatise would reach very few people, but fiction was equally out of the question – the whole point of the story was that, however unlikely it seemed, it was true.

“Creative nonfiction,” advised somebody. A logical impossibility, I thought.

But I investigated. I began travelling. I risked letting scenes come alive – and my inner storyteller loved it. 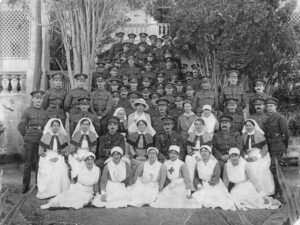 Isabella, (Big white hat, no uniform) one of the first women ever to be employed by the British Army, in Malta with the RAMC in 1916

But it was hard. With every painstaking sentence, I understood why biographies fill up with ‘might haves’, ‘could haves’ and ‘would haves’. My scientific side reacted fiercely, “How dare you describe those scenes? However much they make Isabella’s life more vivid, what about certainty? How can you be sure?”

The storyteller fought back just as ferociously, “One more ‘fact’ here, one new piece of information there and the whole tentative edifice deduced from your so-called-certainty would tumble.” That shut the scientist up – it had seen such collapses many times.

The storyteller danced a victory jig – it knew it would make mistakes, but it also firmly believed that stories and scenes got far closer to the heart of any matter than an agglomeration of facts dosed liberally with caveats.

In this case, it inched me nearer to my grandmother’s shoes, it made a story fit for general consumption and, as Salman Rushdie has said, “It felt like the truth.”

So, last July, I published the version of Isabella’s story that I had chosen to write. The trouble is that I have been hooked by words. I think of all those amazing people in the valleys – and the equally incredible people who live in every corner of the world. I want to return to helping people tell their untold stories – but this time, with dynamic words.

OVER TO YOU If you'd like to share your personal story about writing creative non-fiction, we'd love to hear about it.

FURTHER READING If you enjoyed this post, you'll also appreciate this contemplative post by another creative non-fiction author, Paul Murphy, about his own journey along this path:

What Makes a Writer – Nature or Nurture?

I trained as both a medical research scientist and an artist, but over the years, I have developed a passion for stories. I spent a long time as a digital-story-teller, helping people in the South Wales valleys turn their stories into mini-films, but one day the desire to find out the secrets behind my grandmother Isabella's medical instruments and her strange string of beads got the better of me, I set out to solve their mystery and found they had been hiding an amazing tale. Following features about Isabella on the BBC Antiques Roadshow, in national newspapers, and on local radio and television, I have received quite a few invitations to write about Isabella. Recently, I have moved from Wales to Norwich, but I hope to carry on telling stories. For more information please visit: www.katrinakirkwood.org