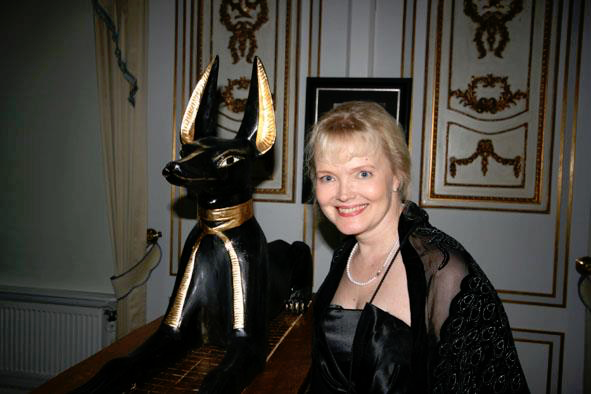 Why I Write What I Write: Books about Egyptology in Different Genres 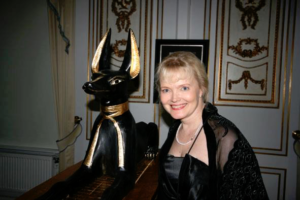 Finnish author Leena Pekkalainen describes how her lifelong passion both for writing and for Ancient Egypt led to her becoming an author of both fiction and non-fiction, and to writing for adults and children, both as a self-published author and on special trade publishing commissions.

I write books that have a common theme – ancient Egypt.

And as everyone asks this from me: I don't know why I was so interested in the subject ever since childhood. I just was.

There was no way for me to study Egyptology when I was young – or when I got older. I needed to have my day job, and there really was no way I could have left it to start studying full time anywhere. 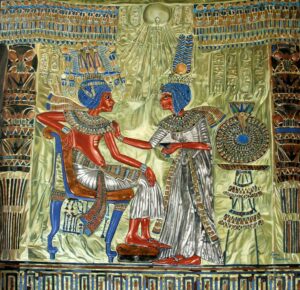 Then came the internet. And one day the thought hit me – surely it should be possible to study Egyptology online at an academic level.

My search led me to the University of Manchester and their online courses. I spent three years as a distant student for the Certificate in Egyptology and two years after that for the Diploma in Egyptology. The best five years of my life.

I have been writing since I was three years old. The first story was a cartoon as the alphabet still eluded me. But when I learned to read and write, writing has been my passion.

When I studied Egyptology I had not time to write stories, only the essays and assignments. At the same time my father was losing his battle with cancer. To put it short: I was too exhausted to write fiction. Then, at my last year of studies my father died. Only after his funeral was over did I realise how much energy the illness of a loved one steals from you. Suddenly it was like the floodgates opened and all that bottled up energy burst out.

Starting Out as an Indie Author 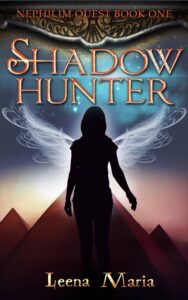 I wrote the first draft my first self -published book (Nephilim Quest 1: Shadowhunter) in four months – around 500 pages. And at the same time I wrote my final essay for the university (about the Middle Kingdom fortresses beween Egypt and Nubia) and worked full time at an insurance company.

Words just poured out  – and they have been pouring ever since.

I wrote Nephilim Quest 2: Moon Daughter, and am just editing the third part of the series. I took part in NaNoWriMo in 2016 and the book (Space Witches 1: The Books of Witches) is now published. I am writing three stories at the moment (Space Witches 2, The Death of a Vampire and Seven Shabtis). These books are published under my pen name Leena Maria. 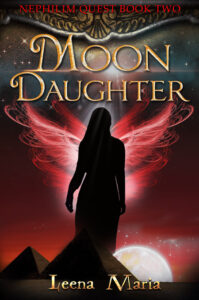 The sequel to Shadow Hunter

All my books have some connection to ancient Egypt, and you may guess why. My studies make it easier – I know the “lie of the land” on a general level, and hopefully avoid the worst historical mistakes. On the other hand this may backfire too – my editor crossed over so many great historical details from my books as not relevant to the story. Of course she was right. I get it now did not need to list every nobleman who took part in Amenhotep III's heb sed festival on Moon Daughter…

I am a hybrid author – when my studies ended I decided to put up a website about ancient Egypt so I would need to go on studying the subject. The idea was that on www.ancientegypt101.com I would write easy-to-read articles about ancient Egypt to ordinary people. Somehow a little mummy figure had appeared one evening on my sketch pad when I took a break from writing an essay for the university. I developed him further and he became Mr Mummific. The idea came to me that what if he would tell a humorous story about life in ancient Egypt from his perspective. Tongue firmly in cheek. 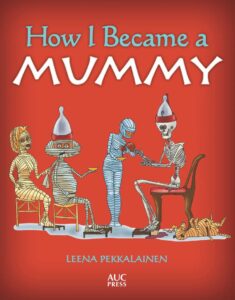 Leena has diversifyied into children's books

As I was writing the website really for fun, I just let the imagination fly. I drew pictures of MrMummific on photographs I had taken. And gave him free word. I posted links to the pages to Facebook, and these caught the attention of the American University in Cairo Press‘s director.

Out of the blue I was asked if I would write and illustrate a children's book for them – their first ever children's book. I could choose the subject. So I spent every spare moment I had and in ten months wrote and illustrated How I Became a Mummy. It was not yet even printed when they asked me to write a sequel. So another eight months went to Mummies, Monsters and the Ship of Millions. And just as I had finished it, I was asked to write a book about Tutankhamun's life for children. These books are written with my real name.

I never knew what was the hurry with the Tutankhamun book Tutankhamun in My Own Hieroglyphs, until the publisher told me it was selected as one of the books that will follow the King Tut: Treasures of the Golden Pharaoh exhibition on its world tour of ten cities. Knock me down with the proverbial feather…

Why I Write in the First Place

Writing is a passion. It isn't really about just telling stories, it is about learning about myself as well.

Every word, every twist of the plot, every picture I draw, also tells me about who I am and how I see the world. And I can tell you I have been surprised at what my subconscious has shown me.

OVER TO YOU If your self-publishing career has been fuelled by a passion like Leena's, how did it go for you? We'd love to hear about similar case studies!

Why I Write What I Write: A Mathematics Book for Adults

Finnish author Leena Pekkalainen has a Certificate in Egyptology (2012) and a Diploma in Egyptology (2014) from the University of Manchester. She is the author of fiction and non-fiction books about Ancient Egypt for adults and children, both self- and trade-published. Leena's horse paintings have been exhibited both in Finland, UK and the USA, and in Finland her Egyptology-related paintings were exhibited in the Tutankhamun's golden treasures - replica - exhibition. Find out more about Leena, her books, and her love of Egyptology at www.leenasbooks.com