Join us on April 15th at 10 am (London time) for the first of 2016's three Indie Author Fringe online conferences featuring 24-hours of non-stop expert speakers from all over the world.

Then join the speakers after their sessions at the Speaker and Sponsor Hangout where you put them in the Hot Seat to ask any questions you might have.

** Session links below will become active at the allotted time–you will receive an error if you click on a session link before it goes live.

Just visit the our home page at any point during the Indie Author Fringe Conference to see what sessions have already been published.

Orna Ross, Director of the Alliance of Independent Authors, welcomes you to the first of this year's three 24 hour conferences. 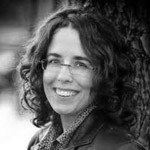 THE FUTURE OF PUBLISHING: 7 THINGS AN AUTHOR MUST KNOW

Publishing professor Jane Friedman knows the changes that are coming down the publishing track and in this session guides authors in how to make the most of them for best success. 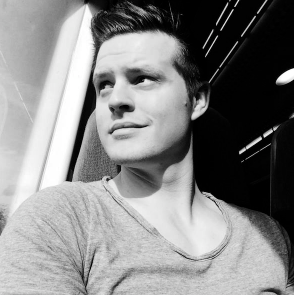 This live hangout with self-publishing expert and successful crowdfunder Ben Galley will tell you all you need to know about the options for crowdfunding your book. From the platforms that are on offer to you, to the tips and tricks for reaching your target, Ben will be discussing every aspect of crowdfunding in this lively and interactive session. 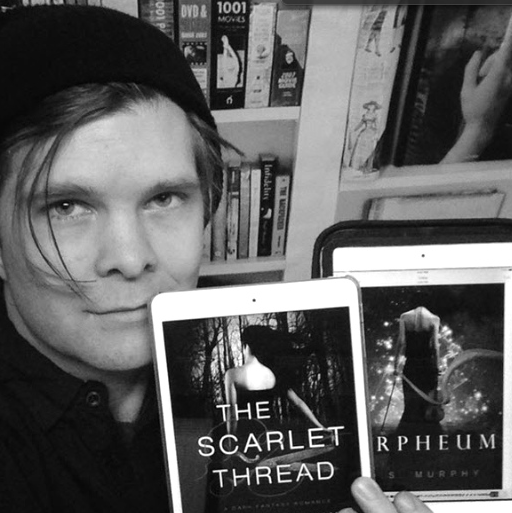 Designing a book cover is your most important creative decision after writing the book. But often what we are attracted to is not necessarily what works for readers and online stores. Derek Murphy outlines what a good cover will always have. 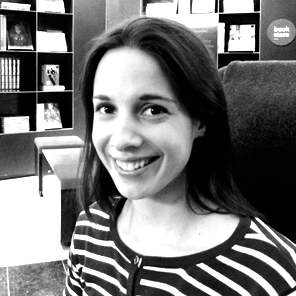 ASPIRING AUTHORS: ARE YOU READY TO SELF-PUBLISH?

Are you ready to self-publish? Are you sure? There is so much to consider before you publish. Clue yourself up about the self-publishing process and save time and money by getting your ducks in a row before you self-publish. This will ensure you (and your readers) get the most out of the process.

Want to boost your sales? Who doesn’t? In a panel session recorded live in the Author HQ at London Book Fair, ALLi Director Orna Ross interviews two bestselling indie authors and sales gurus, Mark Dawson and Joanna Penn, together with ALLi’s literary agent Toby Mundy about how to go beyond selling ebooks in your home territory.

WHAT CAN AN EDITOR DO FOR ME? PANEL DISCUSSION

Editors are the secret, unsung nurturers of the book world. What do they do? How do they work with authors? How do you choose a good one? Do authors even need them? This and many more insights into the editing world are covered in a lively discussion. Do join us.

AUTHORS: METADATA IS YOUR BRAND. GET YOURS IN SHAPE

Today, word-of-mouth involves computers. This means metadata is more important than ever in defining how authors and books are described and discovered in today’s book marketplace.

HOW AUTHORS USE AUDIO TO MARKET & SELL BOOKS

In this lively session you’ll discover: Why now is the best time to get into audio, How to self-publish and market audiobooks, The best way to work with narrators, How to narrate your own book and when it’s a good idea, Options for selling your audio direct, Podcasting as an author platform, The best way to research and pitch podcasters for book marketing. 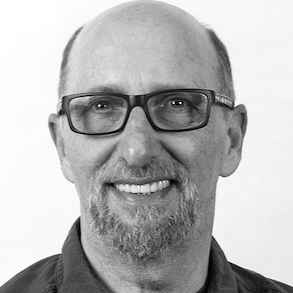 THE AUTHORS' BEST FRIEND: HOW TO IGNITE YOUR EMAIL LISTS

Authors know they should be blogging to build an audience for their books, but far too many quit without achieving anything. In this fascinating head-to-head discussion between two of the best minds in author marketing, you'll learn how to build a practical strategy that brings together your content, the focus of your readers, and your own personality — and many other methods for exploding email lists.

Writers LOVE Book Fairs – the mixing with publishers, networking with like minds, the chance to talk to marketing experts. But Watchdog David Gaughran is not impressed with some book fair practices, especially offers to display self-published books at inflated prices. Read this before you buy your badge.

THE BETTER WAY TO WRITE A BOOK: PLOTTER OR PANTSER

What's the difference between plotting and pantsing, and does either approach produce better books? A debate between advocates of each method, refereed by someone who thinks she might be a bit of both.

HOW TO TURN YOUR LIFE INTO FICTION (AND STAY SANE)

Would your life make a good story? Helena Halme draws on her own experience of an international romance with an English naval officer in her books. Here she offers excellent advice on how to turn fact into fiction. 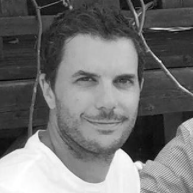 DON'T JUDGE A BOOK: MY COVER DESIGN LESSONS SO FAR

Damon Freeman of Damonza provides valuable insight into cover design lessons he has learned over many years as one of the most respected cover designers in the world. 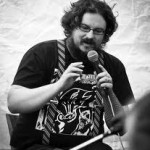 POETRY PERFORMANCE: HOW TO WRITE A BESTSELLER

Everything you will ever need to know about how to write a bestseller distilled into a single two minute slam-winning poem.

Join two of Twitter masters in this entertaining video discussion about how to use Twitter to maximum effect. Laurence O'Bryan will tell you how to master Twitter so that you can balance the desire to be social on Twitter with your objective of exploiting the platform to promote and sell your books – without ever being called a spammer!
Ian Sutherland will show you how to become a Twitter influencer and drive more people to your books' storefronts, consistently attract up to 400 new followers every day, and free up more time to write by compressing your Twitter activity into 15 very effective minutes a day. From the author of the 5* guidebook “Advanced Twitter Strategies for Authors – Twitter techniques to help you sell your book – in under 15 minutes a day!”

LEVERAGE YOUR CONTENT: HOW TO BLOG A BOOK OR BOOK A BLOG

Transform Your Blog into a Book! The world of blogging changes rapidly, but it remains one of the most efficient ways to share your work with an eager audience. In fact, you can purposefully hone your blog content into a uniquely positioned book–one that agents and publishers will want to acquire or that you can self-publish successfully.

10 TRENDS DRIVING THE FUTURE OF PUBLISHING

If anyone can predict the future it’s CEO of Smashwords Mark Coker.
In this video recording his goal is to help indies realize that despite the rapid and dizzying changes taking place, all these changes conspire to create a future in which indies have the advantage.

ARE PRINT BOOKS MORE TROUBLE THAN THEY'RE WORTH?

Print books: expensive to make, difficult to store and on the way out anyway? Actually no. Robin Cutler of Ingram Spark explains how to use print books as part of your overall strategy without spending a fortune (and not a book to be seen in the garage)

IT TAKES A VILLAGE – GETTING A GLIMPSE OF AUTHOR COLLECTIVES

Diego Marano of Kobo Writing Life provides a fascinating insight into the benefit authors can gain by joining forces to maximise their promotion. 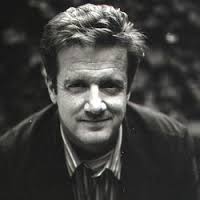 AUTHORS PUBLISHING AUTHORS: HOW DOES IT WORK?

When Bob Mayer and his wife Jen Talty formed Cool Gus Publishing in 2010, the goal was to get his extensive backlist out as eBooks but they soon expanded to take on other authors. Here Bob shares the dos and don'ts for anyone who might be thinking of doing the same or publishing with another author

REACHING ALL OUR READERS: MAKING BOOKS THAT EVERYONE CAN READ

In a few easy steps you can open up your books to the millions of readers who can’t access texts in conventional formats because they are visually impaired or otherwise ‘print disabled’: in this session, the International Authors Forum tells you how.

The International Authors Forum has produced a set of guidelines for self-publishing authors to make it easy for them to make sure their books can be accessed this audience. Blind author Maribel Steel will tell you what this means to blind readers, and Katie Webb, IAF’s Executive Administrator, will take you on a tour of the guidelines, which are available to download for free. 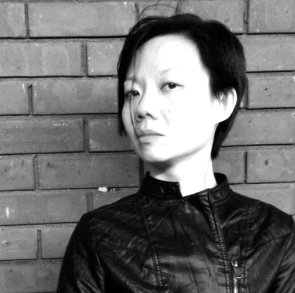 Writing from our own individual experience is as important as writing in the popular styles and tropes our genres require. This session explores how to confidently write in color, without compromising either our writing style or the expectations of our readers.

It's not only big name, traditionally published authors who need a Literary Agent. In this blog post Toby Mundy, of Toby Mundy Associates, explains why Indie Authors need an agent just as much.

HOW TO SWITCH GENRE WITHOUT BREAKING YOUR BRAND

Have you ever thought about writing in a different genre? Do you have more ideas than can be encompassed within a single genre? In this podcast Mohana Rajakumar talks about how she writes in several genres yet still retains a consistent Brand.

AUTHORS: HOW TO GET A WRITER-IN-RESIDENCE GIG

During 2016 Melissa Addey has a dream job, as Writer in Residence at the British Library, where she's paid to write, research and create new works. She shares how she got the gig, offer tips on a successful residency and points out the pitfalls so you can avoid them. 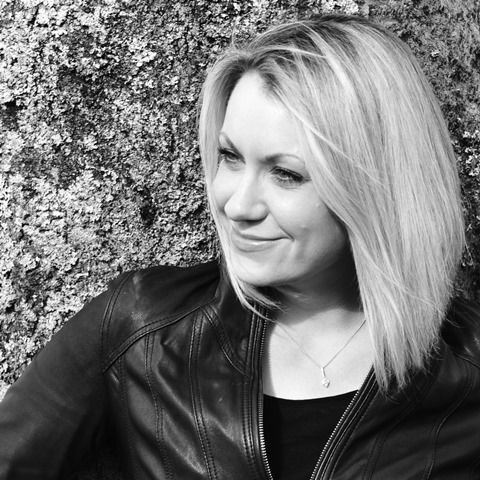 Jane Dixon-Smith, author of The Importance of Book Cover Design, is always being asked about what makes the perfect cover. Here she talks about what works and what doesn’t.

Ali Cross, co-founder of IndieReCon and expert in writing for the Young Adult audience, discusses the current state and future of the YA market. 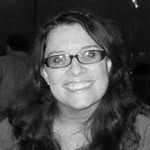 Indie Author and co-founder of IndieReCon, SR Johannes tell us of her experiences working with an Agent, and says they're not just for the traditionally published author.

BACK TO BASICS: PRIORITIES FOR NEW AUTHORS

In this session, authors will learn how to identify their priorities and focus on getting their book to market by putting the nice-to-haves on the back burner. Aimed at new indie authors fearful of drowning in information overload, Jay Artale shares the three critical elements needed to self-publish.

Orna Ross, Director of the Alliance of Independent Authors, wraps up our first Indie Author event of 2016 and announces the winner of the Opening Line Competition.