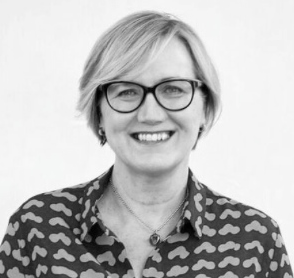 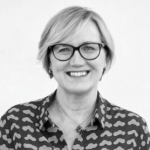 Would your life make a good story? Helena Halme draws on her own experience of an international romance with an English naval officer in her books. Here she offers excellent advice on how to turn fact into fiction.

Doris Lessing wrote in one of her memoirs that we all re-write history, and that therefore no autobiography can be an accurate account of events

Yet during my MA in Creative writing some 10 years ago, writing the story of your life was somewhat frowned upon, even though one of the most often uttered pieces of advice was to, ‘Write what you know’. I could never marry the two strands of thinking. How are you supposed to write about what you know, but not be allowed to use your life as inspiration?

I did, however, take my MA tutors advice and after graduating wrote two fictional novels, Coffee and Vodka, and The Red King of Helsinki. In both novels I used my life as a mere reference to the time and subject matter of these two stories.

But when, six years ago, I began blogging, I was often asked by my readers why I moved to England from my native Finland. So I started a series of posts, telling the story of my life, of how I met and married my English husband. I imaged that I’d write four or five posts at the most, but when I got to number 25, I realised what I was actually writing was a novel.

You scream – a novel? Surely what you were writing was an autobiography? Yes, well, it started that way, but being that I am a novelist, new plot lines and characters kept infiltrating the story, and about half way through, I decided I’d give in to my novelist tendencies and carry on writing a fictionalised book of the true story.

So how did I do it – and what is my advice to those wishing to turn their life into a novel?

I have limited myself to 10 points. I could actually write a whole book on the subject, and probably will, but here are the most important points.

How to turn your life into a novel (and stay sane):

Start the novel at a point that is exciting, and has relevance to the main point of the story. “She was born in a small village in West of England” may be the truth, but it may be a tad boring and not very unique. (Everyone is born at some point). Now, of course, if you were born on a raft in the middle of the Pacific, that’s a different matter. The Englishman is a romantic tale, so it starts when Kaisa meets her Englishman at the British Embassy in Helsinki.

Use photos, letters (emails) and music for inspiration. I was lucky in that I’d kept all my letters from my husband, and I also had the letters I’d written to him during our long-distance relationship. But you’d be amazed at how many details of our meeting and subsequent long-distance relationship I had forgotten. So I went off and listened to music from the 1980s, watched films and even TV programmes from that time. Slowly all the small details came flooding in; how difficult it was to communicate with each other without mobile phones, or what life was like without the internet (we used libraries and Yellow Pages!).

Don’t worry about letting your pen fly when you start writing. Once you’ve got your memory going, and since you know the plot – and the characters –already, writing the novel can be very quick. If you decide later to change scenes, plot or characters, that’s easy. I found that if I didn’t worry too much about how truthful – or not – the story was, the writing became much more fluid and confident.

Do shorten the time frame of the story, as this makes the plot more exciting. In real life events often occur slowly, and it’s only when you look back that you see the string of events and their significance to your life. But this is what I think makes turning your life into a piece of fiction so exciting: you can cut time between significant events, and even add a bit of drama by adding new twists and turns to the plot.

Do make your characters complicated and interesting. I’m not saying that your life is filled with boring people, but in order to make a story fly, it needs strong characters. Most people in real life are complicated if you look deep enough, but remember to do that. If you have to write about someone who you dislike in real life, examine why it is that you don’t like them. If they seem one-dimensional to you, think what might be their motivation and there you will find the depth in their character.

Don’t include every real person in the novel. To have too many characters in a novel is confusing to the reader. They make the story unnecessarily complicated and jarring. In The Englishman, I combined a few characters to make them stand out more and to increase the pace of the novel. This also allows you to make their roles more significant, and their characters more multi-faceted. This is also helpful if and when people recognise themselves in the novel, and object to being written about. (But really they should never have befriended a novelist, eh?)

Don’t use real dialogue. If you’ve ever listened to people on the bus – or even better – recorded a real conversation, you will find that people tend to take a long time to say what they mean. People use of a lot of unnecessary comments, such as ‘hmm’, ‘What I mean is’, ‘Really’. Cut, cut and cut again, is my advice! Make sure dialogue flows and takes the story further. Even if it is important to write good dialogue, it’s even more important what the people say. Personally I avoid long speeches; instead I turn long dialogue into narrative text.

Think about using a third person narrative instead or 1st person. When I wrote The Englishman blog posts, I did use first person, but later when I began editing the novel, I decided to change the whole story into third person. This was advice given to me by one of my early readers, and I am eternally grateful for her comments. When you use your own life as a plot, the novel will seem too personal, and too much like an autobiography, with a 1st person narrative.

I’m a firm believer in the editing process. I’ve lost count of how many versions of The Englishman there were. What I didn’t change, however, was the core of the novel; the true love story between an English naval officer and a Finnish student, and the obstacles they had to face in order to sustain their long-distance relationship.

Do get permission to publish from the significant person – or persons – in your story, especially if they can be easily recognised. (And you care about what they think). When I was writing my blog posts, I’d always let my husband (the Englishman) read them before I pressed ‘publish’. Of course if you are writing in the traditional way, and not a blogging the story, it’s easier. When you’re done, you can give the person the manuscript and leave the country for a few days. This maybe the scariest thing you’ll ever do as an author, but being upfront about sharing a ‘true’ story with the world is so much easier than having to deal with it after the book is out. As far as the purely legal position goes, if you can call the work fiction, do so, and cover yourself in by printing a clause in the novel that all persons and places are fictional.

Many of those who read and loved The Englishman asked me if I’d write a sequel. I resisted the urge to do this for three years. Partly because I felt I’d told the story already, partly because I didn’t want to share any more of my life. However, while I was resisting writing the book, the story about what it was like to be a foreign Navy Wife in Britain in the 1980s filled the pages of my virtual notebook. And then I found my diary from those early days in the UK. That was the straw that broke the camel’s back; I couldn’t resist it, and began penning down the story of an independent, ambitious, but displaced young woman, newly married to a British Navy Officer. The resulting novel called The Navy Wife is roughly 50% pure fiction and 50% memoir.

My latest novella, The Finnish Girl, is also now out. This, my latest book is a prequel to The Englishman, and is based largely on true events. This was an even harder book to write for emotional reasons, but I stuck to the points above and got through it.

Click here to find out more about Helena Halme

Helena is giving away signed copy of her first novel, The Englishman. This Scandinavian romance is based on true events and attracted thousands of readers when first published as a series of blog posts on Helena Halme’s blog.