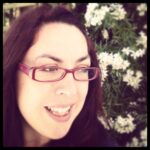 As it's currently late April, and therefore about as far as it's possible to be from NaNoWriMo's November event, now's a good time to consider whether to take part, rather than rushing in to meet the deadline or avoiding it because you've left it too late to decide.

Today we've asked British indie author Kate Frost to tell us why she believes taking part in a previous NaNoWriMo changed her writing habits for the better, and why she'd recommend it to other authors.

How NaNoWriMo Changed the Way I Write

It took me nine years to write and publish my first novel, The Butterfly Storm. Okay, so I didn’t actually spend nine solid years writing it but I did start it in 2004, finish the final draft in 2012 before publishing it in the summer of 2013. In contrast, it only took me nine months to finish the first draft of my latest women’s fiction novel, Beneath the Apple Blossom, and that was with an energetic toddler to look after.

What did I do differently? 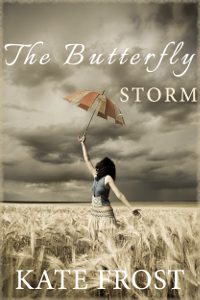 With The Butterfly Storm I rewrote the first chapter countless times before I was even halfway through the novel, and yet by the time I finished the book, I realised the original opening chapter no longer worked. So much time wasted editing and perfecting work that ended up being cut. Each time I sat down to write, I would go back and edit the chapter I’d worked on previously before writing anything new.

With Beneath the Apple Blossom, I started writing in February last year and didn’t stop until I’d written 90,000 words and reached the end in November. I didn’t look back on what I’d previously written, I didn’t stress over word choice, sentence structure or whether I’d accidently changed the hair colour of my main character. I didn’t worry if conversations between characters sounded a bit clunky or if the scene I’d written was absolute rubbish. I simply got the story down.

The Success of NaNoWriMo

This way of writing was all thanks to NaNoWriMo (National Novel Writing Month). My first stab at NaNoWriMo was in November 2013 when I was pregnant. I’d already finished the first book of my children’s trilogy. It had been beta read, edited and proofread, and I had grand plans of publishing it before my son was due in February 2014 (yeah right, that didn’t happen). I’d written the first couple of pages of the second book and really wanted to crack on with it before lack of sleep, ten nappy changes a day and a screaming newborn took over.

I didn’t win NaNoWriMo by reaching 50,000 words, but I did manage to write 25,000 words in a month and it drastically changed how I write for the better. I’m far more productive and focused, and it’s incredibly satisfying seeing the results with the word count rising steadily on a weekly and sometimes even daily basis.

My latest novel is the first one I’ve completed using the NaNoWriMo technique of keeping on writing until reaching the end. What I achieved was a rough first draft that admittedly made me cringe when I read back through it, but there was a story, characters ready to be fleshed out, a plot to be refined, and words, sentences and chapters to be rewritten, edited and polished. That was when the hard work really began.

OVER TO YOU If you've done NaNoWriMo, did you find it a help or a hindrance to your productivity or writing habits? If you've rejected the idea, why? Do you have any NaNoWriMo-inspired success stories to share? We'd love to know!

Kate Frost is the author of women’s fiction novels The Butterfly Storm, Beneath the Apple Blossom and The Baobab Beach Retreat, as well as the first in a time travel adventure trilogy for children called Time Shifters: Into the Past. She has a MA in Creative Writing from Bath Spa University where she also taught lifewriting to Creative Writing undergraduates. When she’s not writing and publishing books, she’s kept busy running around after her energetic and cheeky pre-schooler. To find out more about Kate and her writing life visit her at www.kate-frost.co.uk.