Writing: Should You Do NaNoWriMo? 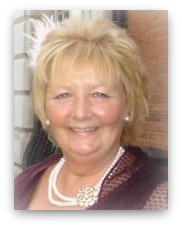 As November approaches, so does NaNoWriMo – short for National Novel Writing Month. As aspiring novelists everywhere – and many established ones – consider whether the potential reward is worth the effort, best-selling indie author Glynis Smy explains why she thinks it is, drawing on her own results: not just a novel, but long-term publishing success.

“NaNoWriMo? Is that a new language from Robin Williams' Mork and Mindy show?”

That was the question from my husband when I announced my intention to spend November 2010 writing – the whole of November – every day – morning ‘til night.

The official logo of NaNoWriMo

NaNoWriMo is a writing event where you are encouraged to churn out 50,000 words without breathing editing. Basically, it is a challenge call to write the draft of a book, (or anything else you can think of to write).

Halloween (31st October), is my birthday and I enjoy wine. At the time I was living as a hermit in the middle of a vineyard in Cyprus, wine surrounded me and I enjoyed my evening sip (or two). The only real time we let our hair down was on birthdays, and I hosted parties to celebrate. However, as a newbie to the writing world, and having just produced my debut novel, I was on fire and upset a few folk by not having a party, and even turned down wine to start the challenge at 8am the following morning. That is how folk knew I meant business.

I mapped out my days to the final wordcount, I was determined to reach that target. The fact I had written a blog post poo-pooing someone for claiming a novel could be written in 28 days didn’t enter into it, this was now a challenge I was ready to take up, and I would make it happen. With snacks and drinks to hand, it was time to fly. The Baby in The Basket would be written in a month.

I signed into the site and found a couple of blogging buddies had already befriended me, and a sense of belonging set in, we were ready. Daily goals were shared, some achieved and others lamented their lack of ability but we bolstered each other with supportive words. Day four and I exceeded the daily goal, the website graph of achievement showed me the results and kept me focused upon the next day.

There are no major rules but one is that you should not edit, simply write. I cannot move away from a spelling mistake if it is obvious, so ignored that side of things where I could, but all in all, I typed rubbish on a daily basis.

Each day I was greeted with a message from the rising friendship list, and spent time sending out my call to battle. The social support amazed me, and I linked with a forum group based in Essex in the UK, as it made me feel part of a community. There was one writer in the Cyprus group but she dropped out, and I needed the companionship to draw strength.

The forums are full of support, ideas, groups, crying room, genre rooms, over 50 rooms, under the influence rooms – you name it there is a group. Amazing places, no bitching or back-biting, simply friendship.

At the end of the first week we celebrated, dropped out or renewed our vows for the following week. I had wine, it was the weekend, no writing happened.

We were off to a flying – stop. I hated my title and it was bugging me. I could not relate the words I poured out to the title. Folk told me to ignore that side of it but it was a block. I needed to stop writing in order to have a title to work alongside. One day of rest brought about Maggie’s Child, and I was off the blocks once again. Then doubt set in, some folk had achieved the target in one week, by week two I chose to ignore the ‘winners’, and go my own way. No longer could I compete, and realised that is just what I was doing, competing with others to get to the goal. It is not something I am good at, competing, I often lose at games so needed to cross the finishing line at my own pace. I pulled away from the banter but gave support, it gave me the extra time to concentrate on the writing, the reason I signed up in the first place.

The few hours before the deadline is a frantic race but worth the effort. Graph lines soared to the tip of the scale = The End. I had written a first draft of another novel. I downloaded and framed the winner’s certificate. It sat proudly on my desk.

There was a sense of loss when the mad rush stopped so abruptly. My organised days ran into a mash of catching up with housework, and wondering what to do next. The first draft sat in a virtual drawer on the computer, but I was not 100% happy with the plot. After a few days weeding in the garden and avoiding the site, I fired up again. I found a few messages of congratulations, returned them, and walked away. November was over, and many folk were approaching agents and publishers with their work. I felt a failure, my work was not that great, and no way could I approach anyone with the manuscript. I switched off again and wrote poetry, it made me feel worthwhile.

My reason for not signing up the following year was that I decided to impose a month of editing the novel I’d chosen to ignore. I felt it was a weak book but didn’t deserve to be shut away. So, with the same determination as in the previous year, I worked that book to the best of my ability. I’d kept in touch with a couple of writers from NaNoWriMo, and they nagged me to join in again but I opted not to, sticking to my editing routine instead. 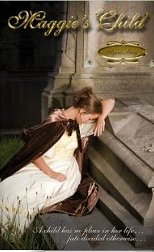 A bestseller, thanks to inspiration from NaNoWriMo

With encouragement from beta readers, I decided to self-publish Maggie’s Child. It was Christmas 2012, and the reviews were favourable. Still I felt the book lacked something and told myself it was because it was written in a hurry, (despite edit after edit). I still saw this as my weakest book. My readers disagreed.

In 2013, I returned to live in the UK. Full-time writing became full-time caring, and writing took a backseat.  I longed to join NaNoWriMo again but knew deep down it would never happen again because of my situation.

When I could, I reworked the book for errors, again to the best of my ability, and, one day in 2014, had the urge to submit it to the Amazon Breakthrough Novel Award. To my surprise, it made it into the second round, with judges comparing my work to writers such as Philippa Gregory (I know!), Mary Stewart, (I know!), and Susan Howatch, (I know!)

I marketed the book out a few times and noted a rise in sales, the UK Amazon readers were enjoying the book, and it reached #1 in the Victorian Romance genre, and #25 in the top 100 paid Historical Romance category.  More author comparisons were made in the reviews.

Spurred on, I decided to submit it to the UK’s Festival of Romance Fiction New Talent Award. A week before the event I opened an email to find Maggie’s Child had been shortlisted. We didn’t win, Maggie and I, but we sure did enjoy the ride!

Would I encourage others to try it? Definitely, who knows where it could lead.

EASY TWEET: “#Writers – will you #NaNoWriMo this year? @GlynisSmy makes a persuasive case at https://selfpublishingadvice.org/nanowrimo-2/ via @IndieAuthorALLi”

OVER TO YOU: Are you planning to do NaNoWriMo this year? Have you done it before? Any great tips to share? Any cautions to offer? Please leave a comment!

Glynis Smy lives in the coastal town of Dovercourt, near the port of Harwich, Essex, in England. She writes historical romance with a twist. The Victorian era has always held her interest, and she loves taking my imagination back to that period in time. Find more about Glynis at her website: www.glynissmyauthor.com.