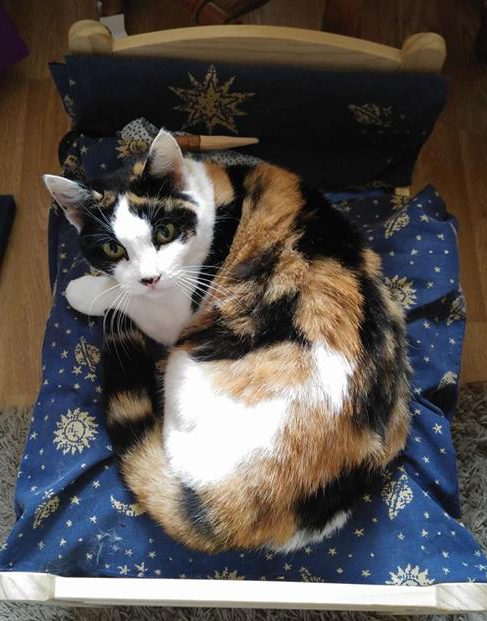 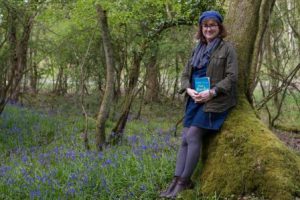 Got a great idea for a book but having trouble getting started? With a string of books across different genres to her name, Debbie Young, ALLi's Author Advice Centre Manager, helps you get YOUR book idea off the starting blocks by sharing three top tips that have helped her to be more productive.

Somewhere along the line, I picked up what I find a really useful mantra, especially as I'm a terrible last-minuter:

“The best way to get something done is to do it.”

However, I also have three far less irritating tips for transforming an inspired idea into a practical work-in-progress project, and they are all simple, free and require no training.

Giving your idea a working title makes it much easier to think and talk about it as an actual book, rather than a whim floating around in your head in idle moments.

It doesn't matter if it's not the perfect title, and you should feel free to change or jettison it along the way. Chances are, the best title will come to you in one of those light-bulb moments in the middle of the night or in the shower or when driving to the supermarket, when you're not trying to think of one at all. 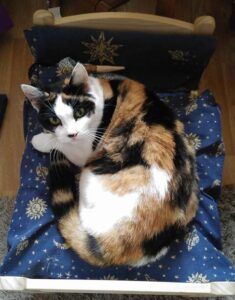 Dorothy quickly made herself at home (That's a doll's bed, by the way – she's not really that big!)

It's a bit like naming a stray cat. Once you've given it a name, you've taken ownership and assumed responsibility. It's no longer that little calico cat that your neighbor found in his garage – it's Dorothy. You immediately start to imbue Dorothy with personality and to bond with her, and you know she's here to stay.

I have named every single one of my books before a word has been written, and it has really helped me press on with them. With my Sophie Sayers Village Mystery series I even went so far as to name all seven in the planned series before writing a word of book one. I'm now writing the sixth, and have changed the name only of the seventh (from School's Out for Murder to Murder Lost and Found – about a dead body found at the end of the summer term in a school lost property cupboard – because I was wary of offending anyone in the wake of school shootings in the US.)

I started doing this when I attempted NaNoWriMo for the first time eons ago. When you sign up for NaNo, the form suggests you add a cover image, and I'm guessing there's psychology behind their suggestion: creating a cover will make you more likely to stick with the NaNo challenge to write 50K words in the month of November.

It doesn't matter how makeshift and amateurish the cover is, (my first one was embarrassingly bad), but it reminds you that you are writing something that will end up as a real book with a real cover in the hands of real readers, whether as an ebook or in print.

You can use any graphics package you're familiar with to do this, or even Word, but my favourite tool is Canva.com, a free and easy-to-use service that offers lots of free images, and many more at just $1 per use. Not all those images would be ideal for a book cover, but there are plenty. I've even used home-made Canva covers for books whose sales I think won't justify professional designer fees, such as a single short-story ebook or a charity project.

Even if you have no design skills, you can pick up great pointers using Canva's free and speedy training course, and you may even find you enjoy it. I know I do.

That mock-up cover can also be used to brief in your chosen design professional when your book is finally ready to launch to the outside world, as it gives a starting point of your ideas and a jumping-off point for conversation about the brief. 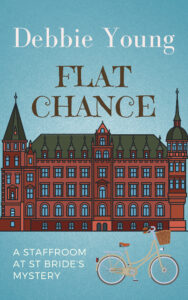 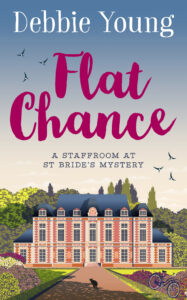 …whereas Rachel Lawston's professional design for the finished book is beautiful, subtle and draws you right in

We've all heard people say “I've always thought I've got a book inside me”, although the book never materializes.

What you need to say instead is something like “I'm writing a book called Dorothy Takes Charge, inspired by the stray cat we took in, and I'm planning to publish it next June”, giving a clear statement of what it is you're up to, with a target end-date that puts pressure on yourself to perform.

The timescale should be realistic but not over-generous.

If you don't add a time-marker, or put any pressure of time on yourself, you'll feel much less committed. But don't kill yourself to achieve it, either. I've had to delay my intended publication date for Flat Chance due to health issues (a temporary eye problem slowed down my self-editing, not least because I'd foolishly written lots of my edits in pink pen!) But it's nearly there, and having named the book, mocked up the cover and told people about it from when it was still embryonic, I'm confident I'll get there very soon.

OVER TO YOU Do you have any tips or tricks to share that have helped you turn your plan into reality? We'd love to hear them!

3 practical #toptips to turn your book idea into reality - by @DebbieYoungBN, with a little help from her cat Dorothy!) Click To Tweet

OTHER POSTS ABOUT TURNING BOOK IDEAS INTO REALITY