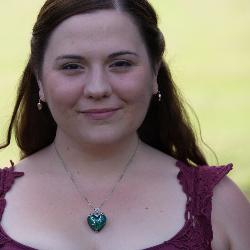 Will NaNoWriMo Help You Publish A Novel? Why This Self-Published Author Thinks It Will

Fantasty writer Chele Cooke makes a great case for aspiring self-published authors to use NaNoWriMo as a stepping-stone to publishing a novel – as she did for her  debut novel, Dead and Buryd.

What Is NaNoWriMo Anyway?

NaNoWriMo, or National Novel Writing Month, is the challenge to complete a novel within the space of a single month. Due to the differing length of novels, not to mention the differing lengths of months, this has been clarified by the phrase “Fifty thousand words in thirty days.”

NaNoWriMo is held annually in November, which, luckily for male authors, coincides with Movember, the challenge not to shave for the entire month. Time spent shaving could be time spent writing, after all.

The challenge is simple: 50,000 words in 30 days. The NaNoWriMo rules state that it should be a new project, but as this is a mostly self-regulated challenge, some choose to work on an existing project and try to bring it to completion. 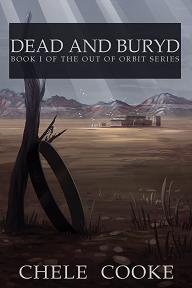 How NaNoWriMo Worked for Me

Beginning NaNoWriMo in 2012, I’d already attempted the challenge at least half a dozen times. I’d completed it once. Going in with these sorts of odds was scary, but I had a plan, and it was one that I was very excited about.

I began writing Dead and Buryd on 1st November 2012. With all the planning I had laid out and a good idea of the characters, writing the prose came easily. It was a very exciting game of connect the dots, and I had thirty days to get through as much of it as I could. Sure enough, by the evening of 3rd November, I had 21,000 words. To keep up with the NaNoWriMo target, you should be completing about 1,667 words per day. I was ahead of schedule by a long way.

NaNoWriMo As A Social Opportunity

One of the parts of NaNoWriMo that is most invigorating is the social aspect. Writing is commonly seen as being solitary, and yet during November you have writers meeting in every city, writing and discussing their work. Telling people about what you’re working on can really boost your morale, and hearing about other people's work can spark ideas that never occurred to you. Twitter, Facebook, and the NaNoWriMo forums are constantly awash with NaNo conversations, so even if you don’t have the time to go out, you can still connect with a lot of different people.

NaNoWriMo As A Jumpstarter

The main reason that I champion NaNoWriMo so enthusiastically is that once you’ve started, it becomes so much easier to keep going. Writing becomes like a car with the brakes off, you just gather momentum once you’ve been pushed off. By the end of November 2012, I had 60,000 of Dead and Buryd, and I had no intention of stopping. I finished the first draft of the novel at the beginning of January, and had a second draft by the middle of February. I’d got myself into such a rhythm of writing and working on this project that it became hard to stop. The more I wrote, the more ideas I had, not just for this novel, but for the series and for other stories.

NaNoWriMo As A Natural Partner for Self-Publishing Authors

The tight deadlines of NaNoWriMo are also great for self-publishing, when everything is on the deadlines you set. There is no one to answer to but yourself, and so you have to have that organisation drilled into you right out of the gate. Figuring out when you can write 500 words tomorrow can help when you need to write that blog post for a tour, and having to complete a set amount for a challenge is very similar to ensuring that you have everything ready to go for an editor.

Lastly, it’s fun! With its social elements and the competitive nature of the challenge (even if really you’re only competing against yourself), NaNoWriMo is a whirlwind that has you excited to write. At least, that's what it is for me.

So, why not have a go at NaNoWriMo this year? If nothing else, you’ll at least fill your coffee quota for the rest of the year.

If you've done NaNoWriMo in previous years, how did you get on?

If you're taking part in NaNoWriMo this year, how are you doing so far?

Find out more about NaNoWriMo at its official website: www.nanowrimo.org

Chele Cooke is the debut author of "Dead and Buryd", a sci-fi novel, and several short stories. She lives and works in the UK, although her heart at least partly belongs in San Francisco. She is also an avid cross-stitcher, music-lover, and traveler. Her author website is www.chelecooke.com.

For the longest time, indie authors weren't able to enter awards like other authors. But more and more, book awards and prizes are opening up to us. Today, the Alliance of Independent Authors AskALLi highlights some of the best awards and prizes open to Indies. This is indie author friendly awards.
Read more

My ALLi author guest this episode is Tanya Anne Crosby, who first found a traditional publisher, writing romance novels that consistently made the best-seller lists. Eventually, Tanya grew weary of the tropes she was expected to follow in her genre and longed to break barriers. That's when she decided to go indie. Now, she revels in the freedom this gives her as a writer. Not only that, she helps other authors achieve the same kind of success.
Read more
View blogs by category
Sign up for the weekly blog round up
Back To Top
×Close search
Search
×
Loading...