Yet Another Fantasy Name Generator – one of the better ones, actually, says fantasy author Karen Myers (http://dicelog.com/yafnag)

My reading resolution for 2016 is to get over my aversion to made-up names – a childish prejudice that forms a barrier to my enjoyment of a lot of fantasy books, and prevents me trying to read more. Although I’m interested in foreign languages and have studied French, German and Greek over the years, I find it irritating to encounter a language that makes no sense to me at all, and whose logic I cannot follow. I was therefore very interested to learn from US fantasy writer and ALLi Professional Member Karen Myers about a much more thorough, realistic and scholarly approach to creating languages for use within fantasy worlds.

Karen’s newly released novel, The Chained Adept, includes four nations with different cultures and languages, in a full fantasy world (in other words, not just Earth under some other guise). She wrote it with placeholder names while seeking the creation of suitable names to substitute later in the process. Over to Karen to explain how the process worked for her, what she learned along the way, and why she’s committed to using this system in future for other fantasy worlds she’s creating. 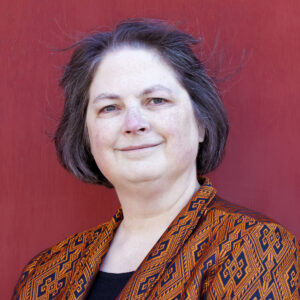 I may have a shallow linguistics background in a dozen languages (and I do), but that’s just not enough to provide suitable linguistic depth for my world. While full-world fantasies are often content to let many conventional earthly things appear unchanged, such as the air we breathe, the horses we ride, the sun in the sky, and the tasty beer, that is more in the nature of not having to explain absolutely every noun in a story to your readers. Those things are thought of as transparent, part of the background against which you set the actual story with its exotic cultures.

That carefully-crafted exotic flavor sours quickly if your characters are named Sam and Susie, or if their language and cultural artefacts are internally inconsistent, or indistinguishable from the usage of their enemies in another country.

How NOT to Create A Fantasy Language

Unless you model your cultures on real-world languages fairly closely, it’s easy to find yourself out of your depth in linguistic plausibility.We’ve all read fantasies where the author just threw in a few names from an RPG name generator and called it a day, but I know too much about real languages to stomach that approach and, besides, why stop at personal names? Why not include special terms for the exotic elements of the different cultures, using the appropriate languages, just as we refer to Japanese sushi, or French je ne sais quoi, or Sanskrit karma, all of which describe a cultural item in the native language? Why not make sure all the names in the landscape really are plausibly from the appropriate languages, possibly reflecting a history of border shifting or older populations?

J R R Tolkien is the great exception. As a professional philologist, he was well-qualified to construct his various dialects of Elvish and the other languages with which he amused himself (and us). I love the feel of depth that Tolkien’s worlds contain, and I know enough to understand how his languages work to help achieve that, but I can’t do it myself, at least not well enough. So I went looking for someone who can.

How to Work with Specialist Conlangers

You can read at length here about how people who create CONstructed LANGuages (Conlangers) are organized and how they view partnership opportunities.

You can also read on my Hollowlands blog a detailed account of the creation of my own constructed language for the world in The Chained Adept, but here is a bullet point summary of the process:

Much More Than the Sum of the Parts

I gave the conlanger a very free rein to go wild (within my initial guidance) in filling in needed areas. For example, I knew my Rasesni culture (defined initially as “vaguely Afghan”) would be a many-gods religious theocracy, but my conlang partner had to get into the nitty-gritty of deciding that priests would tend to take god-specific names, and how that would work, and the persistence of older forms of the religious language, and so forth and so on.

There were very many fruitful collaborations like this. The conlanger would propose some cultural details necessary for onomastics, and I would push back or clarify if I disagreed or if it created a specific issue (or I would change what I had written to accommodate a better idea). By the end, I was telling him how counting in couples worked for foxhounds, and he was defining naming systems where the word used for “half a couple” was also used metaphorically as “leftover” for an intercalendary month that had to be occasionally inserted to justify a lunar calendar.

This was terrific. It was worth the cost alone. Everything in the book (and series) will be far richer because of this, beyond just the conlang words themselves. 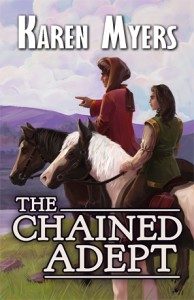 Don’t forget that conlangers are not fiction writers. I needed to explain why it’s helpful to have name choices with a wide variety of initial letters, to make it easier for readers to keep names straight, or why I couldn’t really use both a male and female version of the same name, any more than I would want to have both Robert and Roberta in the same novel.

I have another full-world fantasy in the wings and I plan to go the same route again for that, with the same conlang partner, if possible.

Editor’s Note: If you’re interested in using the services of a conlanger, do first read Karen’s very detailed posts on her Hollowlands blog: Part 1, Part 2 and Part 3. There’s also a longer version of the above post including a list of specific lessons learned along the way on her blog here.

OVER TO YOU Do you have experience of working with a conlanger? Do you have an alternative solution you prefer? We’d love to know – and feel free to ask Karen questions too.