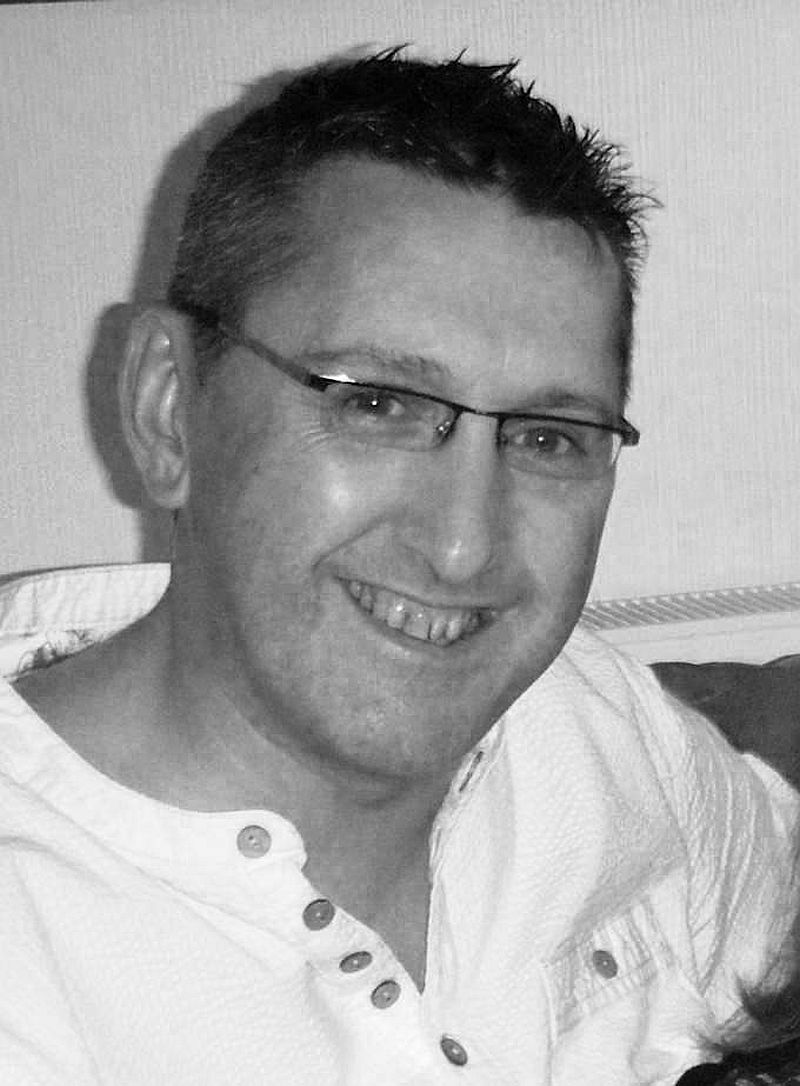 Why I Write What I Write – by Indie Author Stuart Reid

In our occasional series about what motivates our members to write their books, children's author Stuart Reid shares his wake-up call to start over as a a writer and leave his former career behind – and tells why he loves what he does now. 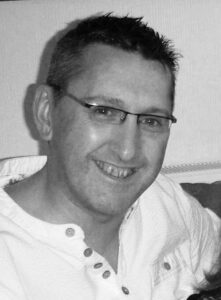 At first, it was just a small lawnmower that flew over the wall, shortly followed by a rusty bike, three rakes, a second lawnmower, one spade and another two bikes. My gardener and the security guard could only stare in disbelief. It was during this brief outburst that my wife realised that I no longer enjoyed living in Dubai.

For almost two years, life seemed fantastic. We lived in a five-bedroom villa, with two 4×4’s, a swimming pool, a maid and a gardener; my children were privately educated. I was general manager of a large, thriving hotel in the United Arab Emirates, and to the outside world everything was perfect.

But Dubai was a bubble, protecting expats from reality with grandiose dreams, lavish illusions and mountains of corporate debt. Towards the end of 2008, when the world ran out of money, banks crashed, credit crunched and contracts were cancelled throughout the Gulf.

I was forced to slash the wage bill and staff I had personally recruited from India, Sri Lanka, Nepal and Myanmar were released. These people had come to Dubai to provide money for their families. and sending them home was soul-destroying.

I felt personally responsible for my team, and, bizarrely, the global situation.

One day I left work early and drove home. Abandoned at the side of our house were two lawnmowers, three bikes, a collection of garden tools and, crucially, a large bag of weedkiller. It appeared that my gardener was treating the garden as a personal storage area for his, and every other gardener in the neighbourhood’s, equipment. I was incensed.

Like most children, my daughters enjoyed playing in the garden. To leave a bag of poisonous chemicals lying open was irresponsible and unforgivable. Thinking back now, it was irrational to link my perceived inability to affect the sales growth in my hotel (if not the whole of Dubai) with my gardener’s lack of respect and health concerns for my daughters, but that is what caused the snap.

The first lawnmower took flight and I became a raving lunatic. 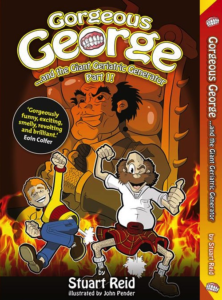 Writing about anything that would make him laugh

After four days of argument, acknowledgement, contemplation and agreement, I resigned. My wife had witnessed a major change in my personality in the previous five months, as I burdened myself with illogical responsibilities. She said, “You have to learn to laugh again,” and I began to write the most preposterous short stories I could think of.

I wrote about anything that made me laugh.

I wrote about the things I found funny when I was eight years old, and soon I began to regress back to my childhood. Bums, bogies and big bottom burps became frivolous distractions to the real world and I began to dream about becoming an author…

When we left Dubai many people thought I was mad for leaving a well-paid job at the height of the worst worldwide recession in seventy years. I found it cathartic. 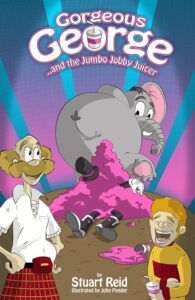 Writing to encourage reluctant young readers to embrace the book

My first book Gorgeous George and the Giant Geriatric Generator was published in 2011, and shortly afterwards won the Silver Seal at the Forward National Literature Awards.

Since then, another four books in the Gorgeous George series have been published. The first two titles have even been translated into Turkish.

I have performed at over 1,000 schools, libraries and book festivals around Britain and Ireland. As an author, I see it as my job to inspire children to learn to love reading. Yes, my books are yucky, but I’ve discovered that nowadays children still laugh at bums and bogies.

And if I can help reluctant readers (especially boys) want to read more often, then poops and parps are worthwhile.

Last year, it was deliciously satisfying to return to Dubai as an author, my career turning full circle, and the fulfilment of the dream that I left the UAE with six years previously. There, I performed at twenty schools, appearing before three thousand pupils and teachers, including a hundred princes at the royal Rashid School for Boys in Nad al Sheba.

This is not a career path I would recommend to anyone. It has been the proverbial rollercoaster; the ups thrilling, the downs filled with despair. But thankfully, there are many more ups these days; laughing with an audience of 300 children can be so exhilarating. 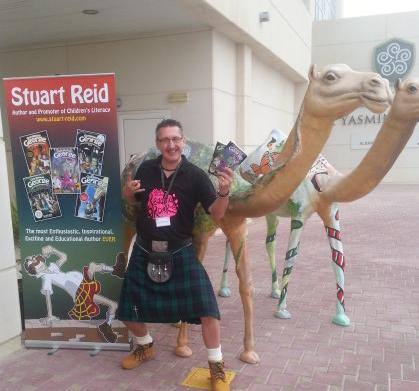 Back in Dubai – but this time as a touring author

OVER TO YOU Did you have a light-bulb moment when you realised you had to become a writer? What tipped you over the edge into indie authordom? We'd love to know!

SOME OTHER POSTS IN OUR “WHY I WRITE” SERIES

Writing: Why I Write What I Write – Henry Hyde Announces “The New Me”

Writing: The Role of the Writer and Why I Write What I Write

Stuart Reid is the author of the award-winning Gorgeous George series of children’s books. He has performed at over 1,000 schools, libraries and book festivals, including over 100 performances at the Edinburgh Festival. He was presented with an Enterprise in Education Champion Award by his local council last year and has recently received thanks and congratulations from Scotland’s First Minister Nicola Sturgeon, for his working inspiring children to read. Stuart lives near Falkirk, Scotland with his wife Audrey. He has been married for 25 years and has two children, a superman outfit and a spiky haircut. www.stuart-reid.com