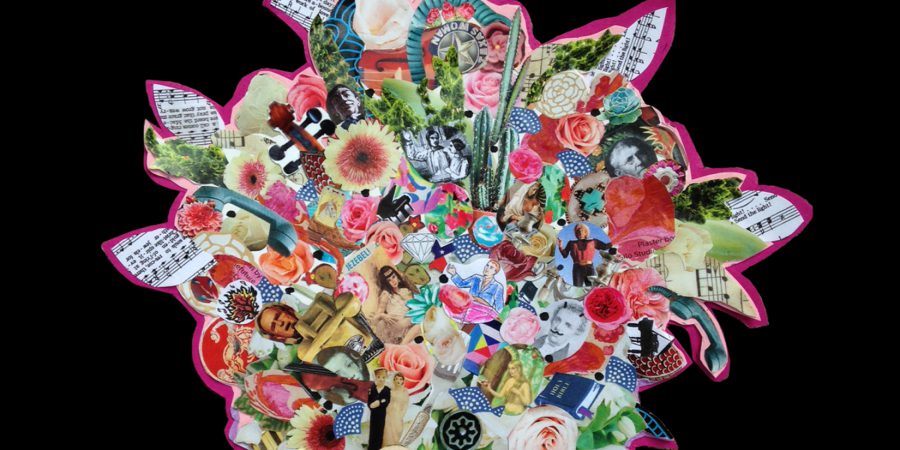 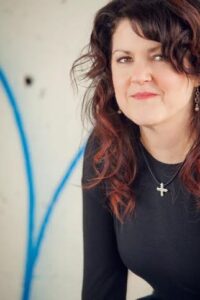 US psychologist and novelist Deborah Cox

American psychologist Deborah Cox shares her extraordinary story of how writing liberated her from her own past, shaped by her upbringing within a fundamentalist church.

In the mid-1990s, I was an academic psychologist, studying women’s anger. The ideas electrified me, but I wrote about them in the traditional way. I never uttered a syllable that wasn’t backed up by some other, more important person’s opinion. I freeze-dried my juicy projects to fit boring psychology journals. About forty people read them.

But my recovery began with the study of women’s anger. I grew up in a smallish protestant group called the Church of Christ (you may have heard of it?) where I learned to recognize swallowed anger by the slight shift of posture, the tone of voice, the carefully chosen words, the change of eye gaze. We worried more about belly fat and body hair than authenticity or humor. We didn’t read novels, and we certainly didn’t read memoirs or books about people having sex outside of marriage.

First, a book of research…

Later, on the suggestion of a publisher who read some of my research, I started writing “smart self-help.” That’s when my second book, The Anger Advantage, was born. What my co-authors and I wrote was based on sound scholarship, but the expert voice for the project sounded, to me, like a televangelist ordering people to call the 800 number and get out their credit cards.

The Anger Advantage sold poorly, and I was crushed. But writing self-help pulled me out of my rut. I saw that I could speak to a broader audience than just the forty academics interested in women’s anger research. Meanwhile, a friend brought me a stack of religious memoirs and I became hooked on stories of spiritual development: apostasy, liberation, and sometimes, a return to new forms of faith that promoted healing. Brave people wrote their early religious experiences, their spiritual abuse, harrowing events that propelled them out of cults or mean churches, and the discovery of salvation on the outside. They wrote their anger.

Fundamentalism taught me to suppress every real, mammalian thing about myself and aspire to perfect wifeliness. Church of Christ women kept quiet – forfeiting their voices and thoughts altogether, especially if men were around. To write about my inner experience of that culture made me a heretic. 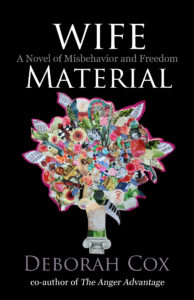 …then came the semi-autobiographical novel

The project started as an exposé. I’d shout to the world how crazy it was in the “C of C,” how it promoted the coupling of cute, muffled girls and preaching, domineering boys. I wrote scenes in which I was silent with terror or shame or confusion. And as I crafted those scenes, I learned how to make up stories that captured the essence of a culture that forbids pianos in church.

Making up fiction shows me the sheer joy of writing – the humor and outrageousness. I un-mute myself. I let it rip. I savor being naughty. My old journal articles, all crimped and cropped, sound like they came from someone else’s pen. And I suppose they did.

Eventually, a novel took form, about someone very much like me who grew up in a kind of intellectual chicken coop, and escaped to seek relationship with her own mind, and have some sex, and laugh at inappropriate things. I’m in the process of unfolding and uncrimping myself, and writing does this for me.

OVER TO YOU If you have an interesting story about your motivation for writing, we'd love to hear about it.

Deborah Cox is a psychologist and writer. Her debut is "Wife Material". Learn more about her work at www.deborahlcox.com.