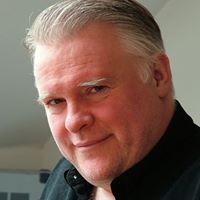 Writing: Why I Write What I Write – Henry Hyde Announces “The New Me”

In today's Writers' Wednesday post, British writer Henry Hyde explains how being shortlisted in a fiction competition run by indie author collective Triskele Books' Words with Jam online journal has come at just the right time to endorse a sea change in his writing career, from journalist and non-fiction author to novelist.

A novel – my first – that has been through several tortuous iterations, was finally making sense, and just as I finished the first draft of the revised opening chapter and an outline of the rest, up popped the Words With Jam competition. What better way to find out whether I really should stick to the day job, or pursue this mad dream of earning at least as much from my fiction writing as I do from non-fiction, editing and design? I blame Joanna Penn and her pie charts. 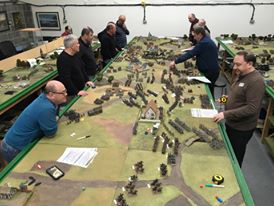 The result – appearing on a list of just a dozen or so names from an overall entry in the region of 400 – really made me sit up and think.

My life is normally spent snuggled tightly into a niche. I write non-fiction.

Not just that, but my audience tends to consist of males aged 35 and upwards who play with toy soldiers. Wargamers. 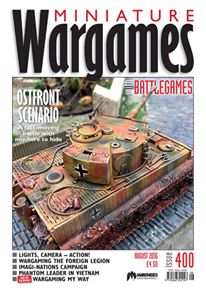 I started my own bi-monthly hobby magazine in 2006, which was bought out by a small magazine publishers in 2011, merged with another monthly publication in 2013 and then sold on to one of the biggest printer/publishers in the land (Warners) in 2015. This month, I’ll have completed my 76th and last wargaming magazine.

I even wrote a book about the hobby. The Wargaming Compendium was published by Pen & Sword, the respected military history publishers, in 2013. To my astonishment, briefly became an Amazon best-seller. I have three contracts for further books for the same publisher sitting in my drawer.

But anyone who has edited, let alone edited and designed a magazine will tell you it’s a treadmill – and it’s a treadmill that’s moving so fast, it’s hard to get off. This isn’t unique to my niche, of course, and any day job can lead to shrinking horizons. I’m 55 now, and it would be very easy to start thinking, “Well, I suppose this is what I do.” But I’m not known for making life easy for myself, and whilst my faithful public has been delighted as I feed their hunger for miniature mayhem, I’ve secretly been plotting my escape. And this week, I handed in my resignation. 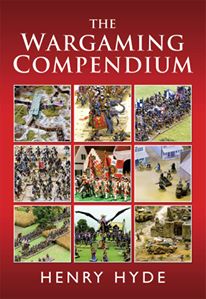 “Seriously?” I hear you mutter. “You’re a non-fiction author with a steady job and signed contracts in your pocket, but you want to write novels?”

It’s worse than that.

I want to self-publish my novels. As a matter of choice. That’s why I’m here.

I’ve spent the last ten years as a non-fiction publishing insider. I know the production process inside out, I can design my own books and I know the value of editing. And I know that without good marketing, none of that matters a damn.

Revealing the Real Me

But as a writer, whilst I have a good command of linguistic chemistry, I’ve feared for a long time that I’ve been starved of oxygen when it comes to the most important element of all.

Every other goal I have set myself pales into insignificance compared to the embers I have carried inside me for 40 years that the Triskele Books shortlist has fanned into flame.

I’ve never entered a writing competition before, and perhaps I’m crazy to feel so buoyant that someone out there likes what the other me wants to write. The real me. The me that has been held hostage for four decades, sitting quietly in a cell while the sensible me has been steadily tapping out sentences that help things make sense.

Welcome to the new me, the free me. The storyteller.

OVER TO YOU Has your writing life been transformed in a similar way? Do you secretly nurture the desire to make a giant leap in a different direction? We'd love to hear your thoughts.

Why I Write What I Write: The Role of the Author by Clare Weiner

Henry is undergoing a disgraceful mid-life crisis and throwing off the shackles of his sensible past. He loves writing, reading, music, visual arts, martial arts and cooking and lives in lovely Brighton & Hove. Oh, and cats, don’t forget the cats. For more information, see his main website: www.henryhyde.co.uk.