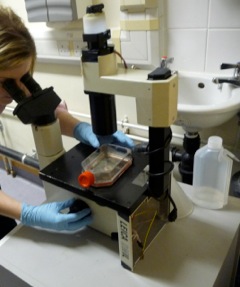 Writing: The Role of the Writer and Why I Write What I Write

In our occasional series on the back-stories behind indie authors books, British novelist Clare Weiner, who writes as Mari Howard, includes reflections on the writers role in society. 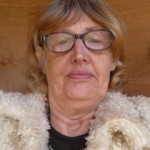 What I write is contemporary fiction, the bottom line not so much of redemption but of reconciliation. One day as I tried to think how to explain why, (for this blog), I turned the radio on and heard a BBC correspondent talking about Colombia. In his short report, quotations repeatedly emphasised the role of writers in South America, and especially in Colombia. They are respected as commentators on politics and society. I’d like to see myself somewhere in there.

Shaped By My Background 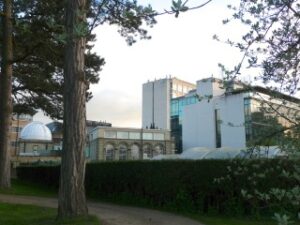 Almost all my adult life I’ve lived in a city which is an intellectual powerhouse, though I didn’t study here for a first degree. I grew up in a family who weren’t intellectual, but who were alert, interested, and deeply committed to issues of justice, honesty, and fairness in culture and public life. It was a churchgoing family, but ‘religion’ wasn’t pushed, it functioned as a background. There was also plenty of science: at a young age I was devouring fact books on life science, the universe, fossils, dinosaurs along with keeping the Christian festivals and reading the Bible. My grandfather, a sceptic, was a keen amateur astronomer.

My birth family background gave me an aversion to extremes: don’t ‘love’ or ‘hate’, seek understanding. Try to see far enough into what you dislike, fear, disapprove of, that you can discuss it rationally, live alongside of it. (Sadly, or maybe more like realistically, I have to admit that I get angry like every other person: and yes, I have passionately held views, like in moderation and not going to extremes.) 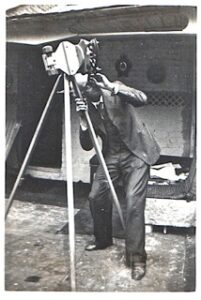 My interest in science and nature, thwarted by weakness in maths, has settled itself firstly in specialising in medical sociology. Before that, being a mum took me into pregnancy counselling and an interest in genetics and fertility research, and the impact of these on our changing society. It’s an area which has given millions of couples – and now singles – the possibility of a child, of a healthy child, of children for single-sex couples.

Accompanying ethical challenges have shaped the societal change that has also shaped my first two indie published novels, Baby, Baby and The Labyrinth Year. If maths had been the cinch it wasn’t, I may’ve chosen to track the changes digital technology has made, but instead life dealt me the biological route. First drafts of Baby, Baby were very  different: the end of a friendship had handed me the need for resolution. I created the figure of Max, a biological researcher working on cloning at a remote and mysterious lab on Bodmin Moor, and Anna, a divorced painter, friends from uni days. A sci-fi story. Then researching the details of real cloning (we’re talking the story of Dolly the Sheep at the Roslin institute), the background from The Second Creation  was so interesting and inspiring that I abandoned sci-fi for reality.

Max split into two: Dr John Guthrie, ardent secularist and brilliant fertility expert, and Dr Max Mullins, junior doctor on paediatric rotation, compassionate and challenged by caring for genetically dysmorphic children. Max’s father is Guthrie’s arch hatred: a fundamentalist pastor, symbolic of all ethical restraints on his work. Anna morphed into Jenny Guthrie, his daughter, studying genetics at Cambridge, and passionately involved with Max. So many storylines were possible: I chose to play with the ‘what ifs’ of corrupted IVF treatment, and make the unfortunate mother a feisty one, and Jenny’s stepsister.

All the World in a Book

A family is a microcosm of the world. Inside an extended family the writer can explore a range of potentially divisive societal attitudes, and in story you engage the reader fully with imagination, with being entertained, maybe with being beguiled by the arguments. Working inside one fictional extended family, I’ve explored through story the pain of division and the reconciliations and acceptances which may occur. Something I really believe in is respecting my characters. I may not ‘agree with’ their views, but that’s not a reason to vilify, satirise, or use.

Where I go next is partially governed by what has gone before. I mean to take the Mullins family onwards, as the human family is endlessly able to reconcile and change, or to fight and disagree.

The Latin American novelists are respected for their commentary on politics and society: my strong influences in this direction have been from the ‘old world’,  from the Middle East and beyond: Khaled Hosseini, Adhaf Shouief (The Eye of the Sun, The Map of Love), Leila Aboulela (The Translator, Lyrics Alley) and began with Khamila Shamsie. Troubled countries, with strong religo-cultural bonds, and generational unrest, which throw the deep ethical questions of life at the characters on a daily basis. And inevitably weave these into a family story.

Without telling our history, I see these influences in my family, my birth family, my extended family, and in the fast changing culture around me. Inspirational, challenging, and on the human scale.

Did any of Clare's influences also impact YOUR books? What motivates you to write what you do? Please feel free to share via the comments box!

Indie #authors, why do you write what you write? One author's story from @HodgePub via #AuthorALLi #ww #amwriting Click To Tweet

Clare Weiner, who writes as Mari Howard, is the author of "Baby Baby", published by her company Hodge Publishing and listed for the People's Book Prize (Fiction). Based in Oxford, England, she is now writing the sequel. She blogs at www.writethinkeditblogspot.com about writing and what inspires her to write.