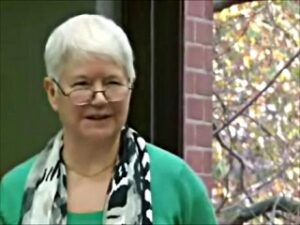 Do you have a traditionally published book?  Are you unhappy with the publisher and, deep down, would like your rights back so you can self-publish it yourself instead? Read on. You can probably organise this much more easily than you think, advises American non-fiction author Ann Richardson.

In my case, it all started with a royalty statement.

The small but prestigious company that had published my book Life in a Hospice in 2007, had been taken over, and the new company did things somewhat differently. Their statement informed me that they owed me £3.27 ($4.18) but “if the amount due is less than your contractual minimum of £25, the balance will be carried forward to your next statement”.

I got hopping angry.

It wasn’t the money – it was the principle.

Yes, the book was selling only a few books a year, but the meagre royalties belonged to me. And, given my age, I figured I might well be dead before my royalties reached the required sum! I phoned the royalties department and they concurred. My £3.27 turned up on my next bank statement.

But it got me thinking. This book, about the wonderful end-of-life care provided in hospices, was the best I had ever written. The medical publisher had overpriced it for ordinary readers in the first place (over £21 for a paperback and not much less for the ebook) and given it little publicity. This was despite a Foreword by the late Tony Benn, some excellent reviews and being Highly Commended by the British Medical Association.

Why was I putting up with this?

That was the impetus for doing what I should have done a long time ago. I asked for the contact details of the editor responsible for my book. Having learned how to self-publish, I wanted to gain control over its publication. But I also thought that getting rights back would involve lawyers, contracts, some payment to them and heaven knows how much time and trouble.

I emailed the editor, with a friendly request for my rights. I expected it would be weeks before I heard from her.

In fact, I had an email within two hours saying that they would be happy to revert the rights, with no cost. Indeed, it took less than three weeks for the contractual issues at their end to be sorted and a formal letter to be prepared and signed by the publisher and myself.

Lo and behold, the book was mine.

Moreover, they not only sent me a pdf of the book, but all the spare paperback copies lying around, free of charge. A surprising bonus.

That book has now been re-launched on Amazon  with an updated preface and a new cover, for £2.99. I can happily report that it is selling 3-4 a week, instead of 3-4 a year.

And this led me to think – why not get my similar book back?

Wise Before their Time was about people with HIV and AIDS back when most people died from the disease. It had been published by one of the Big Five publishers in 1992 and was long out of print. It took me a while to track down the relevant person for reversion rights, but when I did, again there was absolutely no issue from their end. A formal letter returning the rights to me is, I am promised, on its way shortly. I hope to use that as a giveaway on my email list as it is still a good read, albeit out of date.

So don’t be frightened. If my experience is anything to go by, it is much less of a problem that you think.

And what do you have to lose?

OVER TO YOU Have you had a similar experience and have top tips to share on how it's done? We'd love to hear about it!

OTHER USEFUL POSTS ABOUT RIGHTS

Publishing Rights: How We Got a Film Deal for our Self-published Books

Life in a Hospice: http://myBook.to/Hospice

Wise before their Time: http://amzn.to/2ooEF3l