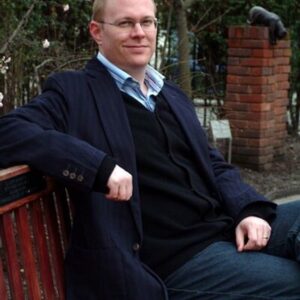 Toby Mundy, who manages international and film and TV rights for ALLi

The good news for us, as indie authors, is that rights issues are greatly simplified. We own our rights and we can decide what we want to do with them.

We are not bound by a publisher's overall policy and loyalties to other titles.

The bad news is too often we don't know how to deal with translation rights.

Here are some suggestions of ways you might handle them.

Amazon has a number of Kindle stores in different countries. Once you load your books, they are automatically for sale in all stores. Those countries that do not have their own store are included in one of the bigger stores. e.g. customers in customers in Australia in Amazon.com. (Note: This information subject to change as Amazon extends into more territories)
Other companies like Apple and Kobo are also aggressively pushing into overseas markets. Kobo has teamed with booksellers throughout the world — e.g. British book chain WH Smith and French chain Fnac — as exclusive ebook partner.
Kobo's strapline is: Read Freely and they are trying to provide a robust challenge to Amazon Kindle, whose proprietary software locks  its ebooks into its own device. US giant Barnes & Noble has launched the Nook in the U.K. and will presumably be targeting other countries soon also. 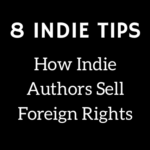 INDIE TIP #1: To maximize your presence in overseas Kindle stores, set up an Author Central account on each of those country-specific sites where it is available. If you are selling your books only in English, set up your bio and book information in English. If you have a foreign translated version (see below), use that language instead.
INDIE TIP #2: Having a free book is a good way to be discovered in overseas stores, going on anecdotal evidence from members of The Alliance of Independent Authors (ALLi). You can do this on Kindle by being part of KDP Select or, if you offer a book free through other stores, Amazon will eventually price match. This will happen first at Amazon.com, then slowly in the others (Amazon.uk, .de, .es  etc) over time.
Lindsay Buroker has blogged about making that strategy work for her.

“It’s taken a while for the free ebooks to percolate through, showing up in the international Apple stores, but I’m now … making between $1,500 and $2,000/mo overall in overseas sales… If I tried to target each of these countries individually through forums or paid sponsorships, it’d be a tall order.”

Many ALLi members agree — but all emphasize that this take a long time to filter through and that you should be clear which book you are going to offer as your ‘discovery vehicle'. Like all free strategies, this works best if the book is the first part of a series.

2:  Get An Agent to Sell Your Rights To Foreign Publishers Who Will Translate and Sell Your Book.

If an agent believes money can be made from your book, he or she will work for you on a commission basis, usually 20% of advances and subsequent royalties in foreign markets. The author pays nothing up front; the agents only get paid if they sell.

Toby Mundy of TMA represents suitable books in translation markets for members of ALLi. Toby is currently accepting submissions from members who have sold more than 50,000 books but hopes to roll this service out to all members soon.

Foreign publishing is behind the US and UK with regard to the self-publishing revolution. In most countries, the market share of ebooks is 1% of the total — compared to approximately 20% in the US and 8% in the UK. There are still some editors who will dismiss any indie book out of hand but increasing numbers who are intrigued and inspired by the possibilities.

ALLi's rationale in seeking an agent for our members was that it is challenging for an indie author to acquire the knowledge of international territories and publishing houses required to handle their own translation rights, on top of everything else. It seemed a good service for members to have their books read and assessed for translation rights potential by somebody who had experience in this complex arena.

INDIE TIP #3: Consider whether you have sold enough books to interest an agent. If you're not already a member and you have a significant track record, join The Alliance of Independent Authors to avail of the association's translation rights service

3:  Get LOTS of Agents to Sell Your Rights To Foreign Publishers Who Will Translate and Sell Your Book.

John Penberthy received almost $40,000 from selling foreign rights for his book, To Bee or Not to Bee, by identifying the email addresses of over 100 foreign literary agents through Internet research.

“I sent them a brief descriptive email with the link to the trailer (for the book). This piqued the interest of a dozen or so who requested a review copy. Several of them took me on and offers for translation rights from foreign publishers started coming — Korean, Italian, Spanish, Portuguese, Slovenian, Chinese, and Romanian — with advances totaling nearly $40k. Several other languages are in the works. I strongly recommend using literary agents (as opposed to contacting publishers directly); they are worth their weight in gold.”

You can read more about John's strategy here.
INDIE TIP #4: You can only have one agent per book and many agents prefer to represent an author's entire oevre.

4: Sell Your Rights Directly To Foreign Publishers Who Will Translate and Sell Your Book

The popular self-publishing guru, Dean Wesley Smith, recommends a more DIY approach, cutting out the agent to contact the overseas publishers yourself to try to sell it to them directly.

“If your agent in a big agency wants to try to sell your books overseas, they give it to the dedicated foreign agent (who you likely don’t know) who then either shops it or gives it to yet another agent (who you certainly don’t know and didn’t hire). If you want to be an internationally selling fiction writer, take control of this aspect of your career as well as home market. My wife sold her last few books overseas on her own completely from start to end. On another, she sold it but brought her agent in to help with the deal.”

In order to do this, You will need to become an expert in foreign rights, getting to know a wide variety of agents, sub-agents and publishers in a number of territories. Travelling to large international rights fairs at least twice a year becomes essential to get direct contact with foreign publishers and sub-agents. The three big ones are; The Frankfurt Book Fair, which takes place each October in Frankfurt, Germany; the London Book Fair, which takes place mid April, and Book Expo America, which takes place end of May in NYC or Chicago.
INDIE TIP #5: Do not just turn up to an international book fair, hoping to sell your book.Meetings are arranged in advance with acquisitions editors at international publishing houses, to whom new projects are pitched, and new potential publisher customers can be discovered.
INDIE TIP #6: Be prepared to invest. A table in the rights arena at an international book fair will cost $1000 or more.

BONUS TIP: New rights services are growing up online to help authors meet rights buyers directly without having to travel to a book fair and using technology to extend reach. ALLi now has an arrangement with one of these, Pubmatch. Our members have access to Putmatch's premium service (usually $79.99) at the deeply discounted rate of $9.99.

5:  Pay for Translation and Sell the Translated Ebooks and Pbooks Direct to Readers

Bella Andre, the popular romance writer, has as many as 30 people contracted to help translate her books into foreign languages. She admitted that DIY translation was much harder than she’d ever expected, even with large QA teams to help ensure quality. Given her experience, which would she recommend — using an agent or direct translation? Both, she says.
Finding a translator is extremely tricky and the more literary the book, the trickier it gets. A rate of about 4 to 10c per word is lowest level and standards vary greatly. Fiction is most difficult.  This option also requires a great deal of upfront investment. Translators typically get between 2k and 5k euros fixed for the translation of a standard fiction book, and/or some 30% of royalties.
As indies enter the market, other deals between writers and translators are becoming possible.  I have Danish and German translators working on my books on a royalty split basis.
INDIE TIP #7: Be aware that in some  European countries the copyright of the translated work lies with the translator, even if paid an upfront lump sum, unless otherwise specified in a legal agreement.
INDIE TIP #8: Shorter books are better for translation because they keep costs down.

This is your best possible strategy in overseas markets, as at home. Hit it big with your book in English: either huge money big or award-winning big. Then the rights buyers will be lining up in your inbox.
INTERNATIONAL RIGHTS SALES: MORE TIPS
foreign rightsindie authorsJennifer CusterOrna Rossself-publishingtranslation rights