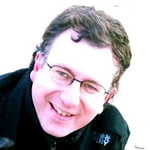 Before you react to a disappointing review, consider who sent it – “the peanut gallery” or your peers? ALLi’s Creative Advisor Mark McGuinness offers valuable advice on how self-published authors can remain resilient in the face of adverse criticism.

Mark McGuinness, creative coach to indie authors and creatives of all kinds

Leonard Cohen is not your typical rock star. Not only does he write slow, melancholic, poetic songs, with a minimalist acoustic accompaniment, he has also spent several years living the reclusive life of a Zen monk, a disciple of the teacher Kyozan Joshu Sasaki Roshi.

In an interview, Cohen told the story of being visited by Roshi at the recording studio during the seventies. The music press critics were writing him off as ‘an old depressive drone peddling suicide notes.’ When the singer asked his teacher what he thought of the music, Roshi replied: “Leonard, you should sing more sad.”

While the critics wanted him to tone it down and deliver something more upbeat, Roshi evidently felt Cohen needed to go in the opposite direction—to stop holding back, forget about people’s expectations, and fully surrender himself to the sadness.

If Cohen had listened to the critics he would have compromised his art and disappointed his fans. No, his work isn’t to everyone’s taste, but trying to please everyone is a recipe for disaster for an artist. Or for anyone else who wants to do something truly original. No wonder Cohen said this was the best advice he ever received. 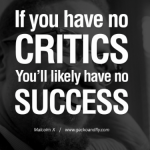 You’re better off doing nothing than doing something bland. Sometimes it’s important—even fun! —to annoy certain people, and have them hate your work. A nice side effect of this kind of criticism is that your fans will love you all the more, and rush to your defense when they see you being attacked.

When you’re faced with criticism, it’s easy to take it at face value. But as Leonard Cohen’s story shows us, who is talking is at least as important as what they are saying.

You might not take kindly to an armchair tennis player giving you advice about your backhand, but if the same words came out of the mouth of a grand slam champion, you’d be all ears, however brutal their assessment.

So before deciding what to do about a piece of criticism, always consider where it’s coming from. Here are some of the usual sources:

Next time you encounter criticism, ask yourself who is speaking:

• Haters and trolls—ignore them. Or report them (to their ISP or the police) if the abuse is seriously threatening.

• The peanut gallery—ignore them. Or be polite but don’t take them seriously.

• The public—firstly, separate the general public from your public (your fans and/or potential customers). Ignore the former; listen to the latter, even if you don’t always do what they want.

• Professional critics—firstly, separate the ones who ‘get’ what you are trying to do from the ones who don’t. Feel free to ignore the latter. Analyze the former’s words carefully, to see whether there’s anything you can learn from them.

• Your peers—firstly, try to distinguish between rivalry and genuine criticism. Secondly, ask yourself whether they have a point, and what you can learn from them.

• Your mentor(s) —listen carefully to what they say and consider it over time. If it’s not clear, ask them to explain further. When in doubt, give them the benefit of the doubt. 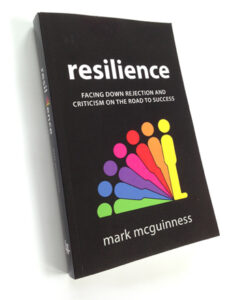 Mark McGuinness, coach for creative professionals based at LateralAction.com, is the author of Resilience: Facing Down Rejection and Criticism on the Road to Success