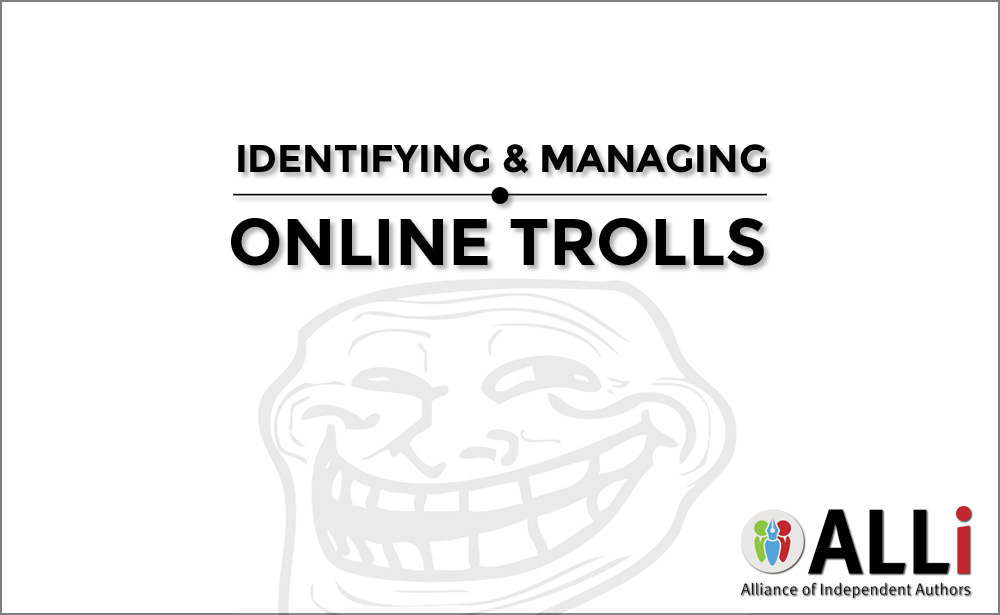 If you have ever used the internet, you've likely encountered the ubiquitous troll. Trolling has, unfortunately, become an indelible part of the internet landscape.

But are all trolls the same?

We're quick to dismiss negative comments as trolling or ascribe them to “haters,” but that's lazy thinking. The fact is that these commenters may have dramatically different motivations, and understanding them is crucial to dealing with the comments in a constructive and professional way.

Please note that while you'll find these kinds of individuals posting negative reviews, the advice for dealing with them doesn't apply to those venues. Customer reviews are for customers, not authors, and any intrusion into that space may be met with resentment. The tips below deal only with interactions in a forum where the author is a welcome participant, such as Facebook pages, blog comments, etc. However, these examples can still be useful in understanding the motivations of negative reviewers.

With that in mind, I offer this brief guide to recognizing common varieties of negative commenters you may encounter, and ways of defusing the chaos they create.

Genuine trolls are toxic pranksters who thrive on negative attention. They sow chaos for its own sake, seeking to disrupt meaningful communication and provoke an emotional response from their targets. Groups of trolls may flood a channel with inflammatory or nonsensical memes, a practice they have colorfully dubbed “sh*tposting”. Often, this content is meant to shock: pornography, hate speech, and cruelty are standard weapons in the arsenals of these provocateurs.

Because trolls define success by their ability to provoke an angry response, countermeasures involve shutting them down quickly, before they can derail the conversation and goad other participants into outraged bedlam. If you don't have control over the forum and can't ban the troll, report them to the moderators, block them, or ignore them.

Don't respond directly to trolls. Any acknowledgement — especially an emotional reaction — is likely to intensify the harassment, and may invite attacks by other trolls.

Although trolls and stalkers both seek to cause an emotional reaction, they vary in their methods, purpose, duration, and malice.

Trolls engage in negative behavior for a laugh at someone else's expense; stalkers seek to cause lasting harm to their victims.

Trolls tend to be opportunistic; stalkers are premeditated attackers who fixate on specific victims.

Trolls are hit-and-run offenders who quickly lose interest; stalkers engage in targeted, sustained abuse, sometimes over a period of years.

None of this is intended to trivialize the emotional and financial harm trolls have caused, but rather to distinguish between the motivations of stalkers and trolls. Any of the following behaviors may identify stalking:

Stalking may escalate, and so any incident that falls into the categories above should be treated with extreme caution. Targets of stalkers should document all incidents of harassment, including the time and date, and report them to law enforcement if there is a credible threat of violence. Secure your accounts with unique, robust passwords. Crash Override Network offers additional prevention tips and resources for targets of stalking, including best practices for cybersecurity.

Trolls and comedians may appear similar at first glance, but where the troll is openly cruel and disruptive, the comedian is just trying to be funny. Unfortunately, he may not be as funny as he thinks he is, and his inappropriate jokes and satire may spark arguments.

On the less dire end of the spectrum, we have the tribalist. Tribalists take offense at anyone or anything that doesn't mesh with their black-and-white view of how the world should be. Whether it's politics, religion, sports, preferred operating system, favorite genre, or the Oxford comma, the tribalist will explode in righteous fury at any hint of a dissenting opinion.

For a tribalist, these aren't just preferences or strongly held opinions, they're part of the tribalist's identity. A challenge to their opinion becomes a threat to their identity, with all the emotional backlash that comes with that.

The key to defusing tribalist behavior is emphasizing common ground. Reassuring the tribalist that their choices are valid and reminding them that everyone in that forum is there because of a shared interest helps to break out of the “us vs. them” mindset.

The rager uses the internet to vent their displaced aggression at anyone who crosses their path.

Ragers are characterized by their disproportionate and frequent hostility. A quick investigation into their other posts will often reveal a pattern of furious outbursts wherever the rager has been. If that scathing review seems unreasonably harsh, it may not be the book (or the author) that the reviewer is angry at.

Dealing with the rager is no different than dealing with any other angry person: listen to them with calm, patience, and compassion. Don't patronize. Acknowledge when they make a valid point, and let them know their opinions matter.

If the hostile behavior persists or crosses the line into trolling, it may become necessary to ignore or ban the individual. In most cases, though, a courteous and sympathetic ear works wonders. Without a constant stream of fuel to feed their fury, the rager's anger will subside. You may even receive an apology.

The critic isn't always malicious, but their unsolicited advice can drive an author to tears. Here, we frequently see novice authors regurgitating whatever dubious tidbit of writing wisdom they've stumbled across that week.

“I liked the book, but I had trouble getting past all the adverbs. A good writer never uses adverbs. Ever.”

When injected into a fan discussion, these comments can provoke angry responses from other members of the group, which provokes an angry response from the critic, which drags civil conversation to its fiery death.

Some critics are malicious, acting out of insecurity and a desire to bolster their faint self-esteem by asserting superiority or dominance over others. It can be difficult to tell which variety of critic you're dealing with, but the response is the same in either case: give them the benefit of the doubt, and offer your polite thanks for the input. (This doesn't work as well in live video, where the Critic may notice your eye twitching uncontrollably.)

Sustained debate is not recommended, as this breed of commenter tends toward a stubborn insistence on truth of their advice, and an endless capacity for argument. If the critic persists, you can invite them to contact you privately. That's a good way to redirect them if they're bringing down the enthusiasm of the group or creating friction with other members. You might even make a new friend or lifelong fan in the process.

Dedicated fans are a precious resource. Dismissing an irate fan as a troll is a sure way to lose that reader forever, and could cost you dozens of other readers as they hear about your shabby treatment of your former fan. When in doubt, err on the side of caution.

Fans may air their grievances publicly for a number of reasons. Perhaps they couldn't find a way to get in touch with you privately. Maybe they feel the only way that their complaints will be taken seriously is to air those frustrations in public.

Whatever the reason for a reader's discontent, they deserve to be heard and acknowledged. You don't need to agree with them. You don't have to change one thing to suit them. But at the very least, you should hear why they're upset, and let them know you'll consider what they've said.

This simple courtesy can win back an angry reader and strengthen your fan community.

Spelling Out the Rules

It's a good idea for your blog, website, or Facebook page to include a commenting policy. A well-crafted policy establishes clear guidelines for visitors to your blog or Facebook page, and when applied consistently, ensures a healthy balance between free speech and a welcoming environment for your readers.

If it becomes necessary to delete a comment, you can direct readers to your comment policy to head off accusations of unfair treatment. The ability to delete a comment and refer the individual to your site's guidelines provides a disciplinary option short of an outright ban. This can be useful in accidental violations or cases when a valued member of the community steps over the line.

This isn't an exhaustive list of the characters you'll encounter online, but it covers the most common varieties of negative behavior. Applying this “troll triage” to online comments can quickly identify the type of individual you're dealing with, and suggest ways of minimizing conflict on your blog, troll-related or otherwise.

OVER TO YOU
What's your strategy for dealing with negative comments? Do you favor strict moderation, or do you prefer a light touch when dealing with questionable comments? Let us know in the (lightly moderated) comments below.

Opinion: Why It's Good to Get Bad Reviews