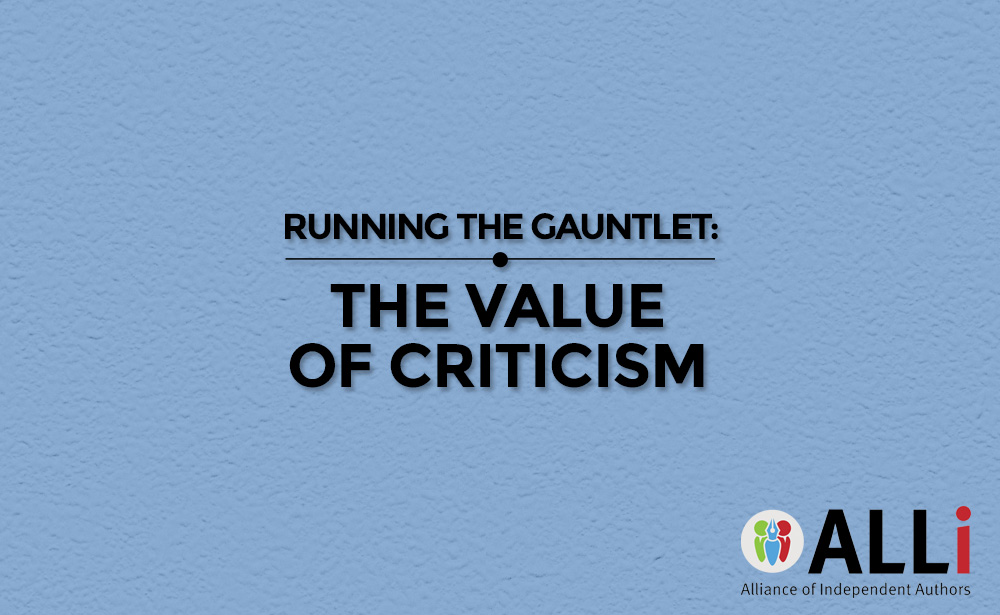 Running the Gauntlet: The Value of Criticism

Once upon a time, I set out to create a truly awful book cover. Not just a bad cover, but a mockery of a cover so excruciatingly amateurish that people would immediately erupt in laughter when they saw it. I would show it to my friends, we'd all have a good laugh, and then exchange horror stories about bad cover designs we'd seen (or made). 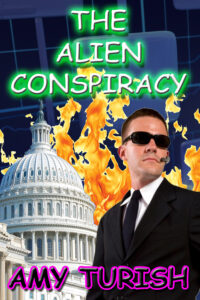 Elements via Shutterstock, iStockPhoto, and the salty tears of professional cover designers

And then I posted it to Facebook. “Hey guys, here's my entry for a book cover design competition next week! What do you think?”

There's an internet adage known as Poe's Law, which states that without some indication of the author's intent, it's impossible to create a parody so exaggerated that it cannot be mistaken for sincere belief.

The day I posted that cover, I learned the truth of that statement.

“Looks great, when can we read it?”

Now, some of my friends are as snarky and mischievous as I am, so my first reaction was to chuckle at their sarcasm. But as the polite compliments continued to roll in, I realized they weren't being sarcastic. They were being supportive. And they would rather let me trot out that abomination of a cover than crush my dreams.

I promptly ended the joke. “Guys, I was kidding! You know how much I despise Comic Sans.”

“Oh, thank God, I didn't want to say anything mean…”

“I wondered if you were joking!”

“Hahah, that's one ugly cover. Are you going to enter it in the contest anyway?”

I looked at that cover, with its fluorescent, Day-Glo green type in Comic-freaking-Sans, and I was terrified. How many embarrassments had I set loose on the world, propelled on the praise of family and friends?

That incident changed my perspective on feedback and criticism. Over the next few years, I distilled my experiences into these personal guidelines for soliciting and receiving feedback.

When someone tells me, “Your shoelace is untied,” that's not an attack on me. It's helpful information, and I appreciate someone saving me from a faceplant in the middle of the street.

But our art and writing are not shoelaces. We pour our heart and soul into those creations, so it's natural that we identify with them on a personal level. That means criticism of our work can be perceived as criticism of us.

It's vital that we shake off knee-jerk reactions and create emotional distance from our work. Only then can we evaluate criticism objectively and make use of the priceless information it provides.

My mantra goes something like this: I am not my work. Negative feedback doesn't mean my work is bad; this is how I find ways to make it better. My work can always be better.

I find that repeating this to myself periodically helps me reframe criticism into something positive and constructive. It's certainly more effective than curling up in the fetal position.

As I learned from my “Alien Conspiracy” prank, the people closest to you are rarely unbiased. While there may be a few truthtellers in the mix, you'll probably need to venture outside of that safe, supportive circle of friends to find the unvarnished honesty your work requires.

Give permission to be blunt

It's not just your immediate circle of friends that may be reluctant to hurt your feelings. When you ask peers and professionals for feedback, they don't know your threshold for criticism, and some may hold back for fear of alienating or upsetting you. Or they may soft-pedal the criticism for diplomacy's sake, and fail to convey their true concerns.

Give them explicit permission to be brutally honest, no holds barred. Hang your work from the ceiling, hand out sticks, and let them whack that piñata until the candy explodes out of it.

That kind of unfiltered criticism can be an ego-deflating experience, but it's some of the purest, most helpful feedback you can get.

If you view feedback as a peek into the thoughts of readers, even flawed criticism becomes useful. Less-than-helpful comments like “I don't like it” and “ugh, no!” can be expanded into useful information with a gentle prompt. “Oh, is it the typeface that's off? What would you prefer if this was your book?”

When someone voices feedback that goes against what we know, believe, or just don't want to hear, we tend to dig in our heels and push back. Avoid this, both internally and externally.

Don't challenge the feedback you receive, because that may have a chilling effect on other comments. Thank them politely and move on, no matter how you feel about it. The goal here is to coax feedback from your peers, not to defend a point of view.

Don't automatically reject feedback you disagree with, either. When you encounter a comment that makes you want to reflexively push your laptop off your desk, stop. Look at it from all sides and try to figure out what it is that bothers you about the comment.

Is it a statement that goes against what you know? Maybe it's an alternative point of view that's just as valid in another context, such as a different age group or a different genre. Could this be an opportunity to include a new target audience?

Is it a statement that makes you recoil because you don't want to deal with it? Maybe there's a great deal of work involved to implement that suggestion, and you can't even contemplate that right now. But in 24 hours, you might feel differently. Don't discard that suggestion yet.

The opinions we want to reject are the ones we need to consider most carefully. These are the ideas that brush up against our internal biases and assumptions, and the resentment we feel may actually be the cognitive bias that's blinding us to new approaches.

I love criticism just so long as it's unqualified praise. — Noel Coward

I recently had a chance to put these guidelines into practice. The rough draft of a cover I'd been working on wasn't coming together as well as I'd hoped, but it received enthusiastic feedback from a few random readers in the book's target audience. I persuaded myself that I was being hypercritical, and it was probably okay.

But, just to be safe, I ran it past my colleagues. I asked for their opinions and made it clear that I welcomed “brutal honesty”.

And boy, did they oblige.

In the course of the discussion, I learned:

Ten years ago, I would not have been able to accept that criticism.
I would have rejected the opinions that conflicted with mine. (“So what if the font is ‘dated', Garamond dates back to the 15th century!”)
I would have tried to defend my design choices, rather than consider why they didn't work for others. (“What? That's obviously a woman!”)
Having a dozen people agree that the cover wasn't up to standards would have sent me into a deep depression.

Instead, reframing that criticism and embracing it saved me from a potential disaster. Sure, I was disappointed, but after a little reflection and a pint of Double Chocolate Fudge ice cream, I quickly realized they were absolutely right. I had been deceiving myself, and the cover was not a good fit for its genre, the target audience, or the book itself. In fact, it wasn't a good cover, period. Perhaps not “Alien Conspiracy” bad, but nowhere near professional standards.

This book launch would likely have been a flop had it not been for the honesty of my colleagues.

I'm grateful to them for sharing their experience.

Over to You
How do you deal with criticism? Let us know in the comments below.