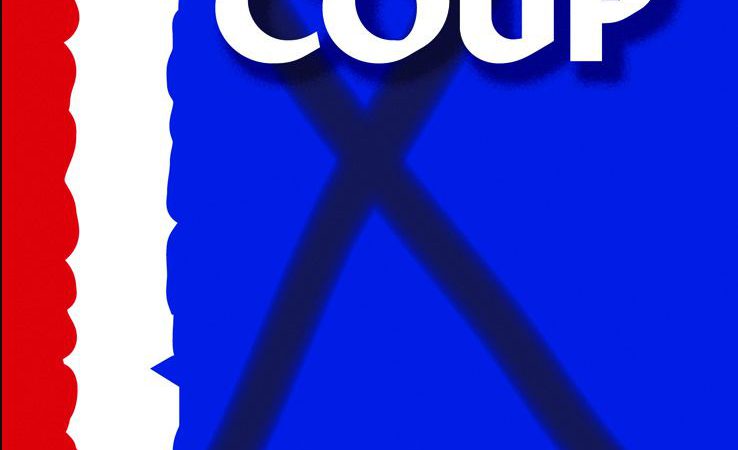 I'm particularly chuffed – not to mention surprised – as they first reviewed it two years ago!

Fiona Joseph will be one of three panel authors (including bestselling author, Mark Edwards) debating the future of self-publishing at the 3rd Pow-Wow Litfest in Birmingham, UK, on Sunday 15 September.

Fiona also starts off the next season of author talks based on her biography, BEATRICE: The Cadbury Heiress Who Gave Away Her Fortune.

As far as I can work out three ALLi members made it to the short-lists of the Kindle Book Review 2013 Book Awards – me in the Literary Fiction category, and Jessica Bell and John AA Logan in the Short Fiction category.  Out of the hundreds of thousands of books submitted, that's very good going!

I am a new member and my first novel has just been self-published with the launch held last Wednesday at The Haining, Selkirk, in the Scottish Borders.

In the Wake of the Coup is a satirical political novel set in an offshore north-west European island. Although the book has a political setting it is a book about people — people who don’t always fit into neat pigeonholes, people who are passionate and apathetic, people who can surprise in many different ways.

Begun in 2009, it has kicked around on my computer until I decided to take the plunge and self-publish it. The idea for the book was sparked by concern in the media about widespread apathy and low voter turnout coupled with the power though to be wielded by the Civil Service. The hare of my imagination was set running and prompted ‘what if?' questions. What if the Civil Service took over government? What would be the reaction amongst an already apathetic population? The scenario lends itself to numerous interpretations. In the Wake of the Coup is mine.

It is spring in Australia, and Melbourne-based indie writer Steven O'Connor is springing into action. He has a spring-cleaned website, a brand new ‘little reading', as he calls his short audio recordings, and is poised to plunge into the next draft of his work in progress titles Under the Garden. For more details and if you'd like to follow Steven O'Connor, you can visit his website .

Great to see a nice three-page spread about The Imagination Thief in this month's New Edition magazine – a stylish layout, me wittering on as usual, colour pictures for all the family, and even big purple numbers…

Shy Feet: Short Stories Inspired by Travel is now available as a paperback and as an e-book on Amazon.

A collection of quirky character-based tales about dream holidays, journeys of discovery and getting lost in Gatwick Airport, Shy Feet promises to satisfy wanderlust and deliver gentle laughs. To sample three of the twelve short stories completely free go to Goodreads and download an excerpt.

And I'd be very happy to give away free copies to fellow ALLi authors in exchange for reviews. 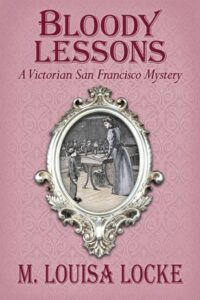 Bloody Lessons, the third book in my Victorian San Francisco Mystery series launches Sunday, September 15 in print and on Kindle, and is available for pre-order on Amazon.com.

In celebration of its publication the first book in the series, Maids of Misfortune, will be free on Kindle September 15-17, and the second book, Uneasy Spirits, will be 99 cents September 15-21.

In Bloody Lessons, it's the winter of 1880, and the teachers of San Francisco are under attack: their salaries slashed and their competency and morals questioned in a series of poison pen letters. Annie Fuller, the reluctant clairvoyant, has been called in to investigate by Nate Dawson, her lawyer beau, and the case becomes personal when they discover that Laura, Nate's sister, may be one of the teachers being targeted.

In this installment of the Victorian San Francisco Mystery series, readers will find the same blend of a cozy mystery and romantic suspense, played out against the historical backdrop of late 19th century San Francisco, that they found in Maids of Misfortune and Uneasy Spirits. If you are new to this series, you will still enjoy spending time with the lively residents of Annie Fuller's boarding house and visiting San Francisco when Golden Gate Park was filled with horse-drawn carriages, politics were controlled by saloon-keepers, and kisses were stolen under gaslight. 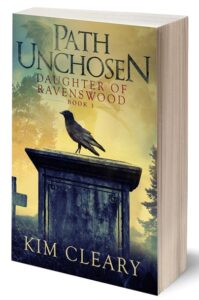 Kim writes urban fantasy for anyone who longs to discover they are extraordinary. She writes about hopefulness and determination, and about heroes who push through extraordinary situations and obstacles, one step at a time. Magical friends and gorgeous guys help, or hinder, in one adventure after another.

When not writing, revising, or thinking about writing, Kim gardens, plays with her dog, chats on social media, catches up with friends or cooks an Indian feast. She is a member of Writers Victoria, Romance Writers of Australia, The Alliance of Independent Authors, and a certified chocoholic.

Kim grew up in Birmingham, UK, studied medieval history and psychology at Adelaide University in South Australia and has worked all over Australia and in London. She now lives with her husband and an adorable Cocker Spaniel in Melbourne, Australia.

About the book: Path Unchosen

When eighteen-year-old Judy Hudson discovers she’s a necromancer and sees first-hand the pain her powers can cause the dead, she just wants to deny who she is. The zombie plague is long over. She wants to find a more normal life, but that's a challenge when a beautiful otherworldly man, who claims to be her guardian, saves her life.

Judy tries to set right the harm she inflicted on a spirit she raised, but new zombies attack—zombies raised from among the long-time dead. Someone else just like her is out there, and he's not trying to set anything right. To save her own life, and protect the innocent inhabitants of the nearby town who’ve become her friends, Judy has to figure out who’s raising the dead and why. She must also learn to control the darkness inside her—a seductive darkness that promises her power beyond her wildest dreams.

Additional Info – book published on Sept 8 for Kindle, POD version will be available in a few weeks. It's the first in an urban fantasy series.

If you are a member of The Alliance of Independent Authors and you would like to showcase your work on our ALLi Showcase, please send it to [email protected] to reach me no later than the Friday preceding the Wednesday you would like it published