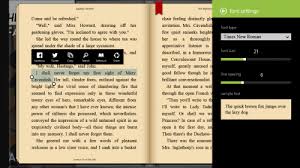 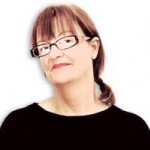 Orna Ross: “When are we going to start telling the truth about what's really happening in our marketplace?”

Contrary to recent reports, e-book reading is up everywhere, says Orna Ross. From the self-publishing author's perspective, the opportunity is huge. But when are publishing sales figures and bestseller lists going to include self-published books in their data?

Another day, another story delightedly announcing the downfall of digital.

The Canadian and (as far as I can see without a subscription) the London stories touted their conclusions while blithely ignoring the existence of indie-penned ebooks. The NYT article did mention Amazon and self-publishing authors at the end, but made no attempt to enumerate their sales.

Or come up with any data of their own.

Or interview anyone about how undocumented sales by self-publishers meant this falling figure, presented by the Association of American Publishers, must be flawed.

Neither did they feel any compunction in headlining their article: “Ebook Sales Slip…”, while knowing they were failing to include what is estimated to be 30% of the e-book market.

Not Facts, But Attitude

What’s possibly even more troubling than such lazy analysis from these “papers of record” is the mindset that gives rise to it.

The newspaper business has been hit hard by digital and the NYT article made its prejudices clear as it kicked off with “collective panic over the uncertain future of print” among “publishers and authors [who] feared that cheaper e-books would cannibalize their business.”

What about those of us, also publishers and authors, for whom cheaper ebooks are our business? 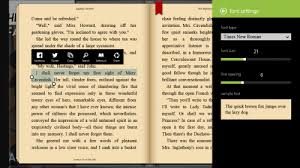 E-book Reading Is Up, Everywhere

This barely restrained glee about supposed e-book decline is not just sloppy journalism. It's ideology posing as information. Thankfully for writers and readers, it's just plain wrong.

Where there is no prejudice or vested interests in what the NYT calls “the tug of war between pixels and print”, in libraries, for example, the indicators are that e-reading is still on the rise, even in the US, widely agreed to be the most e-book saturated market.

Library Journal reported last week that their e-book catalogues increased by 37% in the past year, with demand for adult ebooks increasing by 80% in that time.

E-book is clearly the preferred reading format for a large percentage of readers in the US and UK, a sometimes option for many others, and now beginning to take off internationally, through what publishers are calling “globile”: the expansion of reading on mobile phones in countries that traditionally have had a problem accessing books.

Readers in territories like China, India and Africa choose to read ebooks not on dedicated devices but on their low-cost smart phones.

All in all it is estimated that global book revenue will rise $8 billion from 2014 to 2019. Much of that growth will be in e-books as the global e-Book market has been valued at $14.5 billion dollars and is expected to reach more than $22 billion by 2017 (Kobo Book Report). “The advances that we’re seeing year-over-year are incredible,” Kobo chief content officer Michael Tamblyn said. “More publishers, users and new technology [are] changing the face of the industry at an unprecedented pace.”

And that's before the Internet giants projects like Facebook's  internet.org get going. Google, Apple and Amazon are all investing in growing books and readership globally and encouraging reading and literacy wherever they go. Google's Internet Saathi project, for example, has trained teams touring India by bicycle showing rural women how to connect with their smartphones.

And, as these opportunities expand, indie authors are where they always are: in the vanguard.

Relishing their ownership of all rights and access to technology. Banding together to share information about how they can take their books beyond their own borders. [As some commentators point out below, an excellent source of information about these developments is Mark Williams, who runs a Facebook Page here and blog here]

That's a far more exciting story than e-books' supposed fall but you won't be reading about it in your newspaper anytime soon. Traditional media relies on flawed statistics put out by trade publishing, and the companies that analyse the industry: Neilsen and Bowker book data and trade magazines like The Bookseller and Publishers Weekly.

Open Up To Indie Authors

Those who are responsible for publishing industry data need to find a way to figure the book sales of self-publishing authors, not as something separate, but as an intrinsic part of the business.

We are a sizable part of publishing now. We are successful booksellers now. So can organizations please stop putting out “bestseller” lists that leave off some of the biggest bestsellers?

Yes, there are challenges in reporting author-published books if you rely solely, as Publishers Weekly (US) and The Bookseller (UK) both do, on trade publishing figures and Nielsen BookScan data, which in turn rely on ISBNs, International Standard Book Numbers.

Because so many indies see no advantage in using ISBNs, Nielsen numbers cover not the 85% of the market the company claims, but figures from a selection of corporate publishers that are increasingly inaccurate as self-publishing takes hold.

Author Earnings has convincingly estimated that as many as one-third of self-publishing authors don’t use ISBNs, and that many of these are the higher selling indies. This enterprising team of two, indie author Hugh Howey and a number cruncher known as Data Guy, has also shown there are ways to find data that would allow for more inclusive estimates.

IndieReader another small indie effort punching above its weight, run by Amy Edelman, puts together a list, each Monday, from The New York Times, USA Today and Amazon.com bestseller lists.

Why is none of this data being integrated by publishing analysts? Why are none of them doing any research of their own? Why are people happily neglecting to do their jobs?

At a minimum, if the data compilers won’t or can't include self-publishers, they could to put a disclaimer on their misrepresentative charts. We recently proposed the following simple formula to one compiler of such lists:

“These charts represent conglomerate publishing only. A significant number of books were also sold this week by independent authors and publishers.”

and suggested they might put it at the end of each chart.

We're not holding our breath.

The Death of Print? 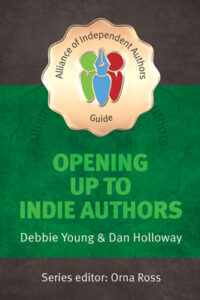 It's Time to Open Up To Indie Authors

No, p-books is not going away, any more than e-books are. Even in the US, the country where most e-books are sold, print still accounts for a sizeable chunk of the market (though probably not the 65 – 70% quoted by the same flawed figures that skew the e-book data).

But to say this is not the same thing as saying e-book sales are falling.

Print is far from dead and indie authors need to find a way to make print work better for them. ALLi is currently talking to Ingram about ways in which that might happen.

There is no war between print and pixels in the indie author's mind. Both are ways to reach readers.

And there's no war for the readers either, as demonstrated by an email I received from a reader this week, as he put in a pbook order on my website. “I ordered the ebook 2 days ago,” he wrote, “and am really enjoying it.. [and]… I decided I really needed a physical copy for my shelf.”

This is by no means a rare occurrence. Many readers love both formats as do most writers. Just like DVDs were not the death of cinema, e-books are growing readership overall. Another good news story that goes largely ignored.

So can we please quit the phoney print-pixel wars and start telling the truth about what's really happening in our marketplace?

We've said it before and we'll on keep saying it until self-publishing is fully integrated into publishing ecosystems everywhere: it's time to open up to indie authors