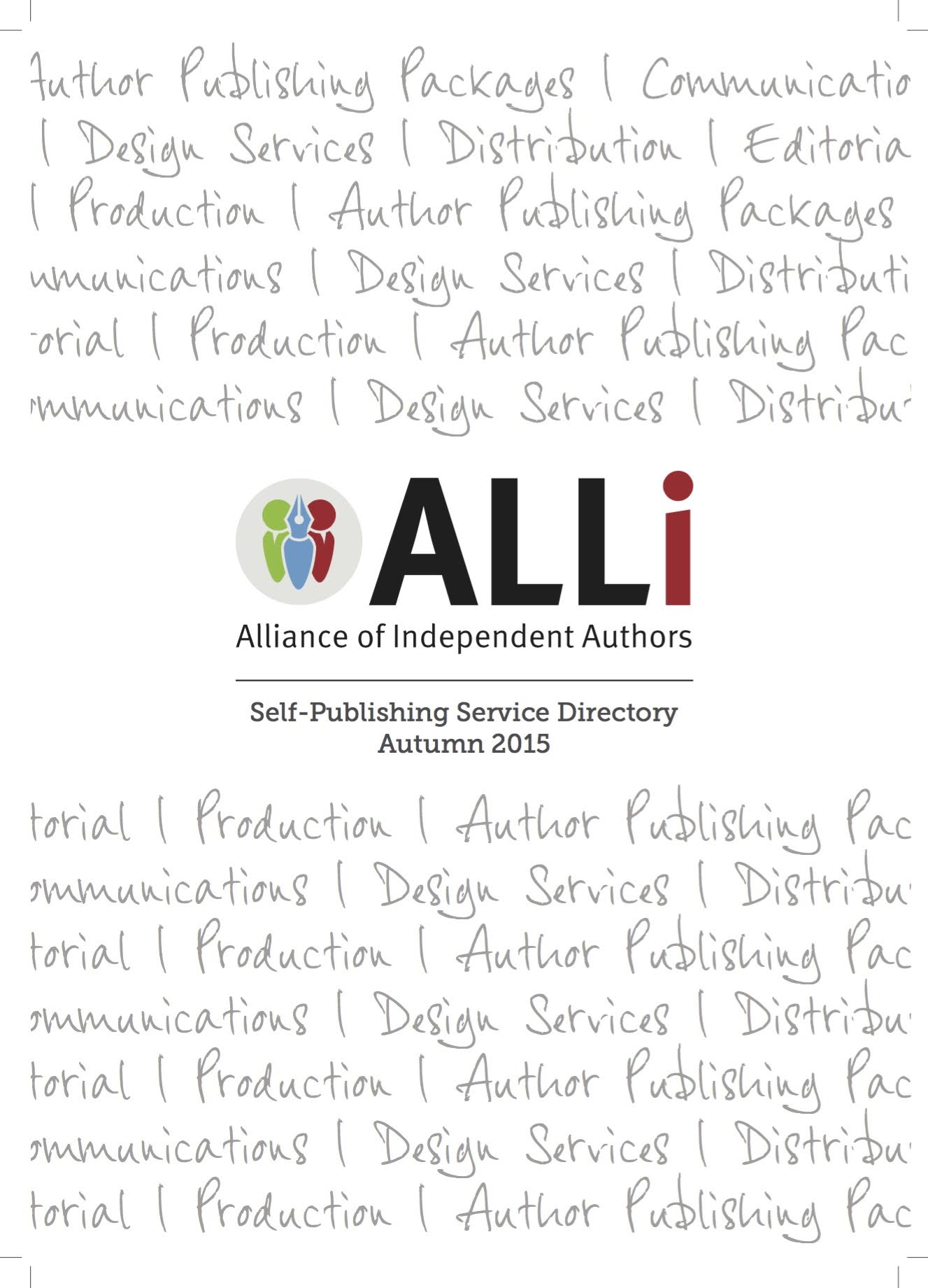 All publishing eyes are on the Frankfurt Book Fair just now, and ALLi is right in there at the heart of the self-publishing action.  Valerie Shanley has been catching up on all of the news with ALLi partners and friends from the world's largest book festival.

Take your ALLi Partner (Directory) at the Fair 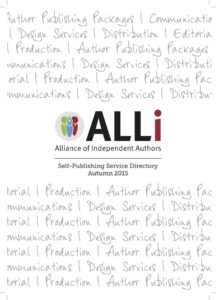 ALLi at your service

We are all thrilled with the launch tomorrow at the Frankfurt Book Fair of the latest ALLi Partner Service Directory 2015. Saturday 17th October is dedicated to a day-long International Self-publishing & Author Programme, so where better to launch and distribute our essential directory linking indie authors to the best (and thoroughly vetted) author services globally?

It's been compiled by Andrew Lowe (part of ALLi’s Watchdog team) and designed by Jane Dixon-Smith, two great indie authors who are also service providers too. Whether  you’re a brand new indie bewildered by choice of services, or a seasoned author seeking new ways to market your work, this is the directory to have within reach on your (digital) book shelf.

Lucky indies at the Fair will also have the chance to catch our own ALLi Director, Orna Ross, (a veritable directory in her own right), as one of the guest speakers at tomorrow’s event. There she'll be talking about how authors sell publishing rights.

Feedback is most welcome here on the blog, or in person if you bump into Orna in Frankfurt. 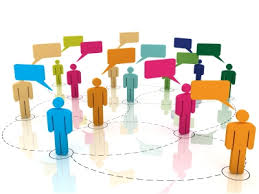 Keen-eyed authors and publishers at the Frankfurt Book Fair may have noticed editors from AmazonCrossing accepting submissions for literary translation. As the translation imprint of Amazon Publishing, their presence coincided with the announcement this week of a $10m investment over the next five years  to boost the number, and diversity, of books represented by AmazonCrossing.  A new website is open for authors, agents and publishers to suggest titles across most fiction genres for translation.

“We launched AmazonCrossing five years ago to introduce readers to voices of the world through English-language translations of foreign-language books,” said Sarah Jane Gunter, publisher of AmazonCrossing and general manager of international publishing.

“Our new website for submissions will help us cast a broader net in finding great books for translation, with the hope of increasing the number of acquisitions from countries that are traditionally under-represented in translation.” For the moment, that reads as submissions from traditionally-published authors writing in languages other than English – but as with Amazon, and the equally evolving publishing world, that may soon read another way. 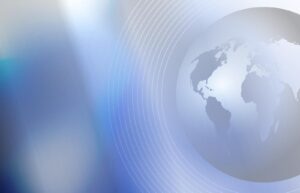 Everywhere is where it's at for authors

What’s the best way to stand out in that global publishing industry expanding so rapidly that your work  might get buried under those billions of books? Jim Bryant, CEO of ebook distributor Trajectory, Inc., focused on the subject of book discovery tools at The Markets Global Publishing Summit at the Frankfurt Book Fair and also in his feature in Publishing Perspectives. (Bryant is one of the speakers in tomorrow’s day-long International Self-publishing & Author Programme and also shared the stage with Orna Ross at The First Word Day, at the NINC Conference in Florida last month.)

In a decentralized marketplace, there is no longer a single point of distribution for books, says Bryant,  and with new points of distribution opening up around the world every month, it’s all about being discoverable in those increasingly vast digital storefronts and libraries. Although it’s easier now for for authors to get connected with potential readers through subscription services and pay-what-you-want promotions, he says, it’s getting their attention that is key:  “It’s necessary to be available everywhere to be discovered.” And how do you perform that magical trick? They've got a language processing tool that they believe will revolutionise discoverability. Over to Bryant in this report.

Also at the self-publishing event in Frankfurt is PublishDrive, a new Hungarian distributor, with an impressive list of the large online book retailers, the Spanish subscription service 24Symbols and also less well known names like Tookbook, Casa De Libro, RedShelf, eSentral in SE Asia, and India’s Rockstand, as well as access to the OverDrive libraries and the Ciando libraries too. “Going global just got a whole lot easier,” said indie author Mark Williams but there are some questions about opt-outs and other issues that Orna will be asking and bringing back the answers on. 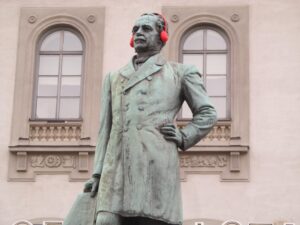 Were you listening carefully when The Bookseller spoke up on the rise of audio books? That was back in July when the magazine quoted Pandora White, audio publisher at Orion, that audio was the “fastest-growing genre in publishing”. Their latest Digital Census (with results from over 800 respondents) reinforces this statement, showing that in 2014 audio was ranked as the 9th fastest growing area, but this year has moved up to second place.

The survey reflects reader adjustment to accessing content across a growing range of devices, with  listeners moving from purchasing CDs to downloads accounting for the growth in the audio download market, according to White. “There has been a complete revolution when it comes to audio, with younger people listening to audiobooks for the first time, purely because of the gadgets and smartphones we all have.”

How does your book sound? 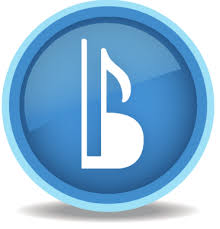 Here's another news story authors may like the sound of: Booktrack, the technology company which synchronises movie-style soundtracks and ambient sounds with ebooks,  has announced content partnerships with Sourcebooks, RosettaBooks, the Nelson Literary Agency, Orca Book Publishers and Mighty Media Press.  These deals were clinched just in time for Frankfurt Book Fair.

Booktrack's CEO Paul Cameron will be speaking on the panel for the intriguingly-named ‘Hug the Alien’ session today (Oct 16) at Frankfurt's Business Club; tomorrow (Oct 17) the Vice President of Publishing Cameron Drew will be participating on the International Self-Publishing and Author Programme event.

“We believe the future of reading will involve people reading on Kindle and mobile devices with a contextual and synchronized soundtrack played in harmony with the story,” says Cameron. “We don’t interrupt the reading process, but rather enhance the experience while keeping users engaged.  Booktrack is uniquely positioned to help publishers and authors reinvigorate sales of backlist titles by reissuing them in a new compelling way with a soundtrack.” Read the full PR Newswire report here.