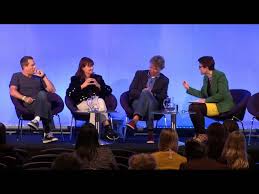 Here at The Alliance of Independent Authors, we’re trying to get an answer to that question.

At the Digital Minds Conference at London Book Fair recently, Jon Fine said that self-published titles now account for the top 30% of books on Amazon.

Assuming those authors have self-published directly onto Amazon, and even if they are charging low prices for their books, chances are they are taking home more money than the trade-published writers sharing their top billing.

The same is true all the way down the lists, as self-publishing services pay higher percentages, in many cases far far higher, than trade publishing. And also pay out more often,

Quick aside: Authors always pay to be published. Amazon, Apple, Ingram, Kobo, Nook, and Smashwords — self-publishing's Big Six — are not “free”  as you hear some people say. They are services that take their payment at  the point of sale rather than upfront. And, trade publishers don’t “pay authors”, as some people claim but — just like self-publishing services — give writers a percentage of earned income from a book and (sometimes) an advance on those earnings, alongside paying for some of the services like editorial, design and marketing.

Since February 2014, bestselling indie author Hugh Howey and an unnamed co-author have been aggregating “mountains” of information from Amazon's online bestseller lists, bringing together data on thousands of books and publishing the data online, alongside a petition, and Hugh’s analysis of what it all means.

Some Facts from Hugh and colleague's first report (genre fiction, mystery/thriller; SF/Fantasy; Romance): 53% of bestseller lists were either self-published or from a single-author publisher, accounting for 43% of daily unit sales, compared to 34% of titles from one of trade publishing's Big Five (Hachette, Harper Collins, Holtzbrinck/Macmillan, Penguin/Random House and Simon & Schuster.

“Indie and small-press books account for [nearly] half of the ebook sales in the most popular and bestselling genres on Amazon,” with the big five taking just 32%, even though DIY authors make only 24% of daily gross Amazon sales and Big Five, 52%.

This is because trade publishers are not passing on the income to authors, Hugh argues, and he makes a plea to trade publishing to cut back its expenditure in other areas and redirect it towards writers and readers.

Trade publishers “need to start treating the reader and the writer better, or they aren't going to survive,” he says. “They concentrate too much on their own tastes in books, in the needs of bookstores, in their relationships with the media, and not enough on the content creators and consumers.”

Anecdotal experience of many of our members who were previously trade published chimes with these findings, from my own experience to a recent post in an ALLi forum by historical romance writer Fenella Miller, urging a young writer not to hastily accept a deal: “I would not go with a trad publisher again as I make far more from my indie-books – both back list and new – than I did,” said Fenella, admitting “However I might be tempted to snatch at any deal if I'd not been published traditionally.”

Linda Gillard has similarly framed her “heart-warming story” as “mid-list author dumped by publisher finds success and a salary in the welcoming arms of Amazon’s KDP.”

We'd like to collect lots more qualitative data (i.e. your own stories) below.

And to heartily commend the work of Hugh Howey and his colleague, as the first author-centred attempt to grapple with quantitative data.

You can read the latest report from AuthorEarnings.com over here.

In the meantime, what's your experience?  Are you happy with the money you're making from your writing? Do you think self-published authors earn more?