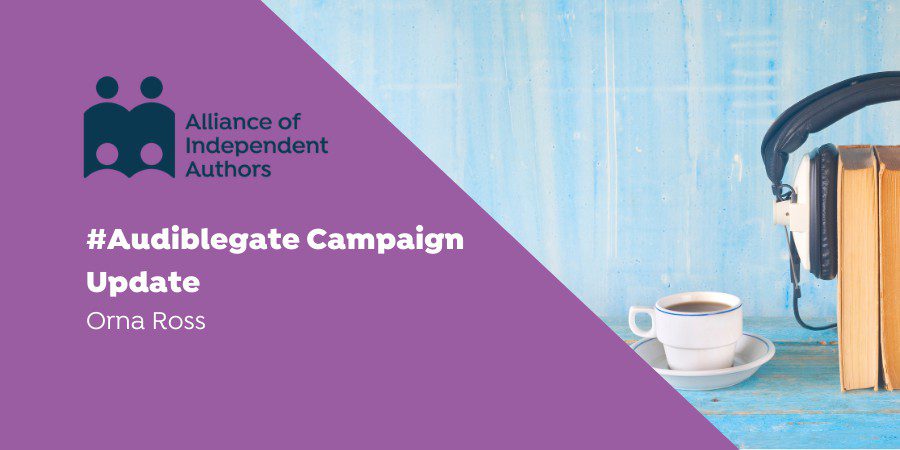 If you're a regular reader of this blog or a member of the Alliance of Independent Authors (ALLi), you'll be aware that ALLi has been supporting the work of the author pressure group, Fair Deal for Rights Holders and Narrators in the campaign called “Audiblegate”. This post by ALLi Director Orna Ross explains how this campaign began, the latest developments—and why it is important to all authors and publishers.

Indie authors' opinions about Amazon run the gamut. At one end, you have those who ardently love the company for the creative, disruptive change it brought to publishing with two innovative self-publishing platforms: KDP (Kindle Direct Publishing, for ebooks and print) and ACX (Audio Creation Exchange, for audiobooks). At the other are those who are concerned about the company's business practices and refuse to publish on the platform at all. And in between lie authors with every shade of opinion and feeling.

On this bell curve, ALLi has always steered a middle course. While recognising that near monopolies are never good for any industry, and while steering our members away from exclusivity on business principles, we have also praised Amazon for the innovative and excellent tools they've provided to authors. KDP and ACX have allowed countless authors to produce their own books and make a profit, a living, or even a killing from self-publishing.

As part of our remit to recommend good services to authors and steer them away from bad, ALLi has always recommended both KDP and ACX. Then came Audiblegate.

Audiblegate: The Story So Far 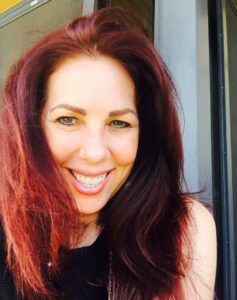 In October 2020, a reporting error on the ACX platform revealed the implications of Audible's “easy exchange and return” program, whereby audiobook listeners are encouraged to swap out a book once they've listened to it for another. The glitch seemed to show that Audible had been secretly deducting the costs of their “returns” scheme from rights holders' share of the revenue, not their own. If a book was “returned”, Audible deducted the money originally paid to the author, publisher or narrator–even though the listener had fully consumed and enjoyed the book.

The glitch also revealed how lack of transparency and opaque accounting practices made it all but impossible for an individual author to get a picture of how Audible / ACX calculated their income.

On realising the potential extent of rights holder losses, an Australian indie author, Susan May, founded a Facebook group Fair Deal for Rights Holders and Narrators. The group connected audiobook authors and narrators together, and began to gather information and evidence about the various anomalies they were witnessing.

In sharing the replies they were receiving from Audible, a disturbing pattern quickly emerged, both in accounting practices and communications with rights holders. A smaller group of dedicated volunteers, bringing various skills that fit just right for the campaign needs, began to dig deeper, and to reach out to the wider author community, narrators and producers, and outside interested parties.

May dubbed the campaign #Audiblegate and author Colleen Cross joined her in putting her own writing and publishing and personal commitments on hold, so they could both dedicate themselves full time to uncovering wrongs committed, and putting them right.

Around this time, the group came to ALLi's attention . Disturbed by the evidence the group had amassed, we changed ACX's rating from “Recommended” to “Pending” while our watchdog desk surveyed the information and carried out further research. On investigation, ACX's grading was further downgraded to “Caution” and ALLi signed up to support the work of these dedicated authors and narrators in their campaign to win a fair deal from Audible. (See Watchdog John Doppler's explanatory blog post here). 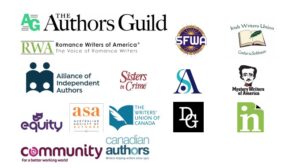 Since the #Audiblegate campaign began in October 2020, it has grown to 2,000+ authors and narrators worldwide, communicating regularly on Facebook. A letter to Audible hosted by the Authors Guild and supported by ALLi and a number of writers' organizations globally, gained 13,000+ signatories. And authors have inundated ACX with their issues and questions.

Yet Audible / ACX continues to ignore the reasonable requests of the authors for full transparency and fair compensation for wrongdoing.

Late last year, the company issued two blog posts in which they tacitly admitted to secretly deducting monies from authors and made some small concessions. By:

As of today, we await the changes to the ACX dashboard that will allow authors to evaluate the full implications of these changes. The returns are not yet visible to authors, the ability to opt out of exclusivity with ACX remains highly restricted, compared to Amazon's sister company KDP, and—most importantly–authors, publishers and narrators should be liable only for true returns, where the listener consumes less than 25% of the audiobook, and not for any portion of the cost of Audible's marketing scheme.

Other promises of improving staff training and making the system less easily abused have not yet eventuated either.

In any case, authors must reject these “concessions” as not good enough, as they set the returns mechanism in place as de facto, with authors, publishers and narrators having to accept that they should be liable to subsidize Audible's quasi-library scheme, when they should not. Not for seven days. Not for one day. Not for one minute.

The group has also uncovered other concerns. It appears Audible may be misleading authors in their contract terms when quoting payment percentages of 40% (to rights holders exclusive to Audible) and 25% (to those who are non-exclusive). These percentages are already the lowest in the self-publishing sector and ALLi objected to them when introduced back in 2014 (reduced to those rates from a previous 50% to 90% percent, depending on the number of units sold).

Colleen Cross has done some deep analysis which indicates that most authors today are likely paid 21% and 13% on retail price, respectively, rather than the 40% and 25% stated in the contract. 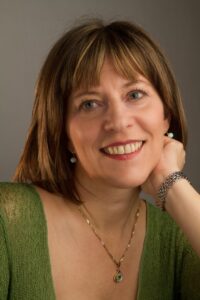 Further, it seems that Audible is not even using the payment formula outlined in its contract when listeners use their subscription program's monthly credits to purchase books. Instead, they have admitted to inserting a “floor” to “protect authors from lowering of income.” But the contract authors have signed with ACX does not mention any “floor”, anywhere.

At best, this floor is a paternalistic attempt to compensate authors for the secret losses inflicted by “easy return and exchange”. At worst, and given that it is a completely secret calculation, it could facilitate fraud and embezzlement.

For your further information, please read these two considered posts on the calculations by Colleen Cross.

The #Audiblegate campaign is about to step up.

Audible's refusal to engage meaningfully in negotiations has led to the next stage: legal action. The aim is to gain attention and support from Government oversight / justice departments in the USA, UK and other countries with active self-publishing sectors. And to demonstrate the anti-trust and anti-competitive nature of Audible's behavior, along with breach of contract in payment terms.

To that end, Cross and May are setting up a non-profit rights organization, The Equitable Rights Movement (TERM), with a mandate of ensuring fairness and transparency in contracts and business practice, and the recovery of monies owed.

‘This name says everything about our stance,” says Susan May. “We simply want fair and equitable terms and payment. Our case will be judged on civil law equity and the legal maxims are almost our battle cry. “Equity will not suffer a wrong to be without remedy,” and another, “Equity delights to do justice and not by halves.” And the one I hope we will always remember when this is done, “Equity aids the vigilant, not the indolent.”

We’ve stood by too long ignoring the abuse of our rights because it was all too hard and we as individuals seemed so helpless against the might of a huge, monopolistic company. Together, united, though, we are powerful.’

Many online blogs, podcasts, and mainstream press are developing an interest in the campaign. Already articles have appeared in UK The Guardian, industry press, including The Bookseller, Jane Friedman's The Hotsheet, and Publishing Perspectives. More features are upcoming in Bloomberg, Financial Times, and other outlets around the world. 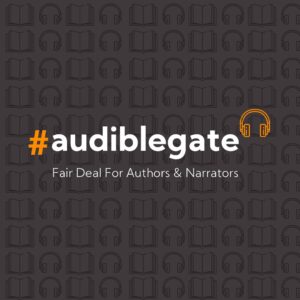 ACX/Audible contracts prevent authors from forming a class action, so TERM has engaged legal counsel and is currently working on a multi-prong attack.

ALLi is currently paging other author, publisher, narrator, and reader organizations to join in this campaign and support these brave and dedicated authors.

Audiblegate: Why it Matters to all Authors

You might think this has nothing to do with you if you don't publish audiobooks but at ALLi we see this campaign as hugely important for all authors, a key corner of our Self-Publishing 3.0 campaign which encourages authors to adopt a creative business mindset, to eschew exclusivity, and to become conscious of the value of their intellectual property.

As I said at the beginning of this post, indie authors are rightly grateful to Amazon. Over the years, ALLi has worked with Amazon KDP (Amazon's ebook and now print book self-publishing platform) and–until anti-author changes at the platform in 2014–also with ACX. I, and the editor of this blog, Sacha Black, have been judges of the Amazon Storyteller award. Amazon KDP UK has sponsored a number of ALLi programs and events, including the ALLi members' party at the London Book Fair each year. We remain grateful to Amazon for that support of our non-profit organization, and even more grateful for the opportunities Amazon's tools have afforded to authors.

But what TERM is revealing about Audible raises critical issues—for ALLi, and anyone who cares about publishing—regarding Amazon's business relationships with indie authors.

ACX / Audible admits it secretly deducted monies from rights holders' accounts, yet refuses to say how much, or make any compensation. Authors who have asked questions have had their accounts closed under accusations of fraud, without evidence. Customer service personnel have responded to reasonable questions in ways that will be familiar to some KDP authors also: non-committal replies, passing queries from one customer representative to another without progress or resolution, and shutting down conversations, without any leave to appeal.

That is why this campaign matters to others, beyond audiobook authors. An individual author bound in an exclusive relationship with a publisher or a big-tech service is helpless—but a sizeable group of indie authors and other rights holders, bound by the rightfulness of a fair cause, is a force. A force that need have no fear speaking out. A force that can force change.

As we collaborate to right what seems to be a clear injustice, we move away from the sense of vulnerability instilled in authors by decades of poor publishing contracts, exploitation by vanity presses, and big-tech insouciance. We begin to see how the world has changed, now that we can communicate with each other, and bring what seem like private, individual issues into public, communal scrutiny.

We begin to recognize our collective power, which is considerable.

So this is an historic moment in publishing, with self-publishing authors, traditionally published and independent publishers, narrators and other rights holders, and author and publishing organizations, joining together as a unified force to right a wrong, and see a fair deal for authors and all rights holders, going forward.

An empowered community will have brought about fair terms and fair treatment for the majority of authors, for the first time in publishing history.

That's why this is an author independence and empowerment issue that goes way beyond audiobook authors on the ACX platform–and is so important for publishers in all formats, everywhere.

We urge you to get involved in this important campaign and be part of this significant change.

Audiblegate Campaign: What you can do