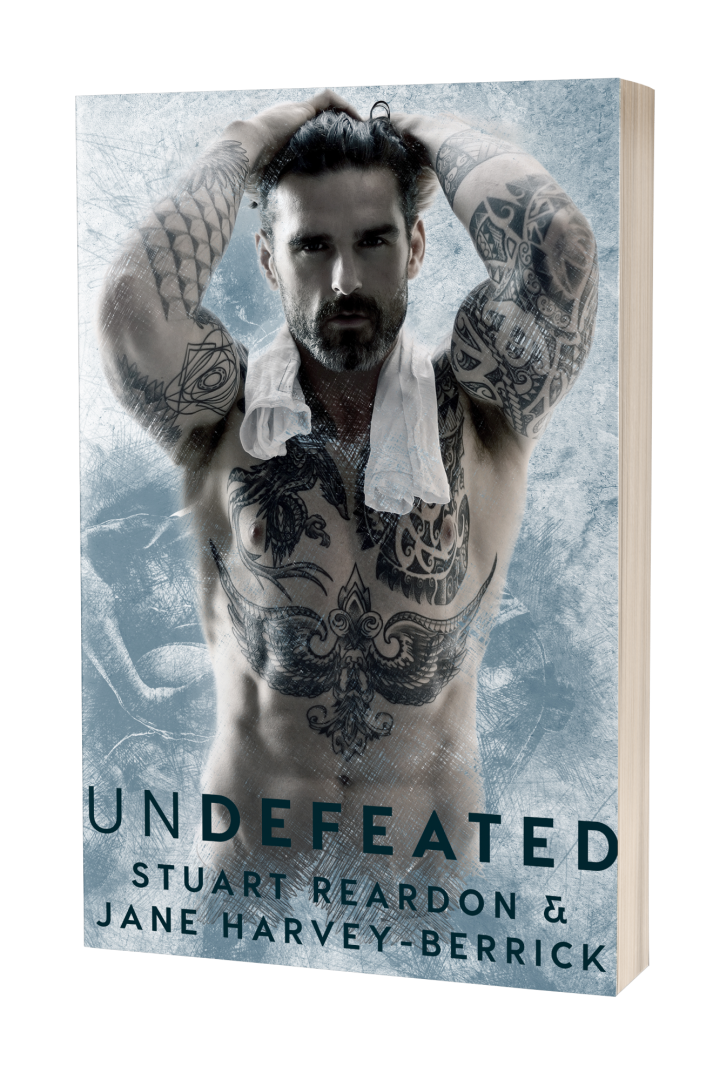 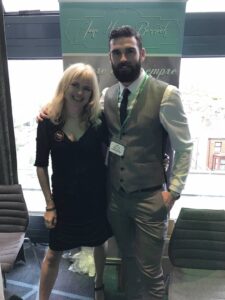 In our occasional series on different kinds of author collaboration, novelist Jane Harvey-Berrick describes how teaming up with rugby player Stuart Reardon inspired and informed her kick-ass romance novel Undefeated.

It started with a kiss…

Okay, not really. The true story is much more interesting…

This photo was taken just over a year ago at a romance reader event in Dublin. It was my first time in the Emerald Isle,but it wasn’t the first time I’d met international rugby league player and cover model Stuart Reardon. We’d met at a couple of other signings, and I found him to be a lovely, down-to-earth guy and easy to talk to.

But if you saw other photographs from Dublin with all the readers wanting to hug Stu (well, you would, wouldn’t you?), you’d notice that in the majority of the pictures he has his left hand in his pocket. That’s not a coincidence: he was recovering from surgery on a serious injury, sustained while playing rugby. The technical jargon is a torn rotator cuff. Lots of rugby/football/baseball players get this injury, apparently. 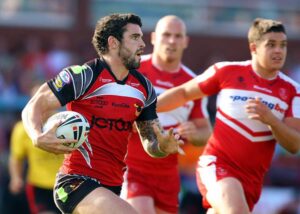 Stuart Reardon in action on the rugby field

For Stu, a man who’d played for his country fourteen times, a man who’d made rugby his life, it was a career-ending injury.

I started thinking then, what must it be like to have to give up the career you love so suddenly?

And I started thinking about a book…

I contacted Stu, and he was interested, but unsure of his writing skills. I’d worked with two soldiers before, helping them bring their stories to print, so that aspect didn’t bother me.

“Well, you can tell stories, so you can write. What’s the biggest crowd you ever played?”

“Okay, well, write about that. Tell me what it felt like to walk out in front of that many people. What could you hear? What could you see? What was going through your mind?”

And then I waited … and this is the scene as it appears in our book. It’s written in the third person, but the words and emotions are Stu’s. That’s when I knew that we could write something amazing together. 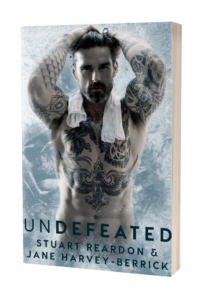 The finished product of their collaboration

“He sucked in a breath and walked out in front of 80,000 people, a mix of emotions pummelling him: fear, excitement and honour, butterflies in his stomach. The roar of the crowd hit him like a blast of super-heated air, and the hairs on the back of his neck stood up at the wall of sound. It was so loud, the music and fans chanting, with fireworks blasting off as the teams stepped onto the field. It was breath-taking, surreal, beyond anything he’d ever experienced.

The bright swathe of green stretched in front of him, a perfect set of stripes pointing toward the H-shaped goal posts.

There wasn’t a single empty seat, and the noise rose upwards on and on, a wave of cheers, the enthusiastic, excited roar of the crowd.

The England fans were singing, their voices rising in a crescendo. Nick closed his eyes as the emotion hit him in the centre of his chest.

He felt a quiet pride, thinking of the many years it had taken to reach this point, to build his body, his fitness, his skills and his unbreakable spirit.

To be here, representing his country on the biggest stage of his career. He knew that Anna and his family were watching and proud of him, they knew his struggles through different jobs, the hours he’d put in.

He wanted to succeed for them as much as for himself. To prove that he was and would always be, undefeated.”

How We Worked Together 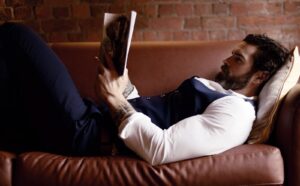 We worked together in a variety of ways:

I have some hilarious voicemails from Stu where he acted out the scenes, imagining a live commentary of some of the rugby matches that appear in the book.

Much of the story was based on Stu’s life and career, so in some ways it was a cathartic experience for him.

“We thrashed out a lot of ideas and we worked really well together,” says Stu. “It was the first time I’d talked about my past like that, as a story, with all the twists and turns. It’s not an autobiography, but a lot of the scenarios that happened to Nick are very close to life. Writing is addictive, and now I have other stories that I want to tell!”

We’ve since sold the foreign rights in Brazil and are going to Rio in June to launch the Portuguese-language translation. We’ve also had offers from France, Germany and Italy, and we’re planning a sequel for later this year.

The game definitely isn’t over yet! 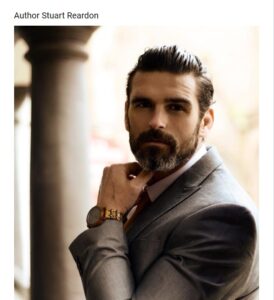 Stuart Reardon is a retired England International Rugby League player whose career spanned 16 years as a professional with a number of top League clubs. He has had several major injuries that nearly ended his career just as in Undefeated, the novel written in collaboration with Jane Harvey-Berrick. Currently he is a personal trainer living in Cheshire, UK, and he has an online fitness program: Fear Nothing Fitness. For more information, visit his website: www.stuartreardon.co.uk

How to Write in Collaboration with Your Life Partner: A Case Study of Husband and Wife Team Alex Knudsen & Charlotte Zang

Jane Harvey-Berrick has been an independent author for six years, writing over twenty bestselling romances. Before that, she was a self-employed writer and journalist. For more about Jane, please visit her website: www.janeharveyberrick.com