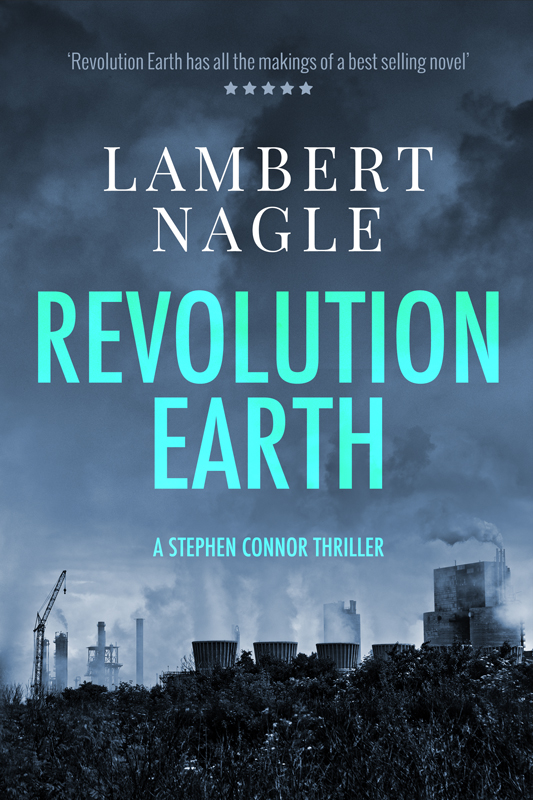 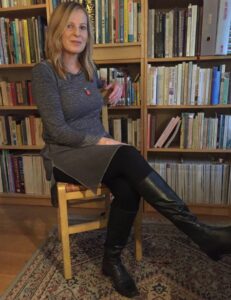 Alison Ripley-Cubitt – one half of thriller writer Lambert Nagle

More and more indie authors are experimenting with collaborative writing projects with other authors for marketing reasons, on the basis that joint projects will help raise each writer's profile before the other's established audience. But such ventures can also lead to exciting new developments in both partners' creative output.

Husband and wife team Alison Ripley Cubitt and Sean Cubitt, whose previous work lay in separate spheres, explain how their collaboration took them both down a new path to thriller writing, with the joint pen-name of Lambert Nagle.

Over to Alison to explain how the process works, and to share some top tips for other authors considering similar shared projects.

When Sean first came up with the notion that we co-write a thriller, I was skeptical. His world was higher education and mine, film and television. How would we make that work, I wondered?

We had to travel by motorway back then, and on road trips, we would pass a vast oil refinery. By day it was a post-apocalyptic smoke stack: by night it transformed into a twinkling wonderland. What better place to set a thriller?

It Began as a Screenplay…

We thought only as far as a screenplay. We brainstormed the characters and developed their story and wrote that up as a one-page outline. We worked and re-worked that until we had a written pitch.

And because this was a screenplay, we had to do the same with the one-sentence summary, or logline, which has to convey your characters and their wants but without giving away the plot.

The project was mothballed while we relocated to the other side of the world.  It was only revived when I went to a festival to represent a short film I’d written. The enticement was that the finalists got the chance to pitch to agents and producers.

…and Evolved into a Novel 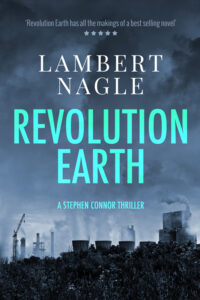 The screenplay that turned into a thriller novel

Still jet-lagged, I found myself sitting around the David-Hockney-designed swimming pool at the Hollywood Roosevelt hotel, in a scene straight out of Robert Altman’s The Player. A dozen of us hopefuls played a game of musical sun-loungers with a succession of bored industry people, hiding behind their designer sunglasses. By pitch number nine, I’d finally got it right.

This last executive, who was himself a Hollywood outsider, was different: I could tell by his body language he had listened. He leaned forward and said, “write it as a novel first. Then you have two chances to sell it.”

I had written short stories and non-fiction and had two short films made, but neither of us had written a novel.

I thought by then that this could work. Sean could write the descriptive bits, and I would keep him focused on the story.

A screenplay is like an architect’s drawing: it requires the input of dozens of creatives and technicians to turn it into a finished product. But a novel has to be delivered as complete.

To make that happen, we had to come up with a writing style that had a consistent voice.

Advice on an early draft from an agent was that co-authors should not try to write a literary thriller and that we should be aiming for a style halfway between Dan Brown and John le Carré.

To make it happen, we had to be prepared to leave any ego at the door and give up the notion of single authorship.

We made the mistake of starting to write the first few chapters without any sense of direction, and the story stalled. We returned to the one-page outline and fleshed that out into a step outline of four to five pages.

Now, we will only begin writing a novel or a screenplay when we know we have a beginning, a middle and an end of both the main plot, (the ‘A’ story) and the main sub-plot (the ‘B’ story). We will have also worked out precisely whose story it is, and how we’re telling it.

Our best thinking happens away from the computer. Both of us enjoy walking, and whether it is in the bridleways of Hampshire or the back alleys of Rome, we problem solve, share ideas, and develop new events, dialogue or story arcs.

Critiquing each other is integral to the collaboration, and although we disagree, we know we share the same goals of making the best work we can and getting the job completed.

Advantages and Disadvantages of Collaboration

I thought we would get so much more written by collaborating than we would solo, but the opposite has turned out to be true. One of the upsides is that it’s hard to get writers' block when you work as a team. And there is always someone there to share the joys as well as the frustrations of a writing life, whether that is feeling pleased about a great review, or having a laugh at the put-downs by the occasional hard-to-please commentator.

JOIN THE CONVERSATION! Could Lambert Nagle's approach work for you? Is being married to your collaborator a hindrance or a help? Do you have other tips to add to Alison's counsel?

#Authors - have you ever thought of collaborating with another #writer? Read @LambertNagle's case study for top tips on the pros and cons. #ww #selfpub Click To Tweet

OTHER INTERESTING POSTS ABOUT COLLABORATION

Alison Ripley Cubitt is an author, novelist, screenwriter and producer who co-writes thrillers (with Sean Cubitt) as Lambert Nagle. She has worked in television and film production for leading broadcasters and entertainment companies. She is currently developing the prequel to the novel Revolution Earth through her jointly run film company, Rocky Bay Productions Ltd. Find out more about Alison on her website www.lambertnagle.com. You can find her on Twitter @lambertnagle.