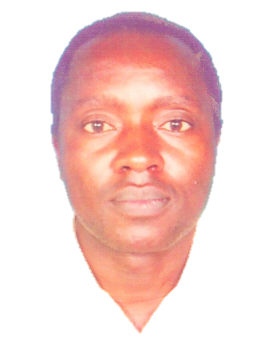 Odiedo Stephen writes about a highly sensitive issue in Kenya: the fate of albinos

Kenyan award-winning poet, playwright, novelist and essayist Odiedo Stephen explains why he chose the unusual topic of albinism in Kenya for his new novel Afraha – the latest post in our occasional series about unusual themes that indie authors choose for their books.

Afraha's fate as a child with albinism mirrors, for me, the life of the individual in Kenya.

For the child living with albinism, Kenya can be a place of sanctuary; it can also be hell on earth.

Afraha is a child who took at face value these ideals which her country holds up to the world as the measure of its true self.

If there is one thing that defines her country, it is pride in its image as an enlightened bastion of individual rights – the flame of Uhuru, the flame of liberty. 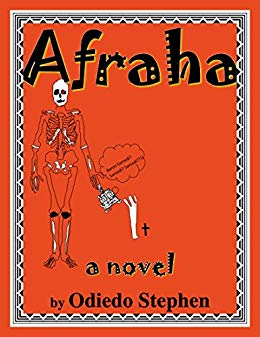 Afraha is a child who was told that her country is the best of all possible worlds. Like all children in her country, Afraha was told to believe the words and out of gratitude and joy to sing the praises of her country. For Afraha's country is the only country in which the flame of Uhuru (liberty) burns fervently in the heart of every son and daughter of the republic.

The flame of liberty burning in the heart of her country makes it is a shining light on a dark continent shrouded in the eternal night of ancient superstition.

As a child Afraha believed her country – until the day she found that it was either her twin sister’s life or her own. Afraha discovered that terrible place, that lurking silence where the ghosts are sent for the sake of the living.

The novel AFRAHA speaks the silence, the damnation which is life for the child with albinism. There is a harrowing silence about what happens to Afraha after she is elected to live out the life, not of a child, but of the life and the death of a child with albinism for the sake of the living.

Afraha's country speaks the language of rights and self-actualization, but for the individual child caught in the mesh of ancestral fear which rules her life, those rights are a false mirage.

It is not possible to bring back those children like Afraha who discovered the horror at the heart of her nation – but it is my hope that her voice may speak and that she may be heard.

Why I Wrote Afraha

I wrote Afraha because in that way the erasure, the damnatio memoriae which surrounds Afraha's fate may be destroyed so that the novel may be Afraha’s voice, Afraha's monument.

I hope that through the novel Afraha may live on and speak to the living of her aspirations which were thwarted and cut short by her horrific end.

For there is a way in which Afraha's fate is indeed the fate of many children that her society has destroyed. Afraha discovered the ancient superstitions which lurk just beneath the surface of her country and which erupted savagely against its own. Afraha's country is a savage country at heart – yet it is a country which cloaks itself in the ideals of liberty and constitutional law.

For those, like Afraha, whom the flame of Uhuru/liberty has cast out into the outer darkness, there is no protection. There are those for whom her country is a shield and defender – then there are the others like Afraha for whom there is only the silence.

Speaking Out for the Silent Ones

It is the fear of that silence and the desire to give her a voice which drove me to write Afraha.

I hope that the novel will give her that voice so that her death is not in vain. So the novel  is written against the grain: her country wishes that we all move on, that what is past is forgotten, that to speak of the harrowing fate of a child like Afraha is to tarnish the name of the country. That in speaking Afraha tarnishes the name of her country. That it is unpatriotic for one like Afraha to speak – that that is treason.

The child with albinism is a terrible silence, a fear that dares not speak. That silence; that fear is Afraha.

The challenges of #writing about a sensitive issue in #Kenya: Odiedo Stephen describes why he wrote a novel Afraha highlighting the ordeals facing Kenyans with #albinism. #ww Click To Tweet

A a poet, playwright, essayist and novelist my writing dramatizes the life of the individual confronting the fearsome might of the almighty African state in 3rd Millennium Africa. I dramatize the fearsome contradictions violently tearing apart urban African lives caught at the crossroads of modern Africa: the drama of lives cast adrift by the death of an anchoring ancient tradition killed by the triumphant march of the fearsome modern state. www.odiedostephen.com