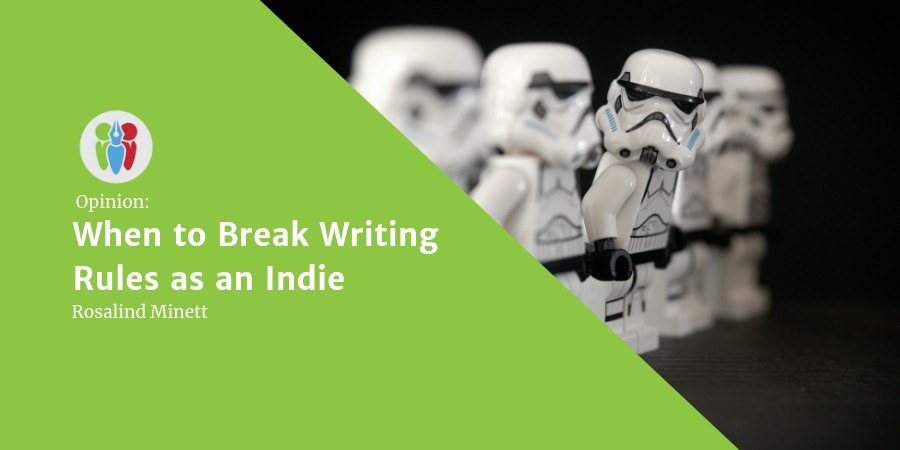 When to Break Writing Rules as an Indie

I'm sure if we all looked hard enough, we'd be able to find a bit of rebel inside us. But there's a time for rebellion and a time for sticking with writing rules. After all, some of them stop sentence errors and awkward reader emails. But one of the many luxuries of being an indie author is being able to selectively break the rules. Rosalind Minett, author member, is pulling out her inner rebel to talk about when it's okay to break writing rules as an indie. 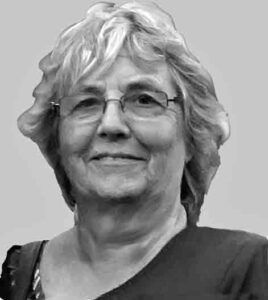 I was once expelled from school aged eight. We were lined up in the playground and each child was individually asked if s/he had booed an unpopular teacher at Prizegiving.

This did have the effect of bringing the futile and painful exercise to an end. Although it was later established that I hadn’t even been present at prize-giving. And so, my teachers naturally regarded me with suspicion for the rest of my time at the school.

English included intensive cliché learning. It was thought academically brilliant to be able to respond rapidly to: “As bright as a …” “As fat as …” “As black as a …”

The ONLY acceptable answers to which were button, butter, and a sweep respectively. Having faithfully learned dozens of these clichés, I noticed that not all buttons were bright, including those on the baggy cardigan said English teacher wore. That made me suspicious, and further, sweeps were very few, and grubby rather than black. Butter, health advice suggested, is not the worst of fats (so it can’t be the fattest, can it?)

Decades later, when I read rules about writing in general or advice about what not to do when writing a novel, or what must be done, I tried to obey. But over time, I gradually became suspicious. Are you noticing a theme yet?

I’ve absorbed two pieces of advice from randomly met people: Never assume and there is always a rogue element.

But don't assume I wrote a book while breaking all the rules. I don’t think I have. There must be hundreds of rules I've kept. Such as using full stops (periods) and capital letters to follow.

But there are other rules I haven’t assumed are essential.

I have wilfully produced a hero who is not heroic and implicitly invited readers to identify with him even when his actions are not admirable. Nor is he a baddie.

I rebel against characters who are too good, too lucky, or too evil to believe. I wanted to write about Mr Ordinary and have believable things happen to him that made him bizarre, if not extraordinary.

This comes from years as a psychologist not only behind a desk or lectern but visiting homes from stately to doss-house, and many in-between, discovering that the most extreme habitations house ordinary people and the most conventional of families may hold really strange beliefs or engage in wacky practices. (“We disinfect the microwave before bed every night.”)

My current tale opens upon a married man waking up to driving rain and regretting he hadn’t got round to clearing his gutters. I admit it’s not long before his moan about being too ordinary is disproved, and not without drama.

The second rule in Elmore Leonard’s “Ten Rules of Writing” is to avoid Prologues. And many publishers, editors, and agents warn against them.

Mine’s called a Prelude, and in good musical fashion, is followed (eventually) by an Interludeand at the end (dutifully) by a Coda. (This isn’t from sheer bloody-mindedness but because it’s a device that serves three purposes: for an ending that isn’t predictable; to provide a kind of distant observer so that my MC can be seen both close and far; and for something a touch uplifting to counteract my normal dark edge.)

Even more rebelliously, there is a character who admits he doesn’t even figure in the tale to come and has the cheek to appear up front in my Prelude. He proves his worth…ultimately.

Relish Your Freedom and Break Writing Rules at Will

What does this all amount to? When you are not writing to an enforced prescription (as I had to for thirty years with psychological reports or examiner’s summaries) then be the master of what you want to produce and how you want to produce it. It maybe that judges – i.e. readers – say I've failed to write convincing characters, an enthralling plot, or a surprising-twist ending.

What I won’t have done is offered readers a cliché, that is, another story rolling along age-old tracks. If you were main-stream published, you’d be unlikely to have this freedom—so, as hardened indie authors, embrace the rebellion and relish your freedom.

When do you break writing rules as an indie? @MinettRosalind Is here to say #indie authors should embrace their freedom to break the rules. #selfpublishing #IARTG #ASMRG #amwriting #writingcommunity #writetip Click To Tweet

When do you break writing rules as an indie? What broken rules are an irritant to you? Let us know in the comments.