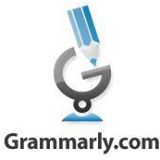 As an avid reader of self-published books, I know how galling it is to have the flow of a good story interrupted by typos and grammatical errors.  Yet as an indie author, I understand the temptation to bypass professional proofreading if you're trying to self-publish a book on a tight budget.

I was therefore interested to learn about the online service Grammarly, a souped-up spellchecker with lots of extra bells and whistles. Could it be just what indie authors need to debug their manuscripts at little or no cost? Encouraged by bold claims in Grammarly's marketing material (“the world's most accurate grammar checker”), the company's 739K  likes on Facebook and my unfailing spirit of optimism, I approached my test drive with high hopes.

Unlike most spellcheckers that come as standard with word processing and blogging packages, Grammarly differentiates between six styles of prose – general, business, academic, technical, creative  or casual (the default). For each style, it applies a different set of algorithms. It claims to check text against 250 grammatical rules, some of which flash up tantalisingly on screen during processing. (“Squinting modifiers”, anyone?)

To test its claims, I input a lot of different sample texts, some full of errors, some flawless. It did catch some of these errors, but ignored many others, or suggested corrections that were inappropriate or unnecessary. Intrigued, I input passages by two of my writing heroes. I was not surprised when it gave the beginning of an essay by George Orwell 100% approval, nor when it was bewildered by the opening of Virginia Woolf's “Mrs Dalloway”. (Unfortunately I couldn't find my copy of Joyce's “Ulysses”, with which I'd wanted to really freak it out.)

Grammarly also checks your copy on the internet for plagiarism. I cut and pasted a passage from my YoungByName blog and was gratified to be shown a link almost immediately to the original source. Less impressively, Grammarly didn't recognise the quotes I put in from Shakespeare and the Bible. In the wrong hands, this tool could inflate one's ego!

Another interesting feature is that Grammarly offers to monitor whether your writing improves over time, judging whether you've learned from your previous mistakes. When it implored me to consider it “your automated grammar coach”, I heard my old English teacher guffaw from beyond the grave.

How much does it cost?

To access Grammarly's full service costs up to $29 per month. Alternatively you can download free of charge a cut-down version, “Grammarly Lite”. (It resists the urge to change Lite to Light.) You can also buy a one-off professional proofreading service for a manuscript, which is then farmed out to a real person, presumably a professional subcontracted to Grammarly. I cannot vouch for the quality of this service as as I didn't test it.

What is its value to indie authors?

Grammarly is not pitched at professional or creative writers and authors such as ALLi members, but at students and employees who have to write reports and papers. Applied with caution, it could be a useful tool for under-confident writers seeking quality control before submitting work to their superiors.

For indie authors, Grammarly might be useful when you have become so familiar with your copy that you're virtually word-blind to it. I might consider running a manuscript through the system to eliminate silly, avoidable errors as a matter of courtesy before submitting it to my human proofreader.  But I can't imagine that any proofreading professionals are worrying about being made redundant by Grammarly.

With my high hopes dashed, I searched the internet for other people's reviews of Grammarly. Was I missing something? Finding some damning results in high places, such as this review by The Economist, I began to wonder why 739K people had liked Grammarly on Facebook. Surely they're not all endorsing it as their proofreader of choice? Further examination of Grammarly's Facebook page enlightened me. Its timeline consists largely of the sort of literary wisecrack and shareable photo that word-lovers adore – e.g. two plates of alphabet soup, one jumbled up, the other with the pasta letters arranged in alphabetical order. In fact, I discovered that in a moment of weakness, I'd even “liked” it myself. Smart marketing, Grammarly.