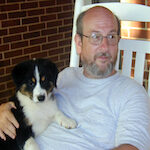 Continuing the conversation begun in ALLi's Ethical Author campaign towards the end of 2014, ALLi Watchdog Giacomo Giammaetteo draws attention to the importance of indie authors behaving ethically towards service providers.

Ethical Behavior Is Not An Option

I’ve seen a lot of talk—complaining actually—about the ethics of traditional publishers, vanity presses, and even some of the self-publishing providers. And a lot of this is true. In fact, I’m sure more than a few of you have seen some of my rants against many companies (including Amazon) for the way they treat indie authors. But I’m not here to talk about them.

Today, I want to talk about… 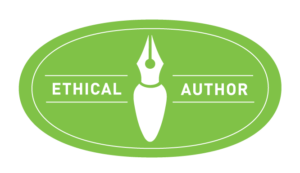 In my job as watchdog for ALLi, I am charged with looking into providers of self-publishing services and making sure they have the authors’ interests at heart. Of course they have to make a profit, but we strive for a win/win relationship. And despite what many people think, that kind of relationship is attainable.

ALLi recognizes the best of these companies when we can—companies like Smashwords, Draft2Digital, IngramSpark, CreateSpace, and many more.

Companies who partner with ALLi must adhere to a code of ethics, and the many watchdogs at ALLi help to ensure that providers who take advantage of authors don’t slip through the cracks. It’s our right as consumers and authors to expect to be treated fairly.

But Ethics Is a Two-Way Street

ALLi member Jane Steen, wrote a post recently dealing with indie author ethics, covering topics like spamming in social media, and the many problems with reviews.

I’m not here to cover the ground Jane already wrote about so wonderfully. I’m here to address a different kind of ethics. Just as we should expect to be treated fairly by the service providers we use—they should also be treated the same way by us.

What do I mean? I’ll explain.

During the past few months, I have tried spending additional time in social media groups, self-publishing forums, etc., in order to get a better idea of where the most help was needed in terms of education and technical expertise re: all self-publishing services. It has been eye opening in many ways, not the least of which is the shock of how some indie authors think when it comes to dealing with our providers.

Unauthorized Use of ISBNs

On three occasions I observed discussions about ISBNs. I know this is a bone of contention for many indies, and lots of you (me included) think that ISBNs cost far too much. But the discussions centered around getting free ISBNs from places like Smashwords or Draft2Digital and then using them with other providers who charge for the ISBNs (like Bookbaby). One well-known author went so far as to suggest using CreateSpace’s free ISBNs for digital books. Not only is this in violation of Bowker’s terms of service regarding ISBN use, it is also in direct violation of CreateSpace’s terms of service.

When I pointed out that this was unethical, no one seemed to mind. I have discovered that quite a few authors seem to feel this way. They don’t mind doing the wrong thing unless they fear reprisal.

This is appalling to me. Here we have service providers giving us ISBNs, and indie authors are taking advantage of that to save a few bucks.

I will have another post dealing exclusively with ISBNs soon.

This is by far the worst of the two problems. There isn’t a group, forum, board, or get together of more than a few indies where misinformation isn’t being spread like a bad virus. And this does far more harm than stealing an ISBN. Spreading misinformation is as harmful as a lie.

Just because you heard a company has bad customer service doesn’t mean it does.

How many times have you heard someone proclaim something to be true, only to find out later that it’s not true.

When we spread bad info on a company we’re hurting their reputation.

Take a minute and imagine that people were giving your book one-star reviews, and they were doing it with bad information, citing facts that weren’t in your book.

How would you feel?

Now put yourself in the service provider’s shoes and imagine how they feel when they see things in forums, on Twitter, Facebook, G+, etc.

Who Am I Talking About?

I’m talking about a lot of companies. Smashwords has come up more often than most, but that’s probably because they’ve been around so long in the indie world. But also IngramSpark, Barnes & Noble, Apple, and many others. People often spout “facts” that aren’t facts.

During one long night of searching boards and groups, I corrected no less than 15 conversations. In two of them, they were complaining about Smashwords’ file conversion and they didn’t even know that Smashwords accepted epubs now. (It’s been almost 2 years!)

Another “expert” over at the Kindle Boards said if you publish with CreateSpace you can’t use Ingram. Yet another said Smashwords takes 1–2 weeks to get your book uploaded to Barnes & Noble or Apple. And the list goes on.

Some of the things that were said might have been true years, or even months, ago, but they aren’t now. And therein lies the problem. It would be like a person bashing you because of something they didn’t like in your first book, when you have just published your fifth.

We whine about not being treated like professionals, and then we go and do things like this. I know it’s not all of us. It’s not even close to a majority, but it’s a lot more than a few, and it doesn’t take many to make us all look bad.

What To Do About It?

Even if you think what you’re saying is true—even if it was true a year ago or six months ago—it might not be true now. So unless you make it a habit of keeping up with what has changed at the company/companies, please qualify any statements.

“IngramSpark offers discount options of 40% or 55%. You’ll have to provide your own ISBN, though, and their shipping is expensive.”

Even if you made a statement like this six months ago, you’d be wrong today. IngramSpark began offering ISBNs a few months ago, and they added a 30% option for discounts. Saying their shipping is expensive doesn’t take into account that their international shipping is far less expensive and faster. All of these things make a huge difference. So before you offer advice—even in good faith—make sure the advice you’re providing is based on current information, not something you heard or something you experienced a while ago.

By spreading misinformation you could be keeping another author from making an informed decision.