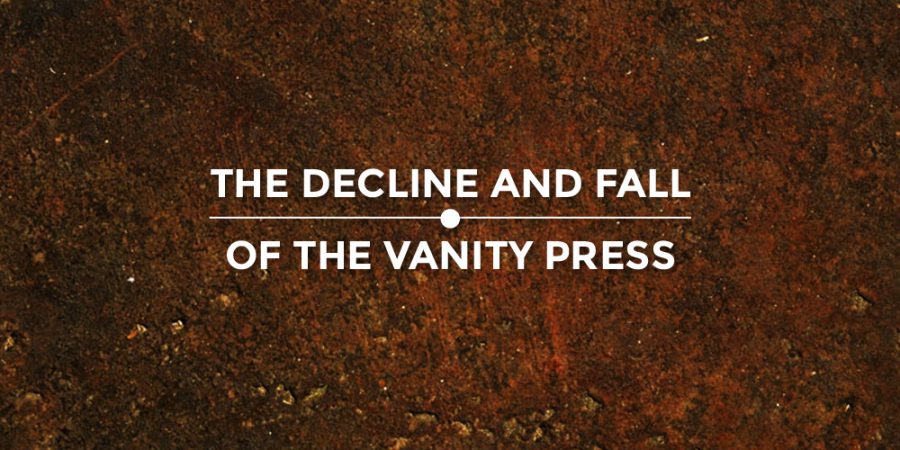 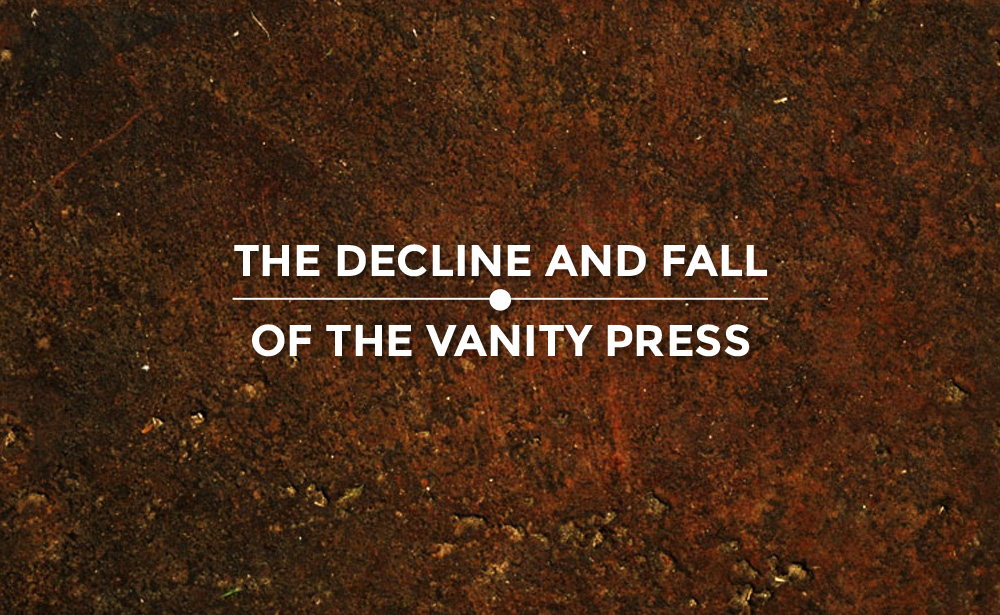 The growth of that industry (or perhaps more accurately, the spread of that cancer) was aided by publishers who eagerly partnered with the worst vanity presses. Simon & Schuster (Archway), HarperCollins (WestBow), Harlequin (DellArte), Writer's Digest (Abbott Press), and others all funneled unwary authors into the unkind hands of Author Solutions. Those hapless authors were held upside-down by ASI and shaken until the last penny dropped from their pockets.

Penguin Random House, apparently intrigued by the jingling of coin hitting the pavement, bought up ASI in 2012. It proved to be a poor decision on the part of PRH. In 2016, after four years of declining sales, they washed their hands of it by selling it to a private equity firm.

During that period, many of ASI's partnerships have crumbled. Writer's Digest has severed ties. DellArte was abruptly shuttered. Bowker, the Authors Guild, Crossbooks, The Bookseller, and more have distanced themselves from their ASI partnerships.

Author Solutions is generally regarded as the most “successful” of its kind, the apex predator of exploitive vanity presses. As such, its decline may be a bellwether for the fate of other vanity presses.

Another One Bites the Dust

“This company's never been in a better position,” CEO Ryan Tate protested in a 2012 leaked audio recording. (The recording, incidentally, is a 20-minute rant in which Tate alternately threatens his employees and promises to pray for them, is a stark look at the corporate environment behind the doors of a vanity press.) But, as of the end of January, “transition” information replaced Tate's website. The company has ceased operation. Although they are rumored to be resurfacing under a new guise, Lux Creative Concepts, it's unlikely that Tate will ever recover from this collapse.

Whether it's Tate's spectacular implosion, or ASI's gradual withering, it seems that vanity presses are falling on increasingly hard times. Will other questionable operations like Austin Macauley and Outskirts Press soon follow? And why, with the explosive growth of self-publishing, are these predatory operations failing now?

I credit the strength of the author community for that turnabout. The scams and schemes of vanity presses depend on the naievete of authors, but today's authors are better-informed about their industry than ever before. I believe that's having a direct impact on the scammers and vanity presses.

The increased awareness of predatory operators is due largely to the work of tireless watchdogs like Victoria Strauss of Writer Beware, and David Gaughran, who regularly shine a light on the industry's vermin. If you're not following David and Victoria's work, you should be; it's vital news for any author. Additionally, ALLi offers condensed ratings of self-publishing services and contests for quick appraisals of prospective companies.

Please share these watchdog resources with your community! By sharing knowledge of vanity press scams, you help to inoculate authors against them.

If you're not yet part of an author community, be aware that we are blessed with some of the most supportive, innovative, and knowledgeable communities of any industry. On Facebook in particular, there are tremendous resources available for indie authors. ALLi members have a lively Facebook group for authors that's a priceless resource for all facets of self-publishing. The Indie Author Group is one of the best-established writing groups on Facebook, with a strong panel of professional authors contributing. (Disclosure: I am a volunteer moderator for IAG.) Self-Publishing Formula 101 and the BooksGoSocial Authors' Group are excellent, spam-free forums for marketing and promotion advice.

OVER TO YOU
What else can indie authors do to spread the word about exploitive vanity presses? Let us know your ideas in the comments below.