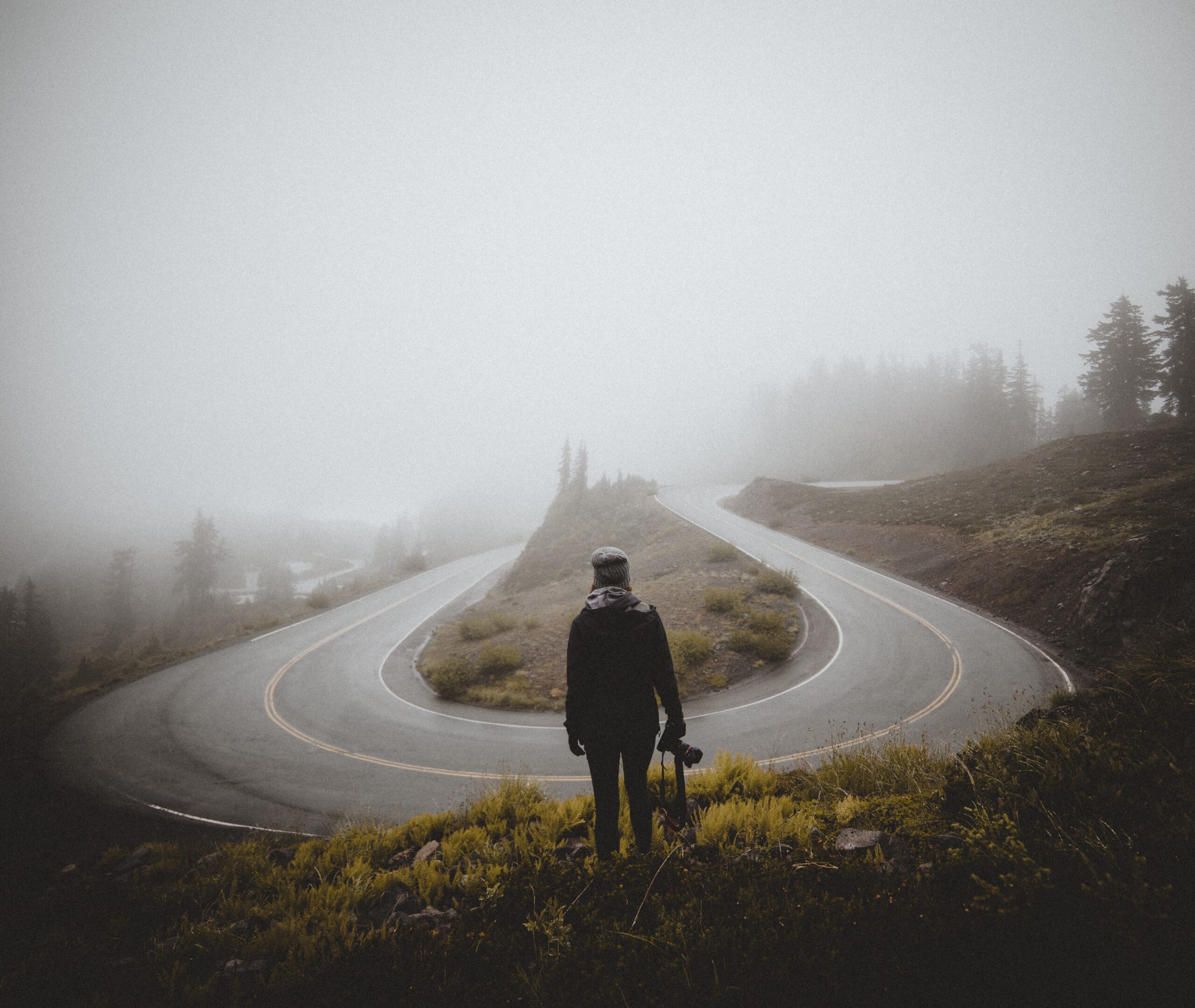 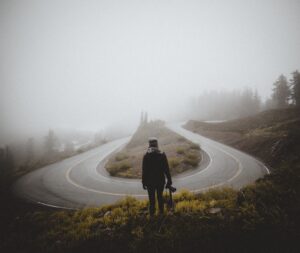 What has been your biggest turning point as an indie author? (Image by Vladislav Babienko via unsplash.com)

Is there a single turning point that has transformed your status from aspiring writer to successful indie author? Did you experience a significant sea-change in any aspect of your writing life that has made you the author you are today?

We put that question to our ALLi closed Facebook forum (which is one of 21 ALLi members-only privileges). With their permission, we're sharing some of their answers here to encourage and inspire others on the road to self-publishing success.

Pauline Baird Jones
My turning point came early in my writing adventure when I realized I could bypass NY and publish with small, digital presses. My first ebook released in 1998, long before a usable ereader. It took me a while to go indie with my print books. That came after I used ACX and for audiobooks. I realized how sad it was to get paid quarterly and determined I was going to take total control of my books back. I thought it would take me longer.

Julie Day
Mine came in 2011 when I had been reading articles in magazines about authors being successful self publishing, and reading a blog by other indie authors of the time. I had been writing my first YA short book and thought, this is the right length for an ebook for that age.

Eliza Green
Finally understanding what good writing looks like and how to reproduce it.

Raymond Cook
My turning point writing ebooks about the wild west, which I'd been doing since 2011, didn't come until 2015, when my most popular ebook had 50% of the comments liking my ebook, and 50% not liking it, focusing on the issue of grammar. By then I had 20 ebooks on Amazon and had thousands of pages to re-edit as best I could. It was a painstaking effort and lesson to learn. All I relied on was my Word Office program, that addressed typos, not grammar and punctuation. Since then, I have re-edited 7,000 pages of text. Now, I use my Word Office 2016 program, Grammarly.com, a beta reader, then, I read the book out loud slowly, make the changes, and (Then) put it on my author website and Amazon.

Thomas Shepherd
Small events for me. One would be a reviewer I didn't know from Adam loving my book so much they reread it straight away and told me it was never going to make its way off the bedside table to the bookshelf. Another would be being told by a trombonist at band whom I didn't know that well and didn't know he was a reader of my kind of books approaching me during rehearsal and telling me how great my book was.

Chris Longmuir
Most writers are plagued by self-doubt and I'm no different so my turning point was when I won the Dundee International Book Prize and the publishing contract that came with it. It provided me with the validation that I really could write and I've never looked back. Apart from the fact I'm still plagued by self-doubt every time I write a new book! However, nine books later, it seems readers like my books so that's enough for me.

Chrissie Parker
The moment I realised that one of my own books was selling itself (without my having to market it), due to setting/content and because readers were constantly recommending it. That was a shock and a surprise!

McKenzie Austin
The moment someone I didn't know at all, not a family member, or a friend, or even a friend of a friend, messaged my author page and told me they loved my book. The fact that they took time out of their day to do that made me really happy.

Karl Drinkwater
Rather than a single thing, it was more of a _time_ that acted as confirmation. Within a short space of time I sold over 1,000 e-books in a week (and got an Amazon Bestseller label), plus I got accepted as a professional writer by the Horror Writers Association. That month reaffirmed my decision to be a full-time writer/editor, and made a huge difference to my confidence and outlook as a writer.

Wendy Jones
When I was able to join the Society of Authors as a self-published member, pretty much as my first book came out. That was when my brain told me I could actually do this. I haven't looked back.

David Penny
Mine came when I realised the most important demographic of users I needed to interact with on social media was readers, not other writers.

Fenella Miller
The arrival of KOLL tipped me from doing OK to doing really well.

Kassandra Lamb
I scored a BookBub feature in late December 2014 and sales took off. They didn't stay that high forever, but have stabilized at a decent return for my investment of time and energy. I'm thrilled to be making a good supplemental income (I'm retired) doing something I love.

Commitment to the Life of an Indie Author 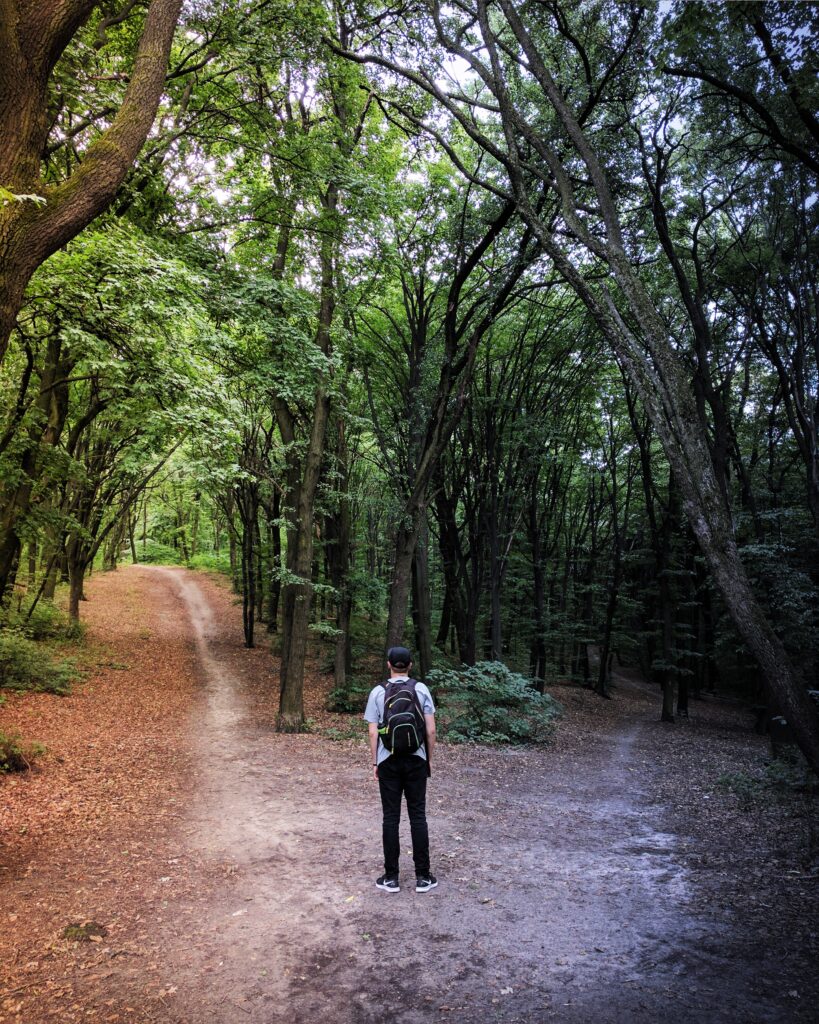 In the words of Robert Frost,”I shall be telling this with a sigh
Somewhere ages and ages hence:
Two roads diverged in a wood, and I—
I took the one less traveled by,
And that has made all the difference.” (Image by Rye Jessen via unsplash.com)

Elizabeth Ducie
After 30 years in the day job (pharmaceutical manufacturing) and several years of trying to combine this with writing creatively, I was sitting on a teleconference with a group of industry professionals from all over the world, talking about validating some equipment and I suddenly realised I no longer cared about the day job. So I gave up the day job and now write ‘full-time'.

Eliza Green
Seeing two years of sustainable income on a profitable series plummet on year three and admitting that I would sink all my savings into my business to make it work. I love this career, even with the lows. I can't go back to a job I hate just to make money.

Suzanna Linton
A big tipping point for me was when I decided to pursue writing full time. I had a very stressful job at a library (believe it or not), and one day I thought, “I could be writing. Or promoting. Or learning about marketing.” It was a big epiphany about what was really important and what did I really want to be doing. I put in my notice the following Monday.

Precipitated by a Crisis

Pauline Baird-Jones
I had self-published one book when my publisher passed away. Suddenly my gentle learning curve turned into a roller coaster that I'm still riding. o regrets. No desire to work with a publisher other than myself.

Rebecca Bradley
It’s been a difficult journey for me because I had to medically retire from a job I adored as a police officer, and the adjustment period was actually a couple of years not months. Even though I was writing and earning a living with my first and then second books, I couldn’t get into a proper writing routine. It was a good three years later that I hit my stride and now can work every day and class myself as a writer. Loving this job. There was no turning point, it just took time and adjustment. I’m so much more productive now.

Joe Malik
I was critically injured and very nearly killed in Operation Enduring Freedom. I found an old manuscript on a hard drive in the hospital. I'd spent about 15 years pursuing a trad deal before giving up. I rewrote the story from a blank page while convalescing, hired an editor, and started my own publishing company. My debut novel that no major houses would touch has now sold ten thousand copies, reached the Kindle Top 100 in four countries, and received mainstream critical acclaim. (Joe posted about his experience on the ALLi blog here.)

OVER TO YOU What was YOUR turning point in your writing life? We'd love to hear about it!

#Indieauthors - what has been your biggest turning point in your #selfpublishing journey? #ALLi author members share their experience, to inspire and encourage you on your way. (Collated by @DebbieYoungBN) Click To Tweet

Opinion: Why Creative Assets are Key to Income and Influence for Indie Authors (and What They Are)

How Being an Opportunist Helps Build Your Writing Career

Writing: The Role of Writing Role Models in Your Self-publishing Career