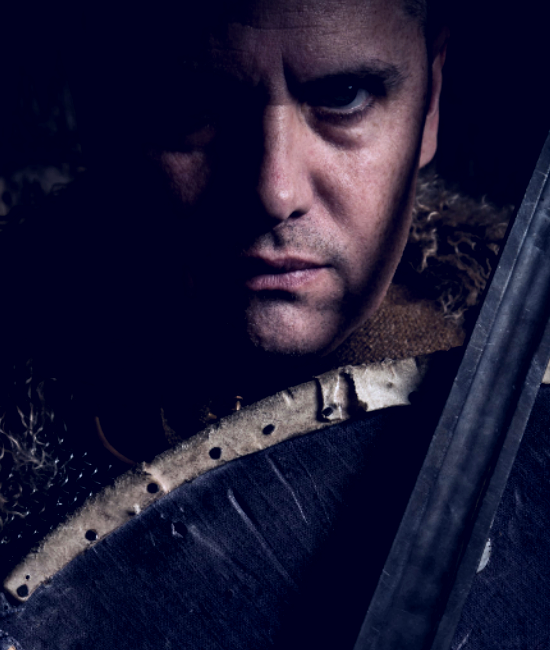 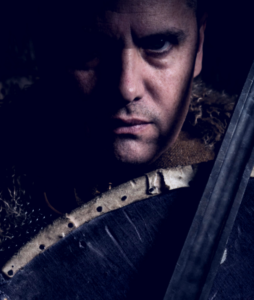 Meet Joseph Malik, a bestseller already on the strength of his debut novel

With so much chatter in certain quarters about the need to publish new books frequently, it's refreshing and heartening to share today a remarkable self-publishing success story based (so far) on a single book, developed and marketed with great care over a prolonged period. There is certainly more than one way to achieve high sales – and an astonishing 10,000 sales of his debut novel rocketed Joseph Malik to bestseller status. We are delighted to welcome Joseph to the blog today to share the secrets of his success, which include: 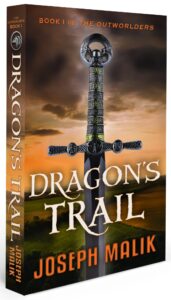 Becoming eligible for the 2019 John W. Campbell Award for Best New Writer in science fiction and fantasy. It’s voted on by the same people who vote for the Hugos.  I don’t know of any other indie authors who’ve met the benchmark for eligibility with a debut novel. I’m sure they’re out there, but they appear to be rare.

As an author? Flipping a middle finger to anyone who insisted that it was career suicide to invest in my debut novel, producing it at a professional level and treating this as a business: going 110% on cover, editing, proofreading, and promo, and choosing to compete against “The Big Kids”—the major publishers.

The number of trade-published authors I’ve met who want to pick my brain (or my wife’s brain, since she’s the real genius behind all this) about indie publishing.

The agents and editors don’t seem to have caught on, yet, but there appears to be a huge groundswell of “legit” authors interested in indie publishing done at a trade-pub caliber.

As an indie author, I’m still expecting trade-published authors to view me like the guy streaking across a field while they’re at the podium waiting for their medals.

Finding time to write. I’m mobilized in the Army Reserve, supporting a live mission, so it’s stressful. It’s effectively deployment hours and often deployment stress, only I have the ability to come home most nights.

Still, though: if I’m awake, I’m working; I’m either in uniform or working on book stuff.

I run on 4-6 hours’ sleep, and it catches up. I get every bit as short-tempered and stressed-out as I do on a normal, overseas deployment. Managing the first book and writing the second really isn’t much different from what many Army Reserve soldiers go through on deployment when their civilian jobs “understand” that they’re away. But many of them are managers, or own their own businesses, and they’re effectively working two full-time jobs.

The difference for me is that I don’t have anyone actively trying to kill me right now as far as I know. That helps.

I deal with it the way I deal with everything else in the Army: I regiment my time. I wake up at 0415. From 0430-0530 I’m working out; typically, I run or ruck (carry a 50-lb. pack) for an hour. From 0600-0700 I’m in my office behind the garage in a fresh uniform with a cup of coffee, writing. On weekends (when I get a free weekend), I’m editing and cobbling together anything I write during the week that doesn’t suck. 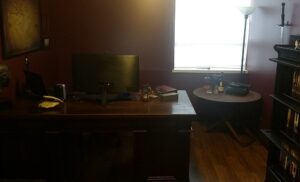 I just write, whether I feel creative or not.

Running or rucking for an hour in the mornings helps. I put on my headphones and sometimes the ideas come; sometimes they don’t. Being out there in the dark, listening to music, helps a lot. It rains a lot, here, which sets the mood for the series. I also have an amazing setup. I walk into my office and close the door, and I want to write. I call it the Fortress of Solitude.

I force myself to produce. It’s a military mindset.

We have to remain flexible and creative even when the hammer is coming down. The biggest thing that you take away from a successful military career is the ability to dig deep; to produce results under physical and psychological stresses that would literally kill some people. Comparatively, this is not that hard.

The amount of control.

I get to choose my own editor, branding, artwork, cover, promotional opportunities, proofreaders, everything. I talk to trade-published authors, and I don’t know how some of them do it.

I’d go insane giving that much creative and administrative control to someone I’ve only had lunch with a few times.

Production produces, but craft is king.

Our investment in editing, cover, proofreading, marketing, branding, etc. certainly factored into the success of Dragon’s Trail. However, it’s important to understand the amount of practice that went into writing it.

This wasn’t my first novel; it was only my first published novel. I probably had 10-12 finished novels before this one—albeit many of them variations on a theme, or radically different drafts of the same book—over about 25 years of hard writing, all of them rejected by trade publishers.

Rejection turned out to be the best thing that could have happened to me.

It kept me striving to write better, read more, and learn more, year in and year out.

Writing that will continue to sell year after year, the kind of writing that you might be able to build a career on, isn’t first-draft writing. It’s not even first-book writing. Putting major-league production behind an adult lifetime of craft worked staggeringly well.

Amazon pays you 70% but keeps your analytics, because that’s where the real value is. Direct as much of your advertising as possible back to your website, where you can capture the data and learn who your audience is. Then, learn how to use that data to reach more people like them. 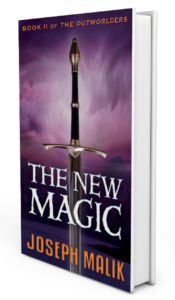 The New Magic, which takes place a few months after Dragon’s Trail but also reads as a stand-alone, releases on September 18th. I expect the launch to take up the majority of my time over the next couple of months. Pre-sales are excellent, and it’s being picked up by mainstream websites as an anticipated fall release, so fingers crossed.

#Selfpublishing success stories to inspire #indieauthors, weekly on our blog - this week, meet @JMalikAuthor, a bestseller already with his debut book, and a finely crafted business model Click To Tweet

In addition to fiction, Joseph Malik writes and lectures on advanced intelligence theory and asymmetric warfare for the U.S. military. He has worked as a stuntman, a high-rise window washer, a computational linguist, a touring rock musician, and a soldier in the United States Special Operations Command. A veteran of Operation Enduring Freedom, he lives in the Pacific Northwest along with his wife and their two dogs. He serves in the U.S. Army Reserve and is a member of SFWA. Find out more about Joseph Malik at his website: www.josephmalik.com.