The Story of an Authors’ Collective: Triskele Books

JJ Marsh tells the story of the launch and development of the authors' collective Triskele Books, drawing on their new book, The Triskele Trail, launched this month at the Chorleywood Literature Festival. 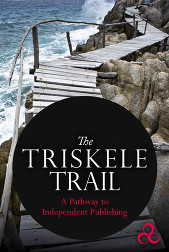 Once upon a time, there were five writers. They believed there was a third way of publishing, somewhere over the rainbow. So they packed their books and set off to explore. This is what happened on the journey.

The Triskele Trail is a true story. About a writers' collective who made some mistakes and some smart decisions; who discovered opportunities, found friends and dodged predators in the independent publishing jungle. Fourteen books later, here are the lessons we learned. This is not a How-To book. This is How-We-Did-It. This is The Triskele Trail. Here's an adapted extract from the book:

Gillian, Liza, Catriona, Jane and I met via an online critique site, each of us trying to take our writing to the next level. Our connection was virtual, (we’re spread across Europe from Anglesey to Zurich), but also very real. We gravitated to one another, attracted by two things: the quality of the writing and the critiques. I had no idea what these people looked or sounded like, but one thing was certain. They were exceptional writers whose opinions I trusted.

Traditional publishing was playing it safe. Gillian Hamer’s agent, despite her faith in Gilly’s books, couldn’t find them a home. Liza Perrat was having a similar experience with her first novel, Spirit of Lost Angels. I’d stopped trying to acquire representation after one agent said my work was too cerebral.

The alternative, self-publishing, began to gain ground, but still seemed full of poorly written, unedited vanity projects with home-made covers. Plus, the huge amount of effort required to market the book appeared an impossible task. It didn’t seem the right place for us. 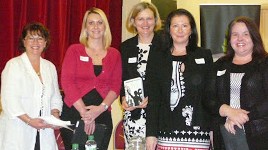 We met in London to discuss our options. Catriona had floated the idea of a writers’ collective some months earlier, so we considered the viability of a team effort. Going the independent route together seemed more manageable. After an honest conversation about our fears of failure and inadequacies as marketers, we established our ideals – high quality writing and professional presentation. We committed to publishing the books we wanted to write, not what the market dictated. Finally we realised our books shared another common element – location. Seemed like a good place to start.

Next came the tricky question of how to define ourselves. We did not want to be a small press, with all the administration of establishing a business. And as we were based in three different countries, it was impractical. The key thing was to retain our independence but benefit from working together. So we established an author collective.

Legally, we wanted to retain our own rights, so we chose not to create a publishing house. Instead, we would just act like one. We were a group of people who could edit, proof, consult, advise, co-promote and market on a shared platform. Each of us could work as an independent entity but we’d all benefit from mutual support. Financially, we would contribute equally to any costs incurred, such as webhosting, print materials and the design of our brand.

Where are we now? 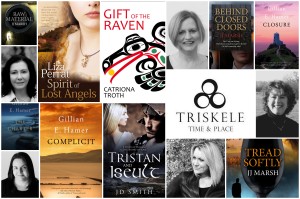 Two years on, we’ve grown. Catriona Troth and Jane Dixon-Smith (who also happens to be our designer) joined the core team, and Jasper Dorgan became an Associate. Between us, we’ve published seventeen books. We’ve earned seals of approval, awards for both our books and our covers and appeared at several literary events. We amassed terrific reviews and gained enthusiastic readers. We’ve made a few spectacular mistakes and had the occasional disagreement, but our collective determination to make this work has pulled us back on our feet.

We didn’t do this by ourselves. The encouragement and advice of other writers, especially the ALLi community, has been invaluable. In fact, passing on what we’ve learned is the main reason for launching The Triskele Trail, the warts'n'all story of how we did it. The atmosphere of the indie community is supportive, energetic, positive, professional and creative, values right at the heart of Triskele Books. Looks like we’ve finally found the right place.

(The Triskele Trail is now available as an e-book.)

Writer, journalist, teacher, actor, director and cultural trainer, Jill has lived and worked all over Europe. Now based in Switzerland, Jill is the author of The Beatrice Stubbs Series, a founder member of Triskele Books, European correspondent for Words with JAM magazine, co-editor of Swiss literary hub The Woolf and a reviewer for Bookmuse. For more about JJ Marsh's writing life, visit her author website.