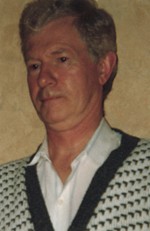 In the first of an occasional series in which indie authors talk about doing it their way, David James describes living in the skin of a butch girl boxer, a high class whore, eight members of the Dickens family, and others. He is also a Victorian junkie and well-known book reviewer.  A committed self-publisher, David explains what it's like to live “on maverick street”.

Breaking the mould has always been an exciting challenge for me as a novelist.  Like many of us I began writing by drawing on personal background.  Boy Among Men, a knockabout comedy based on my teaching of craft in London comprehensive schools in the 1960s, was fun to write. Twenty years on I drew on my experience of teaching in Morocco, writing Paris Bound (2002), a story of culture-clashed romance in which the road from Morocco to Paris takes many twists for two disparate lovers.

In Punching Judy (2007) the heroine is a butch girl boxer eager to take on anyone, man or woman, in the ring or out.  In 1950s London Jude, on release from a detention centre, returns to the life of crime and violence she knows and loves.  I’d never met anyone as abrasive and foul-mouthed as her until she seized me by the throat.  Of course by now I’d learned how to use research: reading about bouncers, bare-knuckle fighters at Sunday freak shows and the tough life of a young woman like Jane Couch, Britain’s first female world champion, fighting prejudice and making a living in a man’s world.

Friends looked askance when I told them I was writing about a girl boxer.  What did I know about butch women?  Not much from personal experience I admit.  But the next year I entered the skin of that high-class whore Becky Sharp, and then eight members of the Dickens family.

In 2011, the year of the Thackeray Bicentennial, I published The Confessions of Becky Sharp, a sequel, prequel and alternative version of Vanity Fair.  In 2012 it was Dickens’s turn and I read extracts from my novel Charles Dickens and the Night Visitors at the Dickens Bicentenary Festival in Rochester.  So if a favourite author is due a two-hundredth birthday or even a hundredth one that’s the ideal time to publish a sequel or fictional autobiography.  Why not keep an eye on the calendar and if you are a Victorian junkie like me you might note that Emily Bronte will be 200 in 2018 and George Eliot in 2019?

At the Annual Writers Conference in Winchester, where for several years I have been a speaker on self-publishing, I often display my wares in the Bookfair – and even sell the odd copy from the backlist.  A year ago, with my Victorian hat on I spoke about the writing of sequels and fictional biography. So with this and readings at the local Writers Circle I’ve begun to widen my circle of contacts, culminating last year at the Rochester Bicentennial by giving nine talks about Dickens, supplemented naturally by readings from Charles Dickens and the Night Visitors.

I hasten to add that none of these activities have helped me to pay the mortgage, but at least they’ve drawn me out of the study and into the marketplace.  The same can of course be said of book reviewing, in which eleemosynary diversion I spend a fair bit of time, having over the years reviewed for the TLS, Children’s Literature in Education, The Use of English, newbooks, the Freethinker, Self-Publishing Magazine and more recently for Amazon and as ‘nonsuch’ on www.bookgrouponline.com

Two more books are due out this year: The Scholar’s Tale, an intimate diary of a textual critic’s amorous adventures in three continents, and a manual on improving writing skills.

I dread getting stuck in a groove.

Such is life in Maverick Street!

David James was born in London and has spent much of his life teaching abroad.  He holds degrees from the universities of London, British Columbia and Leeds.  He lives in Sutton with his wife and daughter.  More details on www.davidjameswriter.com and www.quaggabooks.net