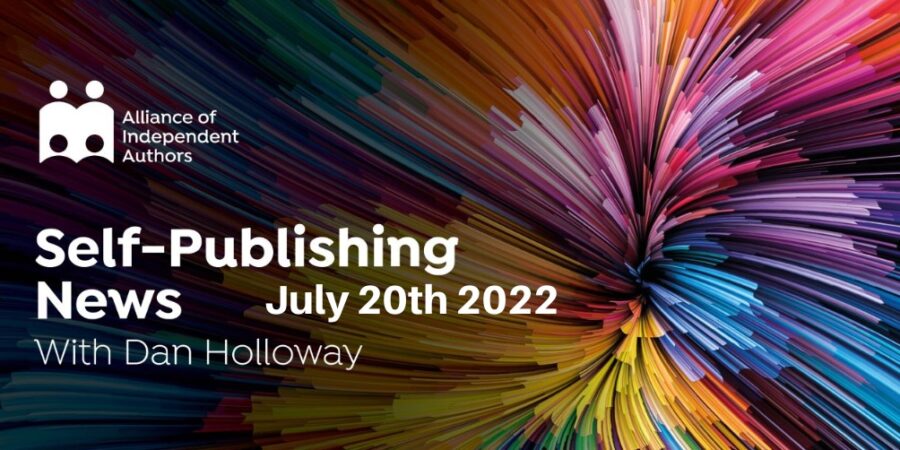 In this week's Self-Publishing News Special, ALLi News Editor Dan Holloway looks at the return of the TikTok trend encouraging readers to rip off authors.

This week saw an unfortunate trend from a few weeks ago resurface. People have started talking again about TikTok videos that encourage readers to buy and then return ebooks from Amazon.

And authors have again been speaking out against this. As a reminder, it’s possible, as things stand, for someone to buy an ebook, read it in full, and return it for a full refund. That’s because Amazon’s refund policy centres solely on the length of time since someone bought the book. How much of the book they’ve read is irrelevant. This, as you’ll remember, is one of the major complaints rights holders had about Audible’s audiobooks.

This practice is poor form. But for indie authors in particular, who can end up some months owing Amazon money because of returns, the blame feels like it lies with the big corporation. If its terms so obviously allow people to game them, what do they think is going to happen?

Self-Publishing and Libraries: A Survey

How Our Relationship With Digital Content is Changing: Adverts and Ownership

What does it mean to read a book? What does it mean to own a book? These are questions that hadn’t occurred to many of us until a few decades ago (or a few years for some). But not only have interesting debates started (do you “read” audiobooks?). Digital technology has changed how we think about both consumption and ownership of culture.

We used to think we knew what these things meant. You owned the book on your shelf. You read the book by picking it up and perusing it. And you could also borrow a book that someone else (a friend or a library) owned, and then after picking it up and perusing it you returned it. With art, most people could go to see an original artwork in a gallery or own a copy, as a print. And with film, we watched images at someone else’s time of choosing (in a cinema or on TV) or we owned a physical thing that we could put into a machine and play.

But now we consume more and more by streaming it. We pay a subscription for the right to access a digital file that someone else holds the rights to. By and large, we pay for convenience. And increasingly the convenience we pay for is not just consuming things at a time of our choosing, but doing so uninterrupted by adverts that would otherwise be the only way to fund the service.

We also, without realising it in some cases, have entered a world where we don’t actually own many of the things we have bought. With digital files like ebooks, we often simply buy a license to use them. And that means the companies that still own the rights to the files can take that away at any time. We can’t build our own libraries of ebooks knowing they will always be with us.

But two new developments suggest these new orthodoxies might be changing. First comes the partnership between Microsoft and Netflix. This will facilitate the creation of a lower cost option for accessing Netflix. It will see consumers able to choose to pay less but sit through adverts. Netflix has been struggling of late so this may be a last ditch effort. But they clearly believe people will be willing to pay *something* for a service that still has adverts.

Interestingly our own Melissa Addey pointed out a new service from mobile service provider EE. EE have partnered with WeAre8 to offer a service that pays people to interrupt their scrolling and watch branded videos. There is clearly a movement away from ad blocking en masse. As indies this may be an opportunity. Advertising done really well, as content rich brands like Patagonia and Red Bull have shown, can drive customer engagement rather than alienate. This is a point Empowered Authors' Sam Missingham made just this week as Penguin Random House changed its marketing strategy. Publishers are really bad at direct brand engagement. In an age where great advertising is less of a forbidden thing, maybe it's time for us, as storytellers, to fill the gap.

And then there’s a survey that suggests people increasingly want to own digital things rather than just have insecure access to them. “77% of Americans would rather own digital content and assets than just rent or stream,” according to the results. A future in which we own nothing and rent everything, it turns out, leaves people feeling slightly insecure. That’s one message that seems to have come out of difficult financial times. Inevitably, people will also suggest that the rise of NFTs has played a part in the desire to own digital content. Whether that’s true or not, it might well be the case that the days of simply buying the right to access ebooks from a corporation is over and the days when as authors we can start selling people actual files that people can then do with as they wish are coming.

It’s interesting how themes always emerge in the news. This week is definitely about social media and digital content, and often the intersection between the two. Possibly only slightly less controversial than using TikTok to advocate scamming authors is the Booker Prize’s decision to create a Book Club reward for social media.

I am still trying to understand how this is not “add value by adding a buzzword.” But let me explain the proposition. The great thing about prizes, the argument goes, is that they can drive sales for books that readers would love, by increasing visibility. Lots of caveats but that is, at least in part, an admirable sentiment. The new initiative from the Booker Prize aims to increase that buzz around shortlisted titles. It is asking book clubs to engage in social media discussions of those titles during the shortlist period.

Representatives of the book clubs who have the very best social media content will win tickets to the Booker Prize awards. A bit, it feels, like Sam Jordison’s Not the Booker Prize. Only without the wit, the indie spirit, and the actual highlighting of hidden gems.