Self-publishing News: Rise of the Podcast

In this week's Self-Publishing News, ALLi News Editor Dan Holloway fills us in on the latest with moves from Pandora and Spotify that will make it easier to promote your podcast, and a great showing from ALLi members at the DigitalBookWorld awards.

Over the weekend I had the honour of taking part in the Novel London festival at the legendary Foyles bookstore. I gave a “live edit” to one brave author. It was remarkable how well the intimacy of the conversation between writer & editor transferred to a wider audience. It was as though we all became part of those very private exchanges of thoughts. I would never have considered doing it but now I have thoroughly recommend it for other festival organizers.

The rise of the Podcast 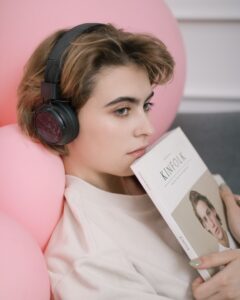 We have featured a lot of stories about audiobooks. It's perhaps no surprise that as audio grows as people's preferred medium for consuming information, it's not just audiobooks that are a bog growth area. More and more people are getting information from a favourite podcast. A few months ago, a survey found half of Americans had listened to a podcast in the previous year. Now two of the biggest audio platforms have made it easier for people with a podcast to find their audience. In the past week both Pandora and Spotify have created a podcast dashboard. It's not yet the case that anyone can upload a podcast. But anyone can submit their podcast for consideration. And if it meets some basic requirements, you're good to go. Interestingly, this comes as Spotify looks to test a higher price point.

It is at this point I should remind you that ALLi has just rebooted its podcasts. Don't forget to subscribe here. And you can listen to Howard and me talking about the news tomorrow.

This week we have seen some phenomenal figures on the growth of digital content. I want to start with Sora. This is the schools reading app that runs through OverDrive. It enables students to read ebooks from their local libraries. In its first year it has seen 5.5 million checkouts from 600,000 users. Yet another reason why indies should be getting their work on OverDrive. Another platform hit a massive milestone this week. Digital subscription company Storytel gained their one millionth subscriber. Driven by audiobook and ebook demand, this is a full 5 months ahead of schedule for hitting the mark. Finally, a figure for anyone who forgets just how huge a platform Wattpad is. The site now has 80 million active users. That's up 10 million from last year already.

We are already gearing up for this year's DigitalBookWorld conference. And this week the shortlist for their awards were announced. It's wonderful to see ALLi folk on the list, with Orna shortlisted for Best Publishing Commentator, and Joanna Penn in that category and best podcast. It is interesting to note that the emphasis of the conference this year, in keeping with this week's theme, is very much voice first technology.

Last week we announced the launch of a major UK campaign to axe tax on ebooks. This week it's the turn of Latvia. The country has rates of 20%+ on ebooks and print. And the publishing industry fears the taxes could be killing book sales, possibly for good. As a member of the European Union, the country is now covered by regulation that allows the removal of the tax. It looks as though this trend is finally heading all one way.

Do you have a podcast? Are you thinking of setting one up? Is it something separate from your books or does it sit alongside them? Let us know in the comments below.