In this week's Self-Publishing News, ALLi News Editor Dan Holloway fills us in on the latest with ALLi's 75% discount for DigitalBookWorld, Bibliotheca's CEO blaming Amazon for the libraries dispute and a lawsuit blocking the launch of Audible captions.

From time to time I like to use this space to mark the death of a literary legend. For anyone my age, Dr Who was an integral part of childhood – just as it is for many now. So I happily raise a glass – and proffer a jellybaby – to one of the legends. RIP Terrance Dicks. 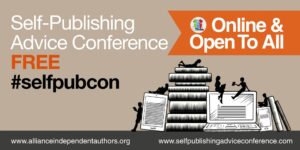 It is only the second year of the revamped DigitalBookWorld. Nonetheless, the conference is already marking itself out as the most valuable event in the year’s calendar. Panels include audio, voice first, artificial intelligence, and big data. And many more, of course, to ensure that DigitalBookWorld is the one event a forwards-looking indie can’t miss. ALLi is delighted to be involved in this year’s DgitalBookWorld, with a 75% discount for our members which you can access here. We will also be holding our online Self-publishing Advice Conference immediately after DigitalBookWorld closes. You can find the details and how to register here.

The two biggest news stories of recent months each took dramatic turns this week. First up it’s the battle of publishers against libraries. Or maybe the actual battle is raging somewhere else. Tom Mercer, CEO of Bibliotheca, which sells ebooks to libraries, has let rip in an explosive address to the American Libraries Association. Mercer blames the crisis on Amazon. The rationale he gives is that Amazon has been providing figures to publishers showing library borrows are eating sales. The suggestion is that this is happening through Amazon’s link to Overdrive. Overdrive enables readers to borrow ebooks using the Kindle app. When they do so, the “borrow” is managed by Amazon, who take a fee. This is the only way Kindle users can access ebooks from libraries, and it raises many questions.

The other big story of recent weeks is the release of Audible Captions. This provides captions as people listen along to audiobooks. The Association of American Publishers was so concerned that Audible was making an ebook rights grab that they filed a lawsuit to prevent the feature. This has succeeded in obtaining at least a temporary delay to the rollout. Audible will not release anything until the court has made its ruling.

I should preface this by saying that Inkitt currently has a “caution” rating from our watchdog, relating mainly to its aggressive marketing involving spam twitter accounts. Inkitt has just raised $16m to expand its Galatea app. The idea is that the most popular uploaded stories to the regular site get pulled out for special treatment. This involves turning them into bite-size “immersive reading” stories. What this entails seems to be a number of “effects” including “haptic feedback” like having people's phone vibrate at the exciting bits. I'm sceptical. Largely though because of the shaky foundation and the fact Wattpad are already doing this kind of thing. The gimmick itself is, well, gimmicky. But interesting.

And talking of new exciting sources for fiction, a fascinating piece in Publishing Perspectives outlines a trend in Chinese books. We are seeing the rise of fiction based in the world of esports. This will not be a surprise to anyone on Wattpad, of course. But it is a useful reminder just how many opportunities and markets are out there.

What are your feelings about the increasing move to subscriptions for readers? How do you think it will affect your earnings? Let us know in the comments below.