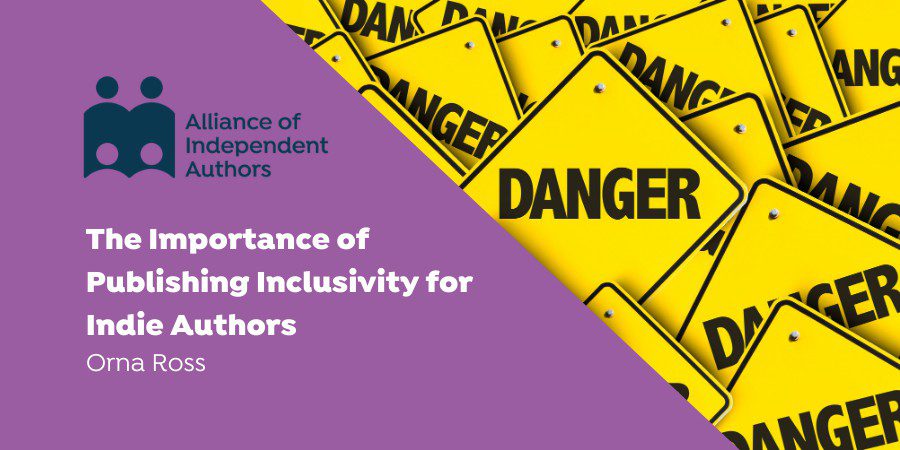 Today’s authors are becoming creative business owners, building independent publishing enterprises based on their own intellectual property (IP). Yet many independent authors forgo this independence and compromise the value of their IP by licensing or assigning their books exclusively to another business without due diligence. Orna Ross explores the important principle of publishing non-exclusivity for authors–and the dangers of publishing exclusively through one trade publisher, or one self-publishing service. For more, see ALLi’s Self-Publishing 3.0 campaign and guide. 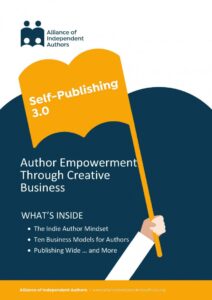 What is the principle of publishing non-exclusivity for authors?  Publishing through as wide a variety of outlets, formats and territories as possible, for maximum visibility and discoverability.
ALLi members can download their complimentary ebook copy of Self-Publishing 3.0 in the Member Zone. Navigate to allianceindependentauthors.org and log in.
Then navigate to the following menu: BOOKS > GUIDEBOOKS.
All formats are available for sale to members and non-members in the ALLi Bookshop 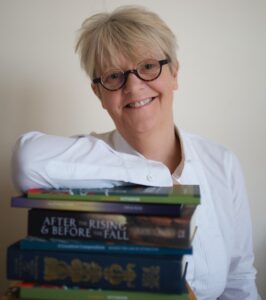 In practice, the principle of non-exclusivity means uploading books to as many retailers, regions, and formats as possible, given your personal limitations of time, money, and other resources, with the intention of maximising reach and sales.

In the past, authors depended for success on influencers and gatekeepers: publishers, agents, librarians, booksellers, professional critics, and reviewers. That system is still in place, though shrinking in size. Today’s indie author depends on attracting, engaging, and delighting readers through a variety of platforms and formats and high-level publishing skills. That system is expanding in size and influence.

In author circles, we pay a lot of attention to the larger payments a self-publishing author receives and rightly cite it as a primary reason to self-publish. Less discussed, but actually more significant across the long term, is how self-publishing allows authors to publish without having to sign exclusive publishing licenses with third-party publishers.

As an independent self-publisher, you can reach readers while retaining all publishing rights, and can strategically licence or assign different formats of your books–print, ebook, audiobook, TV program, film, translation and more–to different publishers and rights buyers, for appropriate compensation.

This selective rights licensing can come to have enormous value, over time, for the successful self-publisher. But not for those who sign over exclusive rights to either a publisher or self-publishing service.

Exclusivity in publishing means limiting rights or publication to one outlet.

In trade publishing, exclusivity is the default option. The author cannot publish anywhere outside the bounds of the contract, including their own website.

This is as it needs to be. A publisher investing in a book needs to know that their sales are not going to be canniablized by another publisher, including the author.

Exclusivity in trade publishing may also refer to distribution in just one region for print books—distribution only in the United States, or the United Kingdom and Commonwealth. Such deals are how trade publishers traditionally protected themselves, as the gentlemen of the “gentleman’s profession” in London and Manhattan divided the English-speaking world between them, agreeing not to publish into each other’s territories. In Europe, tussles between the American and British editions are common.

And in many parts of the world, copyright is not respected at all, with pirated copies of books selling widely.

But the old divide mostly worked for publishers for most of the 20th century, allowing everyone in the business (except most  authors), to make make money. Then the dawn of digital blew this system up.

As a result, trade publishers now increasingly seek exclusive world rights for print, audio and ebooks, and under a new clause that has started sneaking into publishing contracts “all languages, all territories, all formats now existing and to be invented, for the term of copyright. Without paying more for the privilege.

By contrast, self-publishing agreements with online retailers like Amazon KDP, Apple Books, Google Play, IngramSpark and aggregators like Draft2Digital, PublishWide and StreetLib, are non-exclusive by default, though Amazon has exclusivity options. The author is the IP holder, retaining all rights. The services are business partners distributing and, in some cases, retailing the book, and taking a commission from each sale as payment, at the point of transaction.

Who is going exclusive in the self-publishing community at the moment?

The latter two are the choice of a minority. The vast majority of independent authors at this time have chosen one of two options: to opt into Amazon exclusive programs—for which there are extra benefits on the world’s largest book retailer—or to publish as widely as possible, on a non-exclusive basis, publishing directly to a few key players like Amazon, Apple and Kobo and using the help of one or more aggregators for the rest.

The Dangers of Exclusivity

Signing an all-world, all-rights deal with a publisher, without seeing a detailed publishing plan for each of those rights, formats and territories, is a mistake. Relying solely on one exclusive self-publishing platform for your business income is also inherently risky.

Exclusivity limits your options if a particular vendor or publisher decides to change their rules or strategy. Any perks or benefits they offer in exchange for exclusivity are always at their discretion. And just as authors will make decisions in the best interest of their business (as they should), a publisher or publishing service will do the same.

Those decisions are often unfavorable to the author.

At ALLi, we see fallout from exclusivity all the time. We recently tried to help a children’s author who is now indie but who in the past assigned all rights to a trade publisher. A TV production company picked up her book a few years ago, and the character she created now features in a much-loved broadcast, both in the UK, her home territory, and around the world through several lucrative contracts. We spoke to the publisher’s representatives on her behalf but they are playing hardball and sticking to the contract. She has not received one extra penny from her creation for these rights deals–and, unless things change, never will.

Another problem zone, sometimes, is Amazon’s exclusivity programs. Audiobook narrators are currently engaged in a dispute with Amazon ACX about hidden deductions, non-payment of due monies, lack of transparency, and a draconian exclusivity policy. (You can find out more about this campaign, dubbed #audiblegate here).

Indie authors are grateful to Amazon for the innovative digital publishing tools provided through the ACX and KDP publishing platforms, which revolutionised publishing and allowed so many authors to make a living online through their platform. It is possible to make a good income from Amazon only, and the service has a number of excellent promotional tools, but in our estimation these do not outweigh the dangers of exclusivity.

At ALLi we see every week how Kindle Unlimited is a boon to many authors, but also can hurt other authors. We’ve seen authors’ income plummet, or even dry up, without apparent cause. We’ve seen accounts closed, without explanation. Every time Amazon changes its rules, or algorithms, or releases a new service, a number of Amazon-exclusive authors find their livelihoods devastated.

We’ve also, since the arrival of Amazon advertising, seen authors spending increasing amounts of money on advertising to maintain their page reads in KU while relying on bonuses from Amazon to make it worthwhile. This is a very dependent business model for independent “indie” authors.

Many authors wrongly feel powerless in their relationship with the tech giant. They believe misinformation which says or implies that exclusivity with Amazon is necessary for the indie author who wants to make a living from their books. They feel they have little choice but to do what that company wants in order to continue working with them.

That’s business, says Amazon. For an author, looking at things from their own business perspective, opting for exclusivity limits their ability to reach readers who buy in other stores or who live in countries where Amazon has no presence. It’s also worth noting that from a business perspective that Amazon is the most competitive store and, since Amazon Advertising was launched, the one where it costs most to get visibility.

Many authors are proving with their bank balance that exclusivity is not a necessity to make a decent living.

If authors opt for the inclusivity principle, and self-publish widely, the problems of exclusivity are mitigated. They are able to shift focus away from a dud distribution channel, and focus on one that brings greater margins. They are safe from closures, and rule changes, and non-served territories because they have multiple channels.

Yes, it can take longer to become profitable on a range of smaller outlets than one large one. Building a readership is a long-term endeavor and exclusivity models, especially at Amazon, offer some shortcuts, such as paid page reads and site promotions. In short, by eschewing exclusivity, you build a successful author business just as anybody builds any good business: step by step, asset by asset. Book by book.

As a guiding principle, and recognizing that there are time constraints and other factors at play, ALLi advises authors to avail of the principle of inclusivity and to publish as widely as possible. This enhances discoverability, making your books available wherever readers are buying.

In practice, this principle means uploading books to as many retailers, regions, and formats as possible, given your personal limitations of time, money, and other resources.

The more outlets an author has, the less dependent they are on any one. Contrary to what some authors say (“You have to be exclusive to Amazon to make a living from writing”) there are many business models open to authors. And ALLi has many, many members who publish wide to just as much success as Amazon exclusive authors.

All of these wide publishers have one thing in common. They understand that being wide is a long term strategy and they are committed to it. Building a presence and garnering sales on Apple Books, Barnes & Noble, Kobo, Google Play, IngramSpark takes time. The marketing approach tends to be slower, more long-term and ongoing.

While non-Amazon retailers are smaller, it can be much easier to establish a foothold there. Widely published books have a much higher chance than KU books of being accepted for BookBub featured deals, and other promotion services. A single featured deal will skyrocket your sales on all retailers, which will likely get the attention of the merchandising teams, who may in turn feature your book in their promos, driving even more sales. This is how presence is built on non-Amazon retailers.

For more on going wide, see our Ultimate Guide to Publishing Wide.

Publishing from the principle of inclusivity requires self-belief. You have to value its long-term benefits over the short-term benefits of bonuses, ego boosts, or validation. But it is a core publishing principle for the indie author who wants to retain independence and make a sustainable and scalable living from their writing.

As authors become more aware of the value of their intellectual property, ALLi’s Self-Publishing 3.0 campaign is seeing more and more authors align with the principle of inclusivity. As mentioned at the top of this post,Self-Publishing 3.0 describes a publishing era defined by the concept: that any author (with the requisite skills) now has the means to establish a sustainable and scalable business.

This short book outlines both the concept and campaign and aims to explain to self-publishing authors why Self-Publishing 3.0 is important, the tools and techniques driving this trend, and how to take part in this movement that is enabling authors in more number than ever before to earn a living from writing and publishing books.

ALLi members can download their complimentary ebook copy of Self-Publishing 3.0 in the Member Zone. Navigate to allianceindependentauthors.org and log in. Then navigate to the following menu: BOOKS > GUIDEBOOKS. All formats are available to members and non-members in ALLi’s Bookshop
Amazonbusiness strategyexclusivityKindle UnlimitedKU