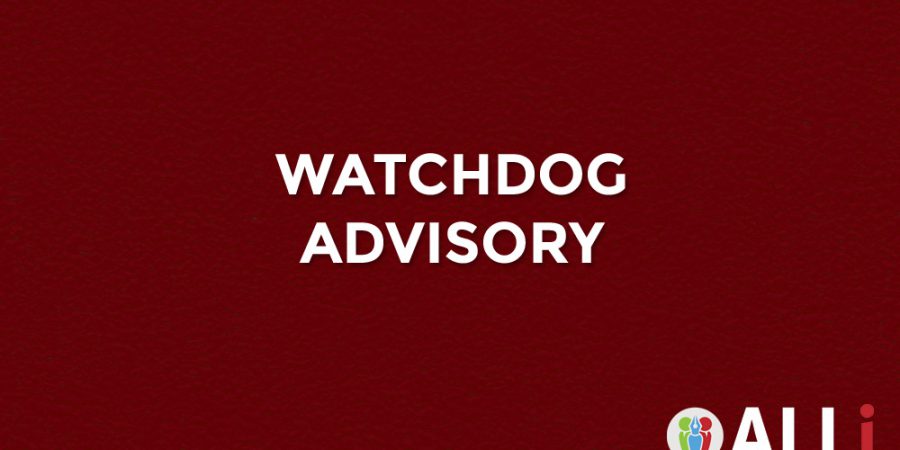 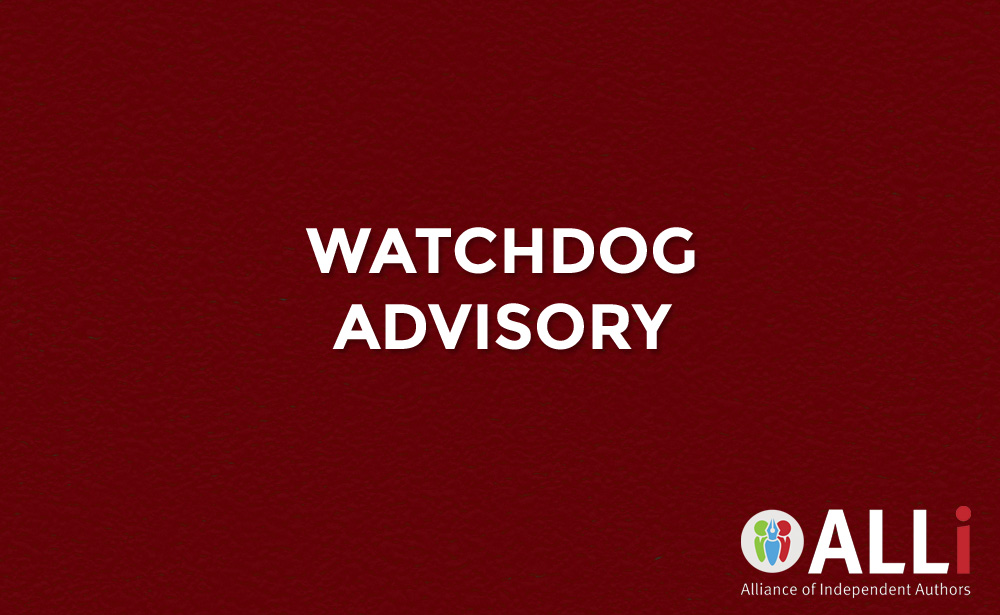 During the first quarter of 2017, ALLi's Watchdog Desk received several complaints about a company known as ProofProfessor. The complaints were not about the proofreading services offered by the company. Rather, they described a troubling and consistent pattern of behavior by ProofProfessor's founder, Matt Rance.

In each case, Mr. Rance approached an author or publisher to offer their services, including a list of corrections ProofProfessor could make to the prospect's book. When the prospect politely declined or did not reply, Mr. Rance persisted, becoming increasingly hostile, even when the prospects made it explicitly clear that they wished no further contact.

Shortly thereafter, ProofProfessor would post scathing, hypercritical one-star reviews on the prospects' books. Many of his reviews begin with the line, “Out of courtesy, the author and the publisher were both contacted before this review was posted…”

Most of the authors harassed in this way had no idea why they were being attacked with such venom. Following one failed solicitation, Mr. Rance targeted a publisher's authors with a flurry of negative reviews—over a quarter of the reviews he had posted.

The threat implicit in these reviews felt clear to their victims: pay me to fix your editing, or I will hurt your reputation. The actions we observed in the course of our investigation and the overall pattern of ProofProfessor's reviews seem to confirm this interpretation.

Several individuals targeted by ProofProfessor recounted their experiences to ALLi. Every one of the complainants described “aggressive” communications from Mr. Rance, and many called the repeated, unwanted contact “distressing” or “threatening.”

His emotional impact has been considerable. When he started messaging me I dreaded every blog post… I did very nearly give up my editorial business.

I felt under attack because of the persistent and aggressively worded messages. His behaviour felt like stalking. I was apprehensive every time another of his envelopes came in the post, or an email arrived. Blocking him seemed to have little effect, because he'd just find another way to send unwelcome messages.

Mr. Rance's unique notion of courtesy continued beyond the posting of negative reviews. In one case, he sent several articles of unsigned mail to the office and home address of his target, a behavior the recipient described as “beyond creepy.” In another, an editor described how Mr. Rance would monitor their blog, sending unwanted messages seconds after they published an article. Whenever they made corrections, he would immediately message them to take credit for the changes.

While it's evident that some of the books in question did have errors, that's irrelevant to the manner in which ProofProfessor solicited business. Harassment has no place in the business model of a reputable service, especially when it escalates to invading someone's home and personal life.

Indeed, Mr. Rance errs in at least one instance in which he names a copy editor who worked on a book in its early stages, but who had no involvement with (or responsibility for) later proofreading.

On the ProofProfessor website, Mr. Rance characterizes these actions as “literacy activism,” framing his actions as a one-man war on what he considers to be substandard proofreading by some of the best-known professional editing organizations.

This justification might seem plausible at first glance, but the fact that reviews are often preceded by a sales pitch for his services raises doubt about the purity of Mr. Rance's motives. Nor does this explain why he maintains two accounts for reviews, one personal account used to place 5-star reviews on the books he has worked on, and a second, branded account used primarily to excoriate authors and publishers who decline to use his service.

While we were preparing to contact ProofProfessor for the right to reply we extend to our rated services, Mr. Rance was apprised of the rating, and began to call a number of ALLi staff on their private phone numbers. When we asked him to explain his campaign of targeted reviews, he declined to do so. Instead, it was ALLi's turn to get a taste of ProofProfessor's style of conflict resolution as he:

We mention this exchange not as a complaint, but as a demonstration. The hostility we encountered is not an isolated occurrence. Viewed in the context of Mr. Rance's behavior towards clients who rejected his proposals, it paints an alarming picture of threats, harassment, and retaliation as a means of conducting business.

How ProofProfessor can improve

ProofProfessor's conduct touches on several ethical failures that could be easily avoided.

1. Never use threats in connection with your business.
Whether implicit or explicit, threats of violence, government action, exposure of secrets, or harm to someone's reputation can easily be construed as extortion, especially where a business proposal is concerned.

2. Be professional.
The customer may not always be right, but they always deserve respect. If you lack the interpersonal skills to deal with clients in a mature, respectful, and calm manner, it is imperative that you find a partner who has those skills, and let them be your intermediary in all client relations.

3. Do not use customer reviews as a weapon.
ProofProfessor violates Amazon's terms of service in two ways: by revenge-rating authors, and by awarding 5-star reviews to books they have contributed services to. Customer reviews are a venue for readers to share honest opinions untainted by vested interests. They are not for businesses to promote themselves, and they are certainly not for waging personal vendettas.

4. Learn the difference between salesmanship and stalking.
Ignoring a client's request to be left alone is harassment, and when carried to extremes (such as seeking out their home address or phone), it may cross the line into stalking. Respect the client's wishes.

5. Understand that conflict resolution is not about assigning blame.
When disputes arise, as they inevitably will, it is vital that both sides be willing to approach the dispute with a spirit of cooperation. The goal should be finding a win-win solution.

Due to ProofProfessor's open-ended pricing structure, we initially assigned the company a rating of “Caution”. That rating was changed to a Watchdog Advisory when we confirmed the scope and severity of Mr. Rance's actions.

The Watchdog Advisory is reserved for companies that warrant our highest level of concern. ProofProfessor's multiple, documented incidents of harassment and retaliatory behavior merit a place in this category.

ALLi remains committed to working with any service provider who wishes to bring their services in line with best practices.