Production: How to Format Ebooks with Many Pictures in Calibre

Ever had trouble formatting ebooks that feature lots of illustrations? Indie author Rose Deakin, currently preparing to self-publish her book Frances Donaldson: A Woman's War, describes how she used Calibre as the ideal solution for that situation.

When I came to write my book everyone told me: ‘Oh Word is awful. You should use InDesign’. I contemplated spending hours learning a new and sophisticated program. I decided to stick it out with Word.

It all went fine, apart from the photographs.

For a simple text book Word may not be perfect but it is adequate – especially if, as I did, you buy a template from TheBookDesigner.com.

However, in Word, handling photographs is chaotic, and I had over fifty to place. They would hop about, separate themselves from their captions and lead an independent life. I finally sorted that by capturing them in tables with only two cells – one for the photograph and one for the caption.

How to Work with Images in Calibre

You have to import your book, convert it and then look at it for errors. I had a bit of trouble with font size and line spacing, but otherwise it all seemed good. In the first place I made changes by going back and editing the Word file and then re-importing and re-converting. Rinse and repeat. Slow but steady. It was starting to look good.

Unfortunately the photographs were once again giving trouble – all over the place. I was in despair, when I noticed that over on the extreme right the screen menu was a button saying ‘Editor’. At last I got into it.

Calibre's is an excellent editor, though definitely not for beginners.

The reason is that you see three panels on the screen, two of which are major. On the right is your text and on the left, the HTML version. If you want to add a few words, delete a word or add a space, there is no difficulty, but you have to find the location in the HTML and do it on that side. You don’t need any HTML knowledge.

To do more than that, you do need elementary HTML knowledge. Mine is rudimentary – learnt when using Dreamweaver in the old days before WordPress.

I soon deduced that the table that I had put around each photograph in Word was causing the problem over in Calibre. I was able quickly, using the HTML panel, to take out all the table commands and immediately things jumped into place.

I found a lovely button (top left with a + sign) that let you add a new photograph, so I could add or change pictures if I wanted.

Then arose a new problem. The newly-added photographs came into the photo store, showed perfectly in Calibre, but in the Kindle Previewer they were marked by a black camera glaring out at me.  I could see on Google that others had the same problem.

Also, sometimes the .nnn bit may be .jpg but is changed to jpeg. The ending in the photo store (in the extreme left-hand column) and that in the text must match exactly. 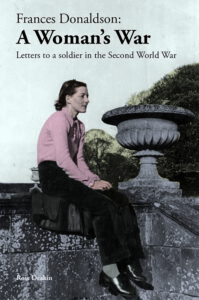 Rose Deakin's new book will be published in September 2017

Quite easy when you know, but a major problem to diagnose if you are not experienced. The image store is in the extreme left column on the screen, down below the text block index and the CSS file. You can edit the CSS file too which though more advanced is a blessing. I enjoyed ‘doing it myself’ but it took time.

I enjoyed ‘doing it myself’ but it took time.

OVER TO YOU Do you have any tips to add to Rose's? Would you like to recommend a different product for formatting ebooks with lots of pictures? Feel free to add your advice.

OTHER USEFUL POSTS ABOUT FORMATTING EBOOKS – FROM THE ALLi ARCHIVE

Production: How to Format Illustrated Ebooks with Vellum

Rose Deakin is the author of four books about her experience of the early days of personal computing. She has always written articles for features both in English and Spanish, mainly about Chile where she lived for fifteen years until returning home to try to produce a book from her mother’s letters, which she will self-publish in September 2017. For more about this book, visit "www.womanswar.com.