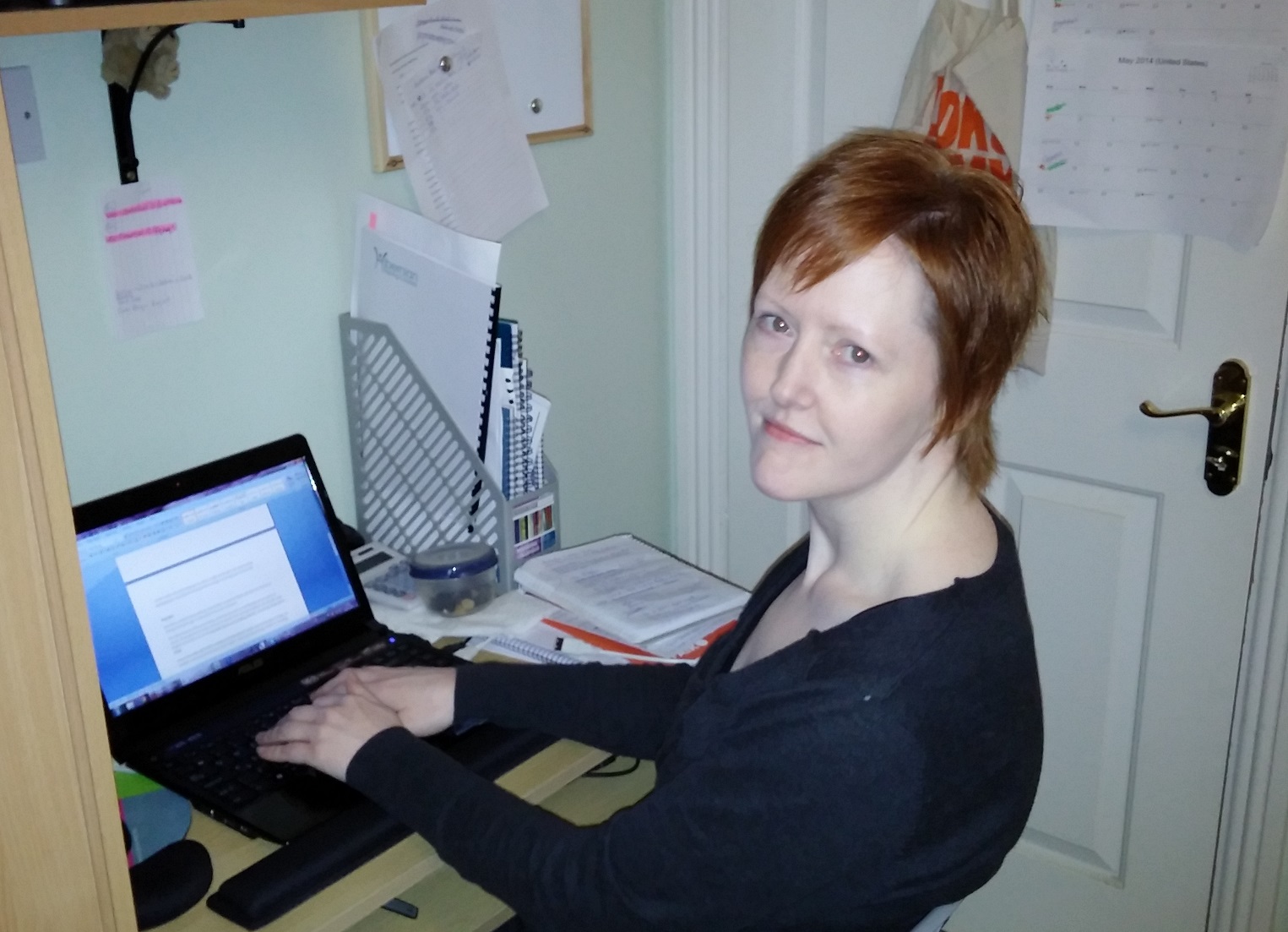 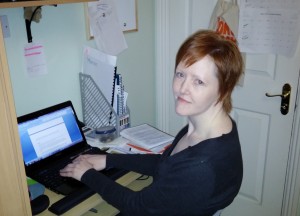 Eliza Green at work on Book 3 of the Exilon Trilogy

In December 2012, I published Becoming Human, Book 1 in the Exilon 5 Trilogy. A year later, I published Altered Reality, Book 2 in the same trilogy. It was when I completed the second book that I noticed something. My writing had moved on quite significantly in the space of a year.

I sent Altered Reality to my editor and set about working with my cover designer. But in the back of my mind, I was bothered that the two books didn’t entirely match each other in terms of style. In November, very late in the day, I made a decision to rewrite Becoming Human.

Why I Rewrote My Debut Novel 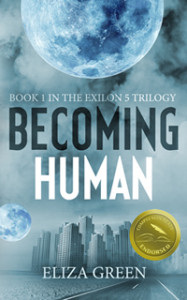 The decision was both an easy and a difficult one. Easy because it made no sense to have one book written in a different style to the book I was about to release. Difficult, because I was planning my launch, working on the formatting for Altered Reality and many other things. I didn’t really have the time to rewrite Book 1, but it had to be done and so I had to make time.

In addition, I had signed a deal with Podium Publishing in September 2013 to bring the trilogy to audio, so why would I want voice actors to read a version that I wasn’t entirely happy with? It’s the perfectionist within me. Sometimes I get a little crazy over imperfections, but I’m learning to step back and only change things around when they need it. 2013 was a difficult year because I only had one book out and my reputation hinged on that one book being good.

The initial reviews for Becoming Human weren’t bad, but they weren’t as good as they could have been. I had rewritten it during 2013, but without my editor’s input. The reviews improved. When it came to the end of the year and the revamp to incorporate my new style, there was no way I was going to take a chance on it not being right. I needed to engage with my editor again. I re-released the new version in December 2013 and the new reviews told me I had done the right thing.

The rewrite was always going to be about the style and presentation and I was careful not to change the story. It wouldn’t have been fair to readers who had enjoyed the book in its earliest form. People already loved the story. I wanted to make them fall in love with the way I was telling it too. 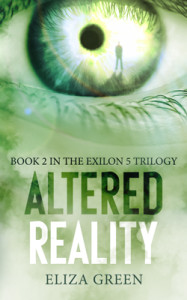 Notifying readers was tricky, but I posted about it on my blog and was especially interested in reviews on Amazon that complained about the very things I was about to change. I let some people know there would be a new version available. Behind the scenes, Amazon’s Whispersync is supposed to notify readers of a new version, but I’ve never received that notification on my Kindle. Barnes and Noble’s Nook allows readers to download a new version. Kobo reader doesn’t and customers there have to purchase the book again. I gave the option to readers that if they wanted a new version after having purchased the book, to contact me. There really wasn’t much more I could do about those who had the older version. I was more interested in targeting new readers who hadn’t seen the series before.

I had read somewhere that part of an author’s job is being willing to change something if it doesn’t work. But it has to be the right change, not a knee jerk reaction to a comment here or there. Personally, I’m not interested in pressing a publish button. I’m here to learn and improve and I’m not afraid to rewrite my work if it better serves the trilogy and my career. I’m a member of Alli and on our Facebook group, we talk quite a bit about being an Authorpreneur. Learning and not being afraid to change is an integral part of that world.

Eliza Green tried her hand at fashion designing, massage, painting, and even ghost hunting, before finding her love of writing. She often wonders if her desire to change the ending of a particular glittery vampire story steered her in that direction (it did). After earning her degree in marketing, Eliza went on to work in everything but marketing, but swears she uses it in everyday life, or so she tells her bank manager.

Born and raised in Dublin, Ireland, she lives there with her sci-fi loving, evil genius best friend. When not working on her next amazing science fiction adventure, you can find her reading, indulging in new food at an amazing restaurant or simply singing along to something with a half decent beat.