Opinion: Why I Will Never Give My Books Away for Free 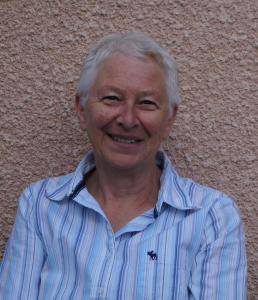 Lesley Tither lives and writes in France in various genres – but offers on freebies!

The issue of whether or not to offer your books for free as part of your marketing strategy is a hotly debated issue in the indie author community. Novelist Lesley Tither explains why she will never take that route. Do you agree? Follow her argument, then join the conversation via the comments box!

Freebie or not freebie? That is the question!

Perhaps it’s your first? In which case you’re bursting with pride and can’t wait to launch your baby out there for the public to start snapping it up in their hundreds.

But now you face that huge dilemma:

What price to put on your baby’s head?

Let me say at this point, book pricing is a hugely controversial subject. I am in no way knocking those who make some of their books free. That isn’t my choice, and I hope to set out here why not.

Influenced by my Copywriting Career

For a large part of my working life I was paid for what I wrote, first as a journalist, later as a freelance copywriter. My USP in copywriting was always:

Give me a brief and I’ll write to it. If you don’t like the first pass, as long as you haven’t changed the brief, I’ll do a free full rewrite. After that, if you still don’t like it, I won’t invoice you and we’ll go our separate ways.

In other words, to me, free is synonymous with me not getting it right. And that’s deeply ingrained.

Why the Creative Arts Should be Paid For

It’s a known fact that for any of the creative arts, people expect something for nothing. Or next to nothing. Ask any musician, for instance, who can tell you tales of having been asked to play at someone’s wedding for no fee, ‘but it will be good publicity for you because there will be a lot of guests there’.

One argument I see regularly in various book groups is, ‘I won’t pay full price for a book by an author I don’t know’.

Sometimes we’re told that making the first book in a series free can boost sales of those that follow. That may be so. But, of course, when you’ve just finished your first, you may not know if there’s a series to come. So do you hang on to it until you have more? A lot of people do turn their books out quickly enough for that to be an option. But not everyone can work at that speed.

And let’s be realistic here, because it’s a fact. Quantity is not always a guarantee of quality. I’m not pointing any fingers but I’m sure we’ve all been disappointed by ‘bestsellers’ at some time in our lives. Those of the right generation will remember when Joe Dolce’s ‘Shaddap you face’ kept Ultravox’s ‘Vienna' off the top slot in the music charts because for some unfathomable reason, it sold more copies and got more airtime.

The Final Decision is Yours…

But back to your baby and how much you’re going to sell it for, if anything. You’ve invested time, sweated blood, hopefully had it properly edited, beta-read, proofread, formatted and presented in a professional-looking cover, with the snappiest blurb possible. Does none of that count for anything?

You are the only one who can answer that and make the call.

I know where I stand, very firmly. I don’t give my work away for free unless it’s not up to the mark.

#Indieauthors - would you ever offer your #selfpub books as freebies? @tottielimejuice explains why she can't bring herself to do so - ever. Click To Tweet

Opinion: Indie Authors – Why You Need to Experiment to Get Your Ebook Prices Right