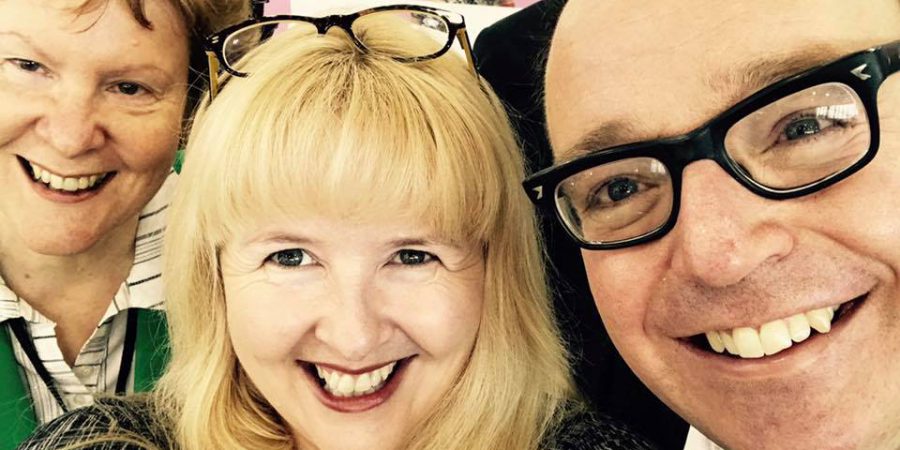 So how do you judge book sales success?Alison Morton, a British novelist who writes alternative history thrillers inspired by ancient Rome from her home in France, has been in conversation with other ALLis via our members-only forum (a good Roman concept there!). To start our blogging week with a spirited debate, she shares their views (with their prior permission, of course.) 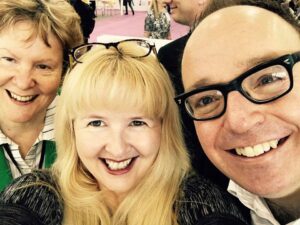 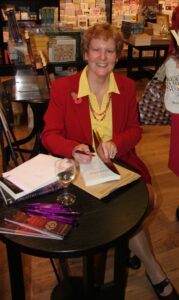 Alison Morton signing her books in a bookshop

I did that fatal thing – I asked my colleagues in ALLi’s Facebook group a question. Worse, I asked it about that delicate subject: measuring success in terms of book sales. What was considered a ‘good/satisfactory’ number of sales for any novel? I wasn’t talking about the super-sellers, just the average novel. And was that count different for indies?

Reaction piled in – and what a range of answers!

At least one more than we currently sell a month?” asked Tim Lewis from BSP Podcast. “Not sure Amazon have ever released any figures of average sales, though we might be able to work it out from other data I suppose. So I say any answer is likely to be a guess.”

I’d read in a forum that super-sellers in traditional publishing houses subsidised less successful titles, and most books (by volume) didn’t sell more than 200 copies. Just as depressing, Lisa White heard in a training webinar that an average indie book sells 100 copies. Chris Longmuir added that a friend in the traditional publishing industry once told her that the average first novel only sells about 350 copies in total. ‘I think most self-publishers sell more than that,’ she added.

The Importance of Being Indie

When it came to attracting the attention of a literary agent, Elizabeth Johns mentioned a writing friend whose agent had told her that sale would need to be at least 25,000 (of an indie book) for a publisher to look at her. This may, of course, apply uniquely to the US market where Elizabeth publishes romance.

Dave Sivers had heard that the traditional publishers aimed to sell at least 2,000 copies including library copies Perhaps this was a book ‘earning its corn’. ‘

But as indies we need to beware of judging our sales by those rules. Bear in mind that if you’re in Kindle Unlimited (on Amazon) and are getting paid for pages read, you may earn more that way than through actual sales – so sales alone as a measure of ‘success’ may be a bit outmoded.’

Publishing regularly and publishing in an area that sells are basics for good returns.

Rebecca Bradley commented that we should also look at similar genres/sub-genres. Comparing sales of a romance author to a ‘how to stop your dog barking’ author would not give a useful result.

Whereas romance novellas (40-60,000 words) are popular, and writers like Fenella Miller can produce several a year, historical fiction is often longer (100-125,000 words), as Margaret Skea remarked. And then there’s the research… 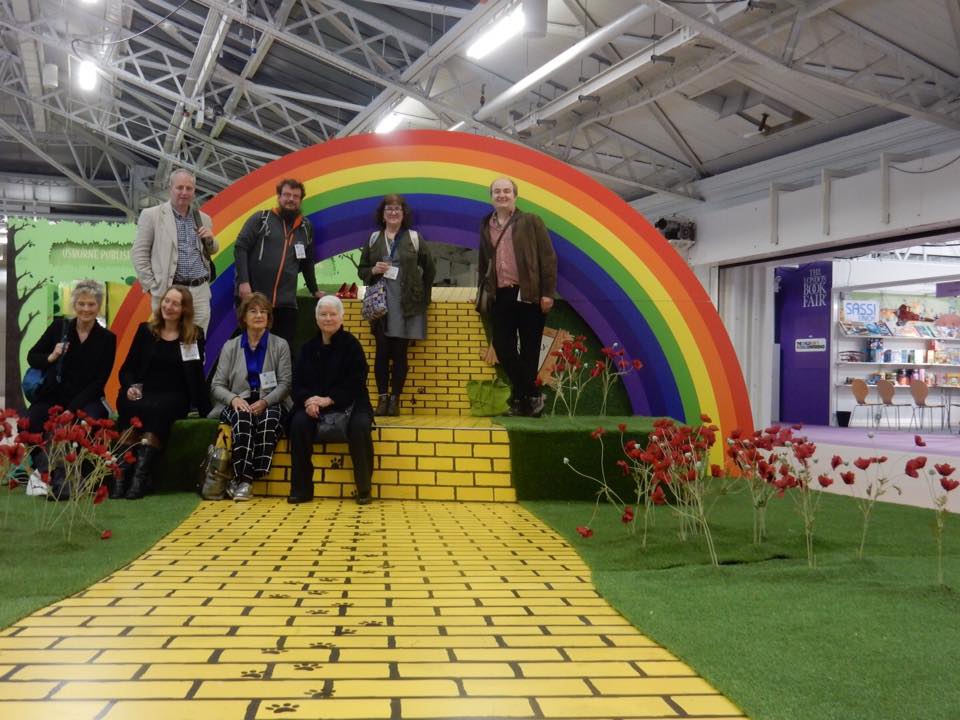 What’s your definition of success? ALLI authors seek the end of the rainbow at the London Book Fair (Photo: Thomas Shepherd)

What’s Your Definition of Success?

Many indie authors are content with break-even. The cost of a well-designed cover, editing and formatting can amount to several hundred pounds/euros/dollars. The satisfaction of getting the story out is higher than making a vast profit. Tim Lewis‘s blogpost about author income gives a very detailed breakdown about achieving this.

Other authors have stronger commercial drives and treat their writing as a full-blown career which will more than pay the mortgage.

Karl Drinkwater made the very good point that using the number of book sales as a measure of success might also depend on if you measured print only, or e-book, or both combined.

In the UK, the Society of Authors found from consulting its members that the average/mid-list full-time author with a traditional publisher earned £11,000 per year.  Jean Gill did some maths for us. “Assuming 10% of cover price in royalties and books at £10,  that/s 11,000 books per year – which I suspect is probably as good a guess as any other. I do know a literary agent laughed at me on a train in 2002 for my first (traditionally-published) novel having sold 1,000 copies – “not nearly enough to be interesting”.”

Jane Davis continued to read that only 5% of books sold over 1,000 copies, so all of her budgets were based on 1,000. She thought that was probably on the optimistic side but she wouldn’t budget for failure! And Cindy Rinaman Marsch was proud of her 1100 sales of her first indie historical, literary-bent novel in its first year.

As Long as a Piece of String?

Louise Walters thought there was no definitive answer. Each book seemed to have its own trajectory, whether trade or self-published. Her trade-published first novel sold approximately 8,000 copies in hardback and paperback and 5,000 in ebook, but she was still dropped by her publisher. Another author at the same publisher had sales in the hundreds but was bringing out a third novel with them. So it was impossible to define a good number of sales.

Debbie Young reminded us of one important thing to note about sales: most trade publishers will delist a book if it doesn’t sell more than a certain number of copies within a set period: “As self-publishers, the clock is not ticking in the same way for us, because we can keep our books on sale forever, and they only go out of print if we choose to withdraw them. We can afford to have books on slow burn if need be.”

I couldn’t agree more. My first book, INCEPTIO, was three this year and still sells steadily as well as being the hook for giveaways. If your book didn’t vanish like a butterfly after a few months, you could build a series around it.

This is a massive plus of self-publishing.

Nobody knows! But here are some broad conclusions:

And finally, Debbie Young’s comment throws some common sense on the question:

OTHER THOUGHT-PROVOKING POSTS ABOUT SUCCESS AS AN INDIE AUTHOR

How To Position Your Book For Success Right From The Start: Kathy Meis