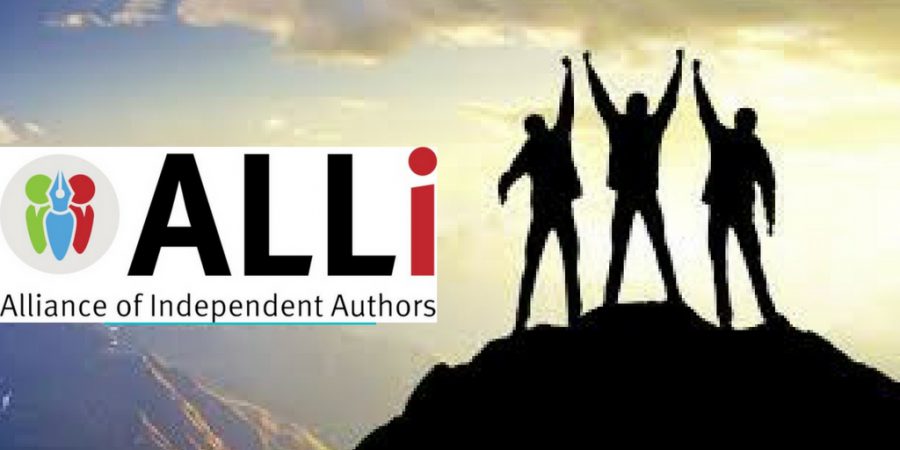 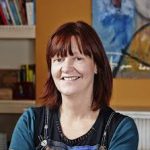 There is one of those articles doing the rounds, you know the sort, a Huffington Post piece, huffing that self-publishing is “an insult to the written word”, whatever that means.

The comments on the post — many from ALLi members — disprove the author’s thesis with aplomb and wit. And anyway, we already know that self-publishing, in a few short years, has given the world hundreds of thousands of fabulous books, some millionaire authors, some big-budget Hollywood adaptations, and — to me, even more exciting than such super-successes — a growing band of authors who are steadily building fans and followers to the level where they can make a living from their writing, without compromising their creative intentions.

And all the while getting validation and feedback from the people that most matter: their readers.

Indie Can Still Be Stigmatized

Nonetheless, it can be painful to some self-publishers to be treated to insult and injury at what might already be a tough time of the year.

For most people in the book business, December holidays spells bonanza. Not necessarily for indie authors, though.

“I hate it,” an ALLi member told me recently. “All my family and friends are book buyers, and they give each other the latest trade-published bestseller, or whatever was well-reviewed in the Times. Some of my closest family and friends are biased against indie books and wouldn’t dream of buying one of mine. And even those who are supportive never look beyond me, or seek out other indie work.

“In ALLi we can forget about it, but in the rest of the world, indie is still stigmatised.”

The reasons for this stigma have been widely debated but one reason that’s rarely discussed is becoming more obvious as indie successes pile up.

Watching self-publishers following their dreams, doing the work instead of seeking validation from publishers, agents or critics, makes other people uncomfortable.

Ours is a great calling. It’s no small thing to want to be a good writer, or a good publisher. To be both together is an incredible achievement.

The people who love us can fear for us, as we set out. How can they know if we’re any good without a trade publisher or literary agent to validate us? And with so many books out there, how can we expect to succeed?

For others, we may be shining a light on their own fears of failure, their own need to stay safe and fight shy. People like the Post’s huffer, who’d rather shout “Vanity!” and run away than do the work and put themselves out there.

Is it vanity to publish your own work? Wanting to write and publish certainly has ego in it, part of the struggle by the self for recognition, its wish to insist: I’m here. This is what I think and feel. Here’s what most matters to me.

In the doing, though, in the day-to-day work of meeting one creative challenge after another, the cry of the ego becomes something else.

We may start out doing it for ourselves but we end up realizing we’re also doing it for everyone. The creative process, what it asks of us, transforms us.

We need to understand this, to know what it means to be a creative, to recognize that the joy is not in the opinion of the worldly world, but in the act of writing and publishing itself. In the serving of our readers, the best way we can.

Owning our deeper motivations helps us to hold the creative space where the magic of great writing, and great publishing, can happen.

Sure, lots of people don’t understand self-publishing, not yet. Maybe, despite our best efforts, they never will.

But the critics and nay-sayers and haters can only hurt us to the degree that we agree with them.

We all have moments where we think the worst of our work but we cannot live from there if we are to get up in the morning and do what must be done to get another book out.

Why spend time or energy on begrudgers, when we have each other? We are part of an expanding band of creative, hard-working, dedicated, talented, generous authors, in the vanguard of a movement that is transforming reading, writing and publishing.

One of ALLi’s ongoing campaigns is Open Up To Indie Authors (please sign our petition here).

And one of the delights of 2016 was the sense that it’s beginning to happen in more significant numbers. That more and more bookshops, libraries, literary events and prizes, and reviewers are realizing that they must make room for self-publishers in their programs, if they are to do their jobs properly.

Our community has many successes to point to. That’s not my opinion, that’s just a fact.  See below for some ALLi members’ achievements, a quick response on our Member Forum to a call-out for this post. (It’s a Facebook forum, so the writers links will take you to their Facebook profile and from there to their websites)

We know that there are many, many more self-publishing successes to report, both inside and outside our membership.

So, not as any sort of riposte to anyone but because it’s New Year’s Eve, a day to celebrate success, can we hear from you if you’ve placed or won a contest; obtained representation; sold translation, TV or film rights; launched a bestseller, or otherwise done something  horn-toot worthy over the past year.

And tomorrow in Part Two of this success-fest, we’ll have a round-up of 2016’s Successful Sunday posts.

Today, no matter where you are in your development as writer or publisher, let us know what you’ve achieved over the past year in the comments below.

Let’s show the world just how wonderful it is to walk the indie way.

And let’s make 2017 our most creative year ever.

All of us at ALLi wish you a new year full of good health, wealth, happiness, readers and rewards.

Diane Capri: My indie release, Jack and Joe, had a good year. It was a finalist for the International Thriller Writers’ Thriller Award, took the Silver IPPY award for Thriller eBooks and made its first appearance on the USA Today bestseller list.

Joseph Alexander: I passed $1m in revenue with my non-fiction guitar guides.

Rebecca Bradley This year I’ve had two Audible books released which are Audible productions – traditional deal. The second, Made to be Broken, was an Editor’s pick.

Joe Cawley: 2016 was marked by selling Estonian publishing rights to More Ketchup than Salsa, and becoming a Shore Scripts Quarter Finalist with a 1-hour TV pilot adapted from the same title.

Wendy Jones: Due to the success of my indie DI Shona McKenzie Mysteries I was approached by a publisher to write a young adult series, The Fergus and Flora Mysteries. I signed a contract for a three book series. My first book Killer’s Countdown was given a Chill With a Book Award. I was also interviewed on the radio and as a result of this was asked to present my own radio show on books, reading and writing. I am also, this year, my second year as a published author, making a full time living as a writer.

Jean Gill: At 61, I’m very proud of being Miss December (with The Troubadour Quartet) in Ingram Spark’s Successful Indie Publishers Calendar. The French translation of Someone To Look Up To has been in amazon.fr ‘s top 100 dog books since publication in July 16 and the original has earned an amazon bestseller tag more than once in 2016; Plaint for Provence is shortlisted for the Chaucer Awards. How Blue is My Valley is being translated into Chinese. This is the first year my books have earned more than my photos and my gamble in leaving a high-earning career when I was 47, to write, is now paying off financially, as well as in fulfillment.

Jane Davis: My sixth self-published novel An Unknown Woman won Writing Magazine’s Self Published Book of the Year 2016. It was also shortlisted for a Book Viral’s book of the year award, and it won two awards for Andrew Candy’s cover design.

Claire Wingfield:  52 Dates for Writers was selected for serialisation with online book club the Pigeonhole.

Dan Holloway: Not strictly books, but definitely written and creative and indie. I won the Creative Thinking World Championship this summer.

Roz Morris: My second self-published novel, Lifeform Three, has been making its mark outside the indie world. It was featured in Plymouth University’s One Giant Read initiative, a project to showcase quality science fiction, where it was reviewed alongside mainstream published books and was compared favourably with the work of Margaret Atwood. It’s now a finalist in the People’s Book Prize.

Amira Makansi: Our first novel, The Sowing, was optioned for a film production by Big Picture Ranch in Ojai, Calif.

Chrissie Parker: I won my first award, published my fifth book, was interviewed for the Huff Post and have been asked to guest present (as author) on my local radio station.

Alison Morton: I published the fifth book in my Roma Nova series, Insurrectio, which became a Historical Novel Society indie Editor’s Choice and was awarded the BRAG Medallion for independent fiction. My fourth book, Aurelia, was one for four finalists out of a field of 400 for the Historical Novelists’ 2016 Indie Award. I signed an agreement with Blake Friedmann Literary Agency this year to represent me for ancillary rights. They sold my first four books to AudibleUK which came out this December.

Shweta Aggarwal: I launched my first book Kite Crazy in March 2015. Since then I’ve been honoured with the Asian Women of Achievement award and featured on London Live TV on World Book Day. “Indian Moms Connect” in the US (the largest blogging / parental portal for Asian mothers) has chosen both Kite Crazy and my 2nd book Colour Carnival as one of their top five books.

Anna Belfrage: I published the second book in my 14th century series, Days of Sun and Glory. It has been awarded a BRAG medallion, an HNS Indie Editor’s Choice and a Reader’s Favourite Silver Medal.

Lorraine Thomson: This year I published Boiling Point, my 4th indie-published title, and signed a deal for an exciting new project with one of Europe’s largest independent publishing houses. Getting a bite at both apples.

Ann Victoria Roberts: My first novel, Louisa Elliott, published in 1989 by Chatto and by me in 2014, is now to be translated into Lithuanian. And in the same week, I heard from a German publisher that wants to re-issue their 1992 translation.

Belinda Pollard: My light memoir, Dogged Optimism, won Bronze in the Foreword Indies (judged by librarians and booksellers) and was a finalist in the NextGen Indie Book Awards.

Jonathan Stevenson: I have done a book signing in Waterstones, read at a school.. [and]… featured in the Mail on Sunday Books of the Year section.

Debbie Young: Being invited to read one of my stories at Cheltenham Festival of Literature. And at the meal beforehand with my (non-author) friend, being given wine on the house in the restaurant on the basis that I was a Festival author.

Patti Brassard Jefferson: I just bought out my partner at my first bookstore and am in the process of rebranding it as a P.J. Boox Bookstore. So now there will be two.

Karen Inglis: I now have schools contacting me to visit them on World Book Day,  including one school which wrote that Eeek! The Runaway Alien is a huge part of their Year 2 curriculum and another that has that book on its recommended reading list for Year 3 pupils, citing as it being great for reluctant readers.

Now your turn. If you’re an indie author, please let us know what you achieved over the past year in the comments below.