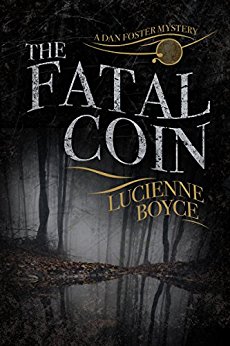 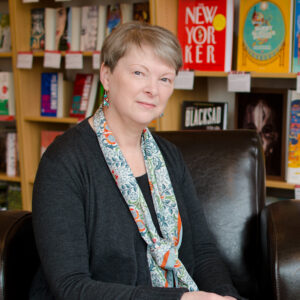 What do you do if a reader complains there’s a factual error in your book, and you know you’re right and the reader’s wrong?

Lucienne Boyce offers sensible and good-humoured advice drawing on her own experience as an award-winning historical novelist with a reputation for her thorough research and attention to detail. Her counsel isn’t only relevant to authors of historical novels, however – it also holds for all kinds of fiction and non-fiction writing. Over to Lucienne…

I should think every writer knows the fear of publishing a book that’s got a factual error in it. It’s something that writers in research-heavy genres like historical fiction are especially nervous about, but no writer is immune to making a mistake and having it pointed out – publicly and sometimes rather nastily.

What If They’re Right?

Obviously the best way to deal with this is graciously. Thank your observant reader and correct the error at the first opportunity.

What If They’re Wrong?

But what do we do if a reader points out something as a mistake when in fact it’s accurate? 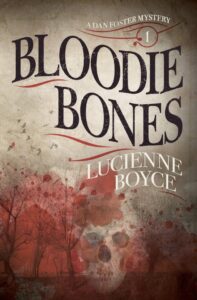 I had reason to think about this recently when I sent out my forthcoming Dan Foster Mystery, The Butcher’s Block, for beta-reading.

The novel is set in the eighteenth century and two of my lovely readers queried a reference to a telegraph system, and wondered if such a thing existed at that time.

Yes, it did. The British Navy had been using the shutter telegraph for some time and in 1796 it set up a signal system between the Admiralty and its Naval bases. So I could bask in the warm glow of being right.

But clearly the reference had jolted the readers out of the story. So now I was faced with an editorial dilemma: in order to maintain the flow of the story do I a) delete the reference or b) put in a nice, clunky, info-dump explaining it? or c) include a historical note at the back of the book?

Obviously (b) is not going to improve things; and (c) is problematic – to include everything the historical note would likely be twice as long as the novel; (a) then.

The Writer’s Responsibility to Readers

But hang on. Many readers of historical fiction say that one of the reasons they read is to learn about history. No doubt this holds true for other genres too.

It’s a dilemma that others face. Helen Hollick, best-selling author of the Sea Witch Voyages, told me that for her, issues often arise when readers in the US query English terms.

“One particular example periodically crops up from my Arthurian Trilogy, which is set in the 400s post-Roman Britain…I mention that war horses were ‘corn fed.’ It does become somewhat tedious having to explain that ‘corn fed’ in British – and horsey – terms means fed on oats and barley, not corn on the cob maize, and indicates a wealthy owner of a well-fed horse. – Helen Hollick

The issue doesn’t only affect historical novelists. A A Abbott, author of pacey crime thrillers, says of one of her books:

After The Interview features a fraud. It happens when a desperate man is made sole signatory of a bank account into which a company pays £ms to fund a tax scheme. Needless to say, he pinches it. One of my beta readers told me it was ridiculous; no large company would ever give just one person the power to make transfers from a bank account on his signature alone. It gave me little pleasure to point out that I’d worked for two huge organisations who had done just that.

So what’s the answer?

Sometimes, though, perhaps a dignified silence is best. I don’t think there’s much you could say to the reader of David Ebsworth’s The Jacobites’ Apprentice who told him that lesbianism hadn’t been invented in 1745.

And my telegraph reference? I took it out.

OVER TO YOU Have you ever had to deal with a tricky reader query? What lessons would you like to share from your experience?

#Authors, what to do when a reader highlights an error in your book - and he's wrong! By @LucienneWrite Click To Tweet

USEFUL POSTS FROM THE ALLi ARCHIVE ABOUT READER RELATIONS