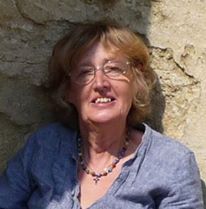 In the run-up to the publication of her second novel The Labyrinth Year, the sequel to Baby, Baby, British indie author Claire Weiner (who writes as Mari Howard) considers the process of soliciting and receiving book reviews, and debates whether all five-star reviews on Amazon should be taken seriously.

You know that feeling – inspiration hits in response to something you read – article pretty much plans itself in the brain but life takes over, and the thing slips through your hands. Today, post-posting off my re-read, finally edited, follow-up to Baby, Baby, the memory returned: friends, glazed eyes, and five-star reviews. Someone had written on the validity of 5-star Amazon reviews, and my response button was set buzzing…

Friends are the best: retail therapy, encouraging, intelligent interest in the WIP (work in progress). Friends are the best if they hold the key to some research: my friend the GP with her quick-response medical personality, and helpful guidance about a staggering range of diseases, conditions, and treatments the characters might need; my friend the thoughtful, but fiery, Scot with the down-to-earth wisdom; my friends’ lively, curious, precocious children.

Never ‘characters’ in the story, but colourful pieces of the patchwork (or the fruitcake?) of the writer’s world. And friends who ask you to tea and ply you with cake and are, essentially, friendly. Including my copy-editor, who’s turned out to be a superb beta-reader, enjoying the text for itself while admitting it’s the kind of book he’d never usually read.

Self-publishing has had a bad name, backed up by the problem of the ‘no self-published’ review rule. Maybe it was wise to have this helpful rule of thumb in the past – how does the editor sort through the plethora of newly-published books? So, if it’s been accepted by a publisher, that surely is one way to trust it may have some quality. And now, in this digital age, the possibility that someone has sent something without style, quality, flair, originality is a real.

As a crazily curious optimist, I admit if a friend writes a book, I’ll give it a go – (there’s always the possibility it might be good, and it doesn’t have to be a best-seller to be fun, or interesting). But there is the friend who defends themselves from the embarrassment that a (‘self-published’) book might be hideously bad, who with an awkward laugh says ‘I never have time to read!’ The eyes glazed over, the retreat hastily made. 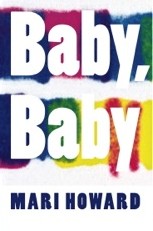 By contrast, there’s the one (maybe from a writers’ group) who gives a 5-star review to all her writing friends. As the slang phrase went, ‘too, too, supportive’. What should prompt 5 stars? Probably a tick list of plot, depth of character, style, lack of cliché, page-turn-ability, and production. Or am I over-fussy? Someone recently mentioned their wariness of too many 5-star reviews: I went to my Amazon page and checked all my reviewers. Did they regularly review other books? Or was their review for mine their first and only?

Creepily, there were some who’d only written a review once, and it was for mine. Sweet of them, and they had genuinely loved it. But I’d only have given four to my Baby, Baby. It’s a debut novel, so there’s a way to go to become a confident, top-of-the-game writer.

The reviewers I really appreciated were those who read and reviewed widely, but roughly within a genre which connected with my writing.

So, hoping The Labyrinth Year will call back friends and others, and they’ll enjoy this Baby, Baby follow-up, I’m sticking with my conviction: my top reviews for others remain usually 4-star, unless I am absolutely over the moon. The only way to keep superlatives up my sleeve for those stories which bowl you over flat, and you could even read again.

Clare Weiner, who writes as Mari Howard, is the author of "Baby Baby", published by her company Hodge Publishing and listed for the People's Book Prize (Fiction). Based in Oxford, England, she is now writing the sequel. She blogs at www.writethinkeditblogspot.com about writing and what inspires her to write.